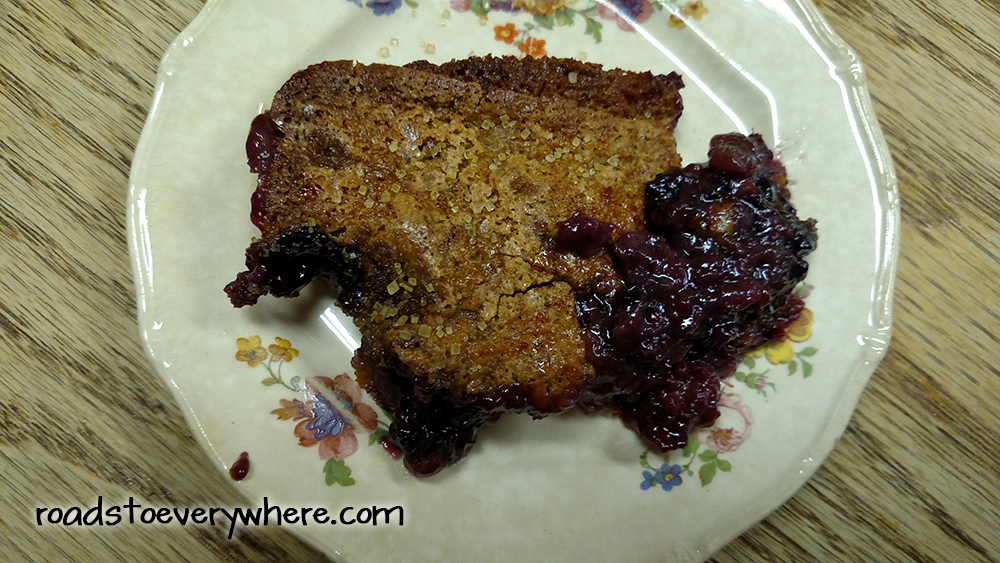 I remember going out into the woods to pick blackberries when I was growing up in the south. Summers were hot and humid then. I guess they still are down there, but I don’t live there any more, so I really can’t say for sure. The blackberry bushes were covered in briars–“stickers” we called them–so we would inevitably get scratched up in the process of picking.

When my mother noticed the wild blackberries getting ripe she would send us out to fill up our buckets with the promise of a fresh blackberry cobbler with ice cream after supper that night. She really wanted us to get enough so she could put some in the freezer or make jam or something, too. While blackberry-picking does go somewhat faster than huckleberry-picking, I’m not sure Mother’s crew of pickers was exactly efficient at the job.

I think we probably popped more berries into our mouths than into our buckets. No doubt we wasted a good bit of time whining about the heat and the stickers. We were cautioned to watch out for snakes. And then there would be mosquitoes and ticks to deal with. Picking berries was not for sissies.

The summer I was 19 (just before I got married that fall) I remember going out to pick blackberries with my brothers. By that age, I was a little more appreciative of the opportunity to have fresh berries so I worked a little harder at the job. My brothers thought it would be a good idea to take the dogs along to possibly scare off any snakes that might be lurking under and around the blackberry bushes. I was all for that. 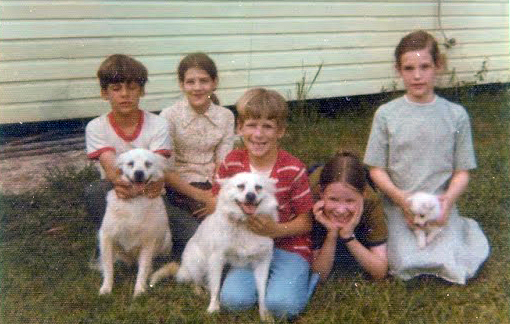 I don’t know what made the boys decide to offer the dogs a taste of blackberries, but I sure wouldn’t have expected them to like them. They did, though. That was a problem. The dogs begged for the berries as fast as the boys picked them. And so, my clever brothers figured out they could teach the dogs to pick their own berries. They offered the dogs a berry still on the vine and the dogs took it. That was all it took for the dogs to start picking berries as fast as we could. Too bad they couldn’t also be trained to put berries in the bucket.

In spite of the “hardship” of picking blackberries, they are my favorite berries. My friend Farrah remembered that I had mentioned that before, so a few weeks ago she invited me to pick blackberries in her backyard. They have one bush, but they had already picked as many as they wanted so she was happy for me to come pick what I wanted. I’m not sure what variety of blackberry her bush is–she didn’t know either–but it was much larger than I expected and just loaded with luscious, fat berries. 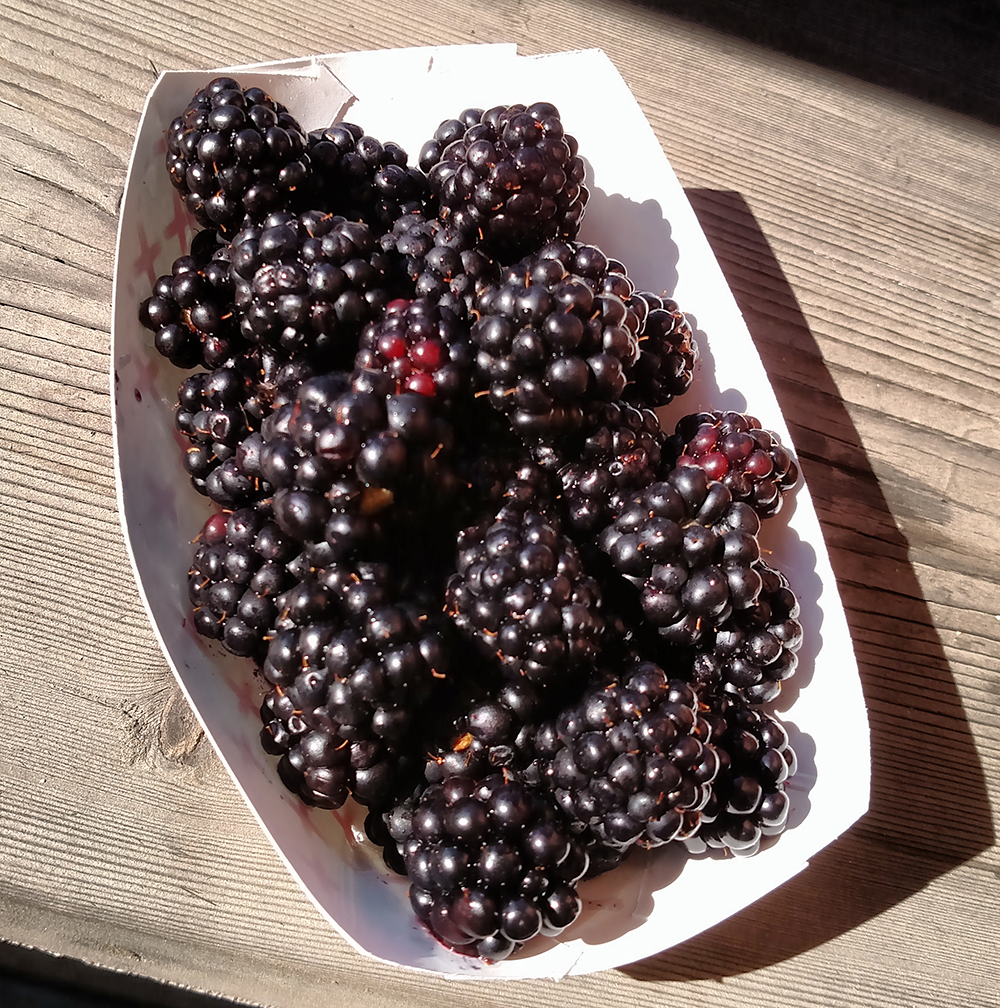 I’m pretty sure those berries are twice as big as the wild berries we picked in the hot summers when I was a kid. And to my great surprise, Farrah’s bush had no briars. None. It was a totally sticker-free bush. I crawled all over around and under that bush, garnering as many berries as I could reach. I didn’t have to worry about snakes or mosquitoes or ticks. And no berry-eating dogs. (Though our dog might have very well tried it had she been along.) I was thrilled.

You know what I made the next day, don’t you? Blackberry cobbler, of course. And I still had enough to put in the freezer for later.

Should you have the opportunity to pick blackberries (or find them on sale at your grocery store), here’s my recipe:

Preheat oven to 350 degrees. While oven is heating, unwrap butter and put in 9 x 11″ pan in oven so butter can melt. Remove the pan from oven as soon as butter has completely melted. Mix together flour, sugar, milk, and baking powder. Pour this batter on top of melted butter. Scatter berries over batter, then sprinkle brown sugar and cinnamon on top. Bake at 350 for 1 hour.