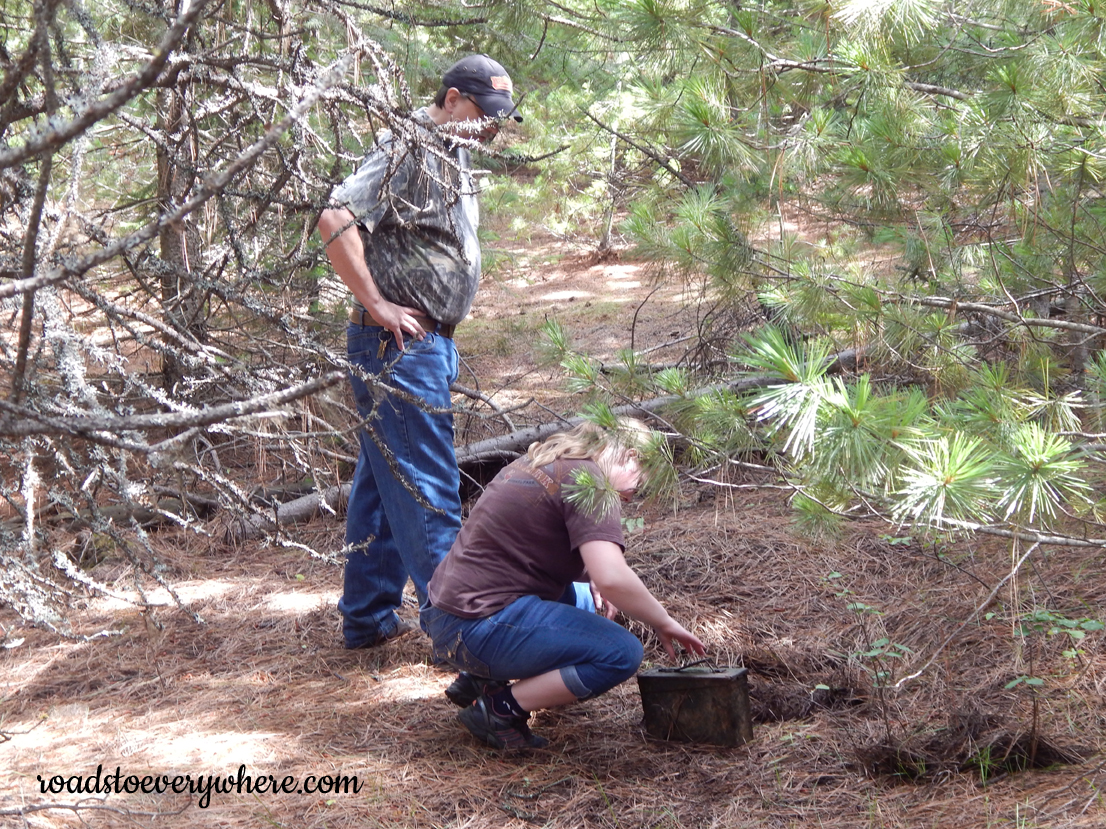 We discovered Geocaching back in 2001 when our kids were still pretty young. It’s such a fun family activity, especially in our area. Early on–in August 2002–we decided to place a cache of our own near our home in Kellogg, Idaho. After filling a coffee can with an assortment of trade items, we set off up the mountain to place our cache near a scenic overlook of the Silver Valley. We would get an email any time another Geocacher found it. This is the original listing on the Geocaching website. We enjoyed reading comments and seeing where people were from. After a few months, we learned that the coffee can lid had been chewed by a critter, so we went to the Army surplus store and bought a metal ammo container to replace the coffee can. Even after we moved away from Kellogg, we went back to check on the cache every now and then over the years.  We tried to keep it well stocked with fun trade items. It was fun to read the log each time we visited.

Last summer we received notice that several people in a row hadn’t been able to find it, and that it would be deactivated unless we were able to confirm it was still there. Since we lived in Colorado at that time we weren’t able to check on it, and so it was retired.

This past weekend Lyle needed to go to the Kellogg shop to check on some electrical problems. It didn’t take him long to fix the problem, so he suggested we drive up the mountain to see if we could find the old cache.

We got out and tromped around through the trees. 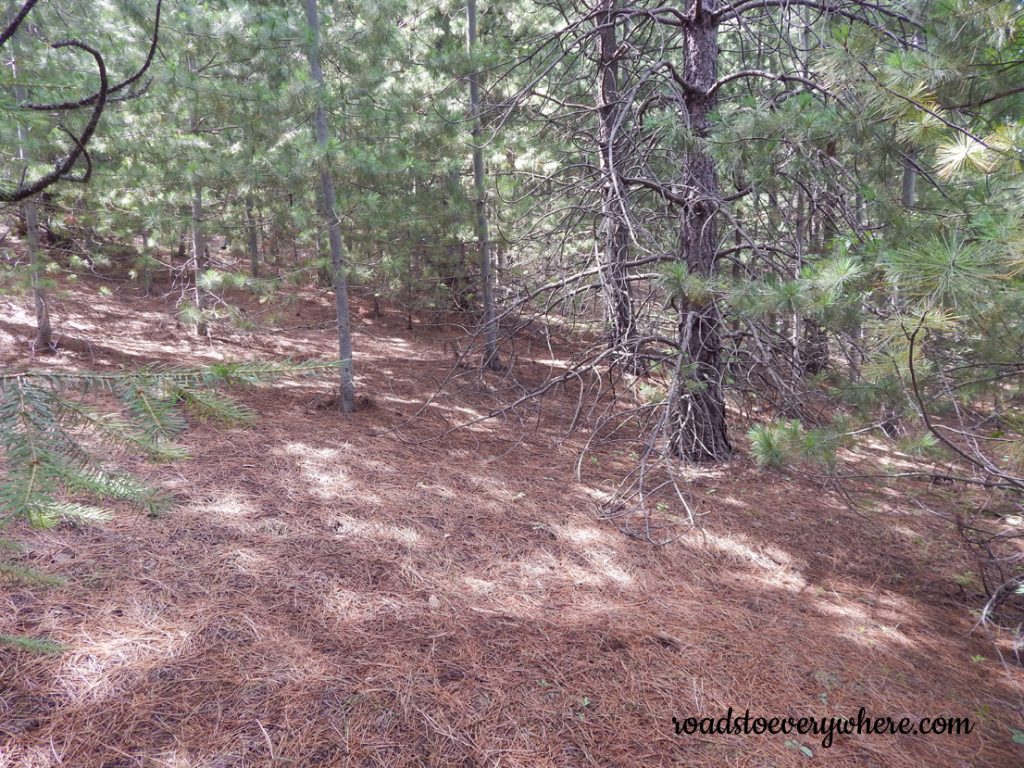 We knew we had hidden the cache in a “hole” under a tree. Here’s our original “spoiler” picture. The cache is under some of the forest debris–pine needles, sticks, moss… 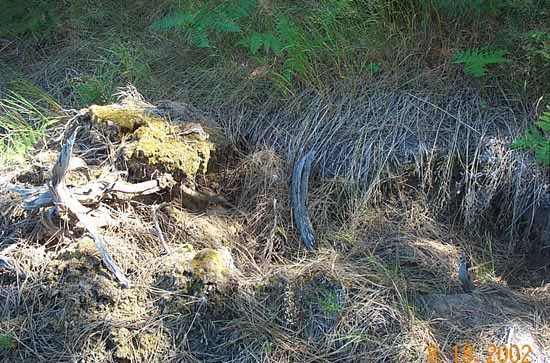 …should be easy to spot, right?

Wrong! A lot can change in a forest in 14 years. 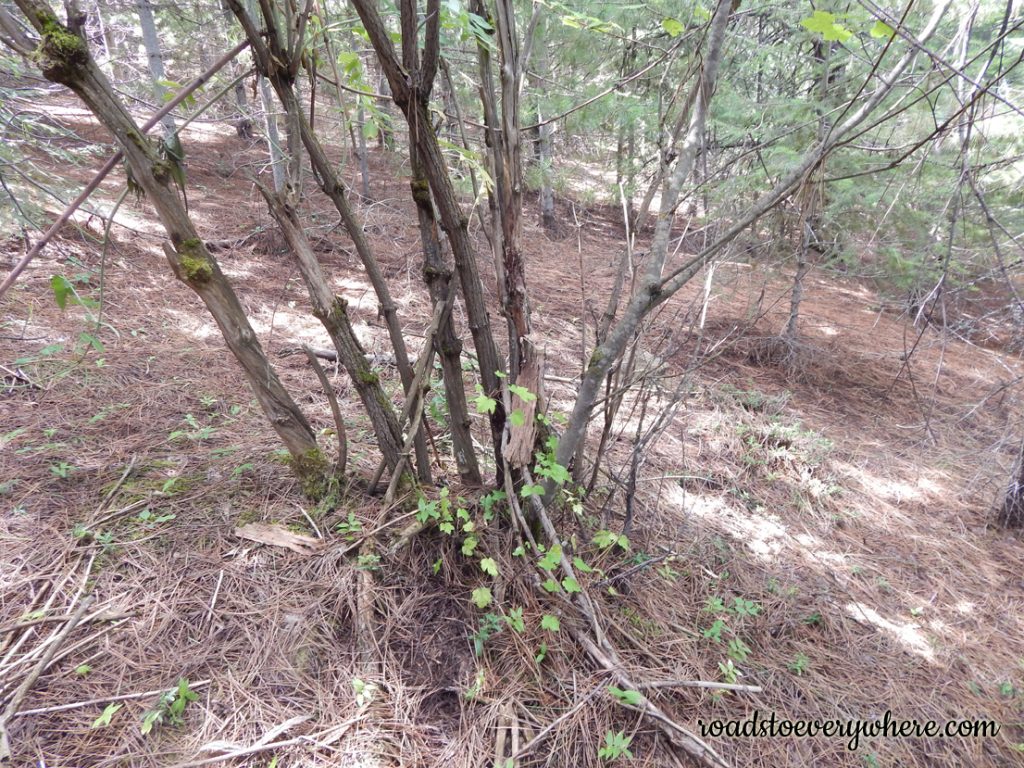 So we tromped around some more. I did get some neat macro shots. 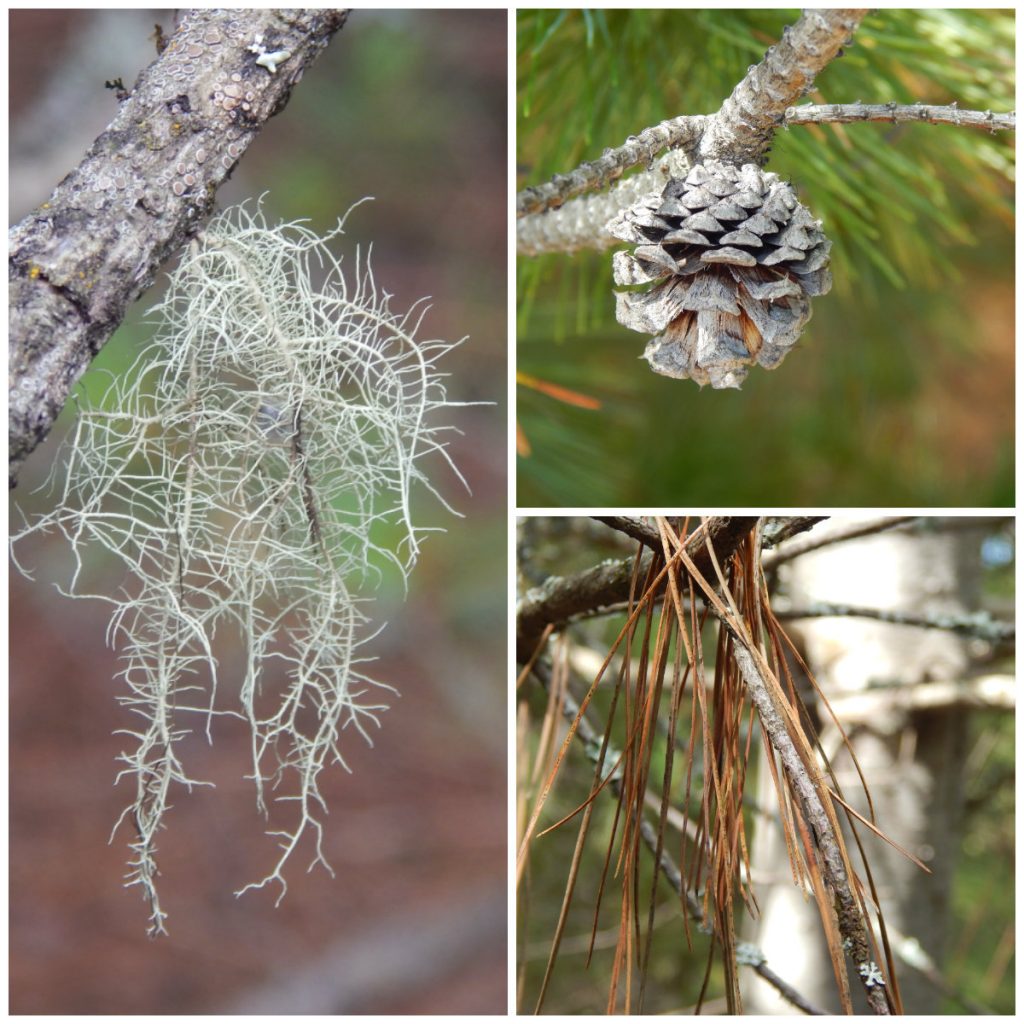 We were just about to give up when Lyle hollered, “Found it!” 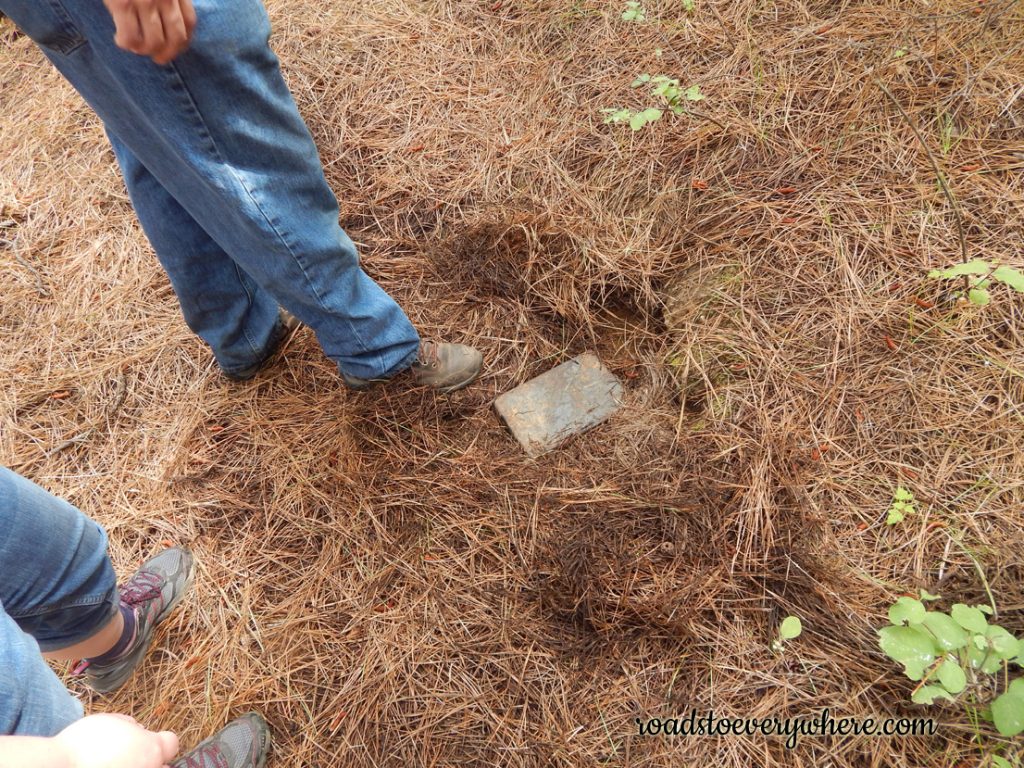 He had been kicking around in some pine needles and heard something hollow. 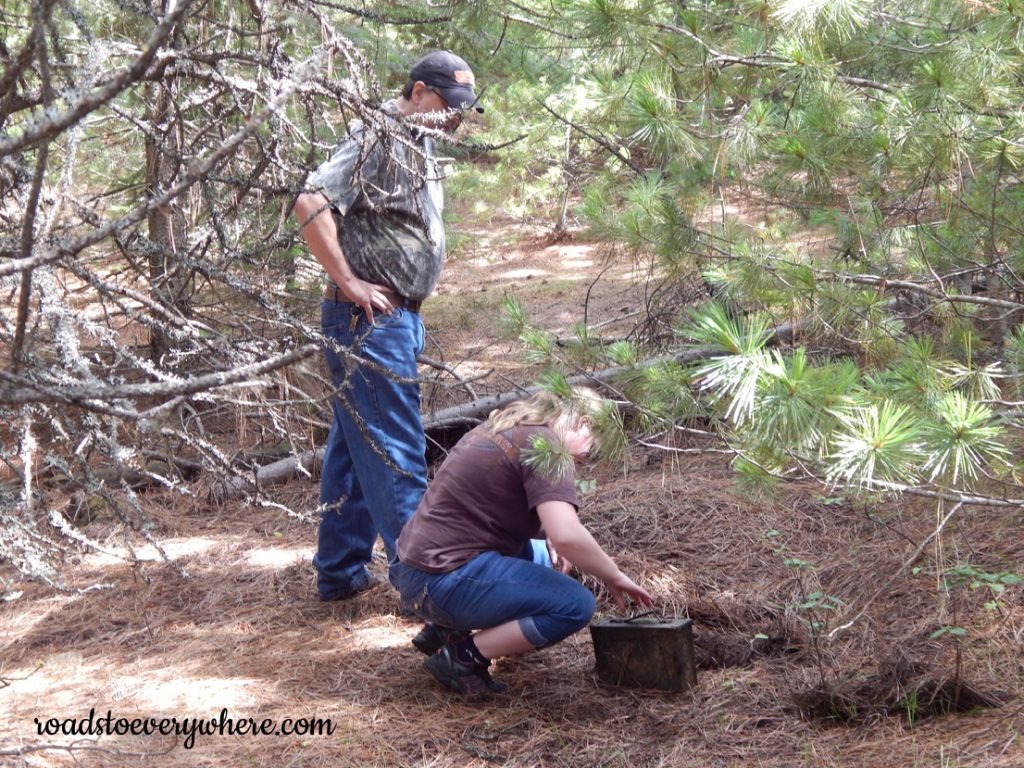 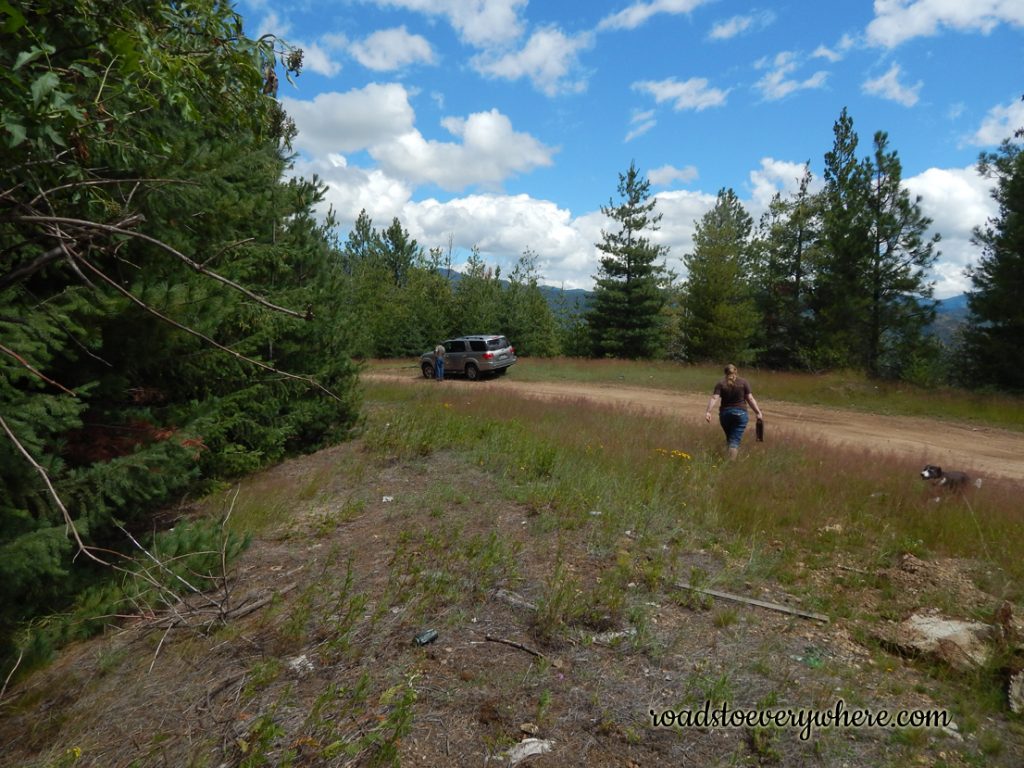 Since it had already been officially retired, we took it back to the car with us. 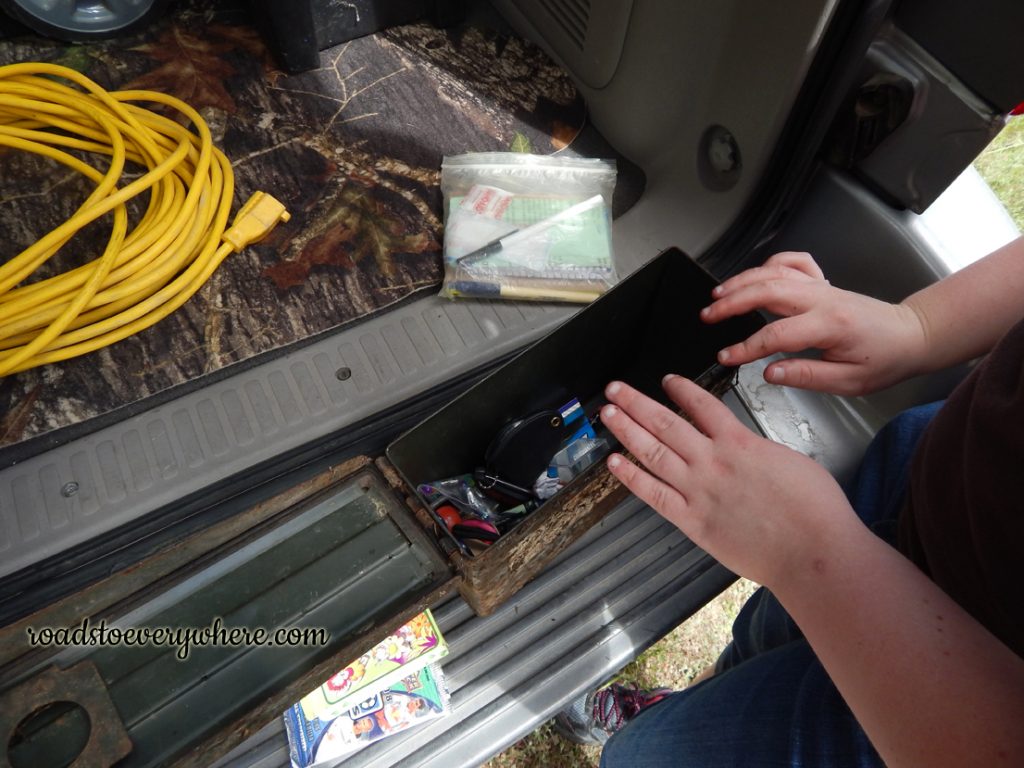 We were impressed to discover that everything was dry and in pretty good shape for how long it had been buried in the forest. It was especially interesting to read the log book. I typed it up for our archives and you can read it here: Log Book for the Silver Valley View Geocache.

We had originally placed the cache in that spot so that people could enjoy the view of Silver Valley from up above. At that time, a reforestation project had been started, and by now the trees are flourishing… and blocking the view at that particular spot.

On the way back down the mountain, Lyle decided to try a little bit of off-roading in the Sequoia. I mean, if you’ve got an SUV, shouldn’t you at least have a little fun with it? He said it felt more impressive than it looked.

I believe him. I was glad to be taking the video and not in the truck.

I think we’ve decided to restock the ammo container but find a new place for its next incarnation as a Geocache. I’ll let you know if and when we place it so you can go look for it!

Have you ever been Geocaching?