One hundred years ago yesterday a baby boy was born to Frank and Kate Easley in Jackson County, Oklahoma. They named him Gordon Wilson. He told me once that his dad admired a religious writer named Gordon and that one of his uncles admired President Wilson, and that’s how they chose his name.

I just called him Granddaddy. 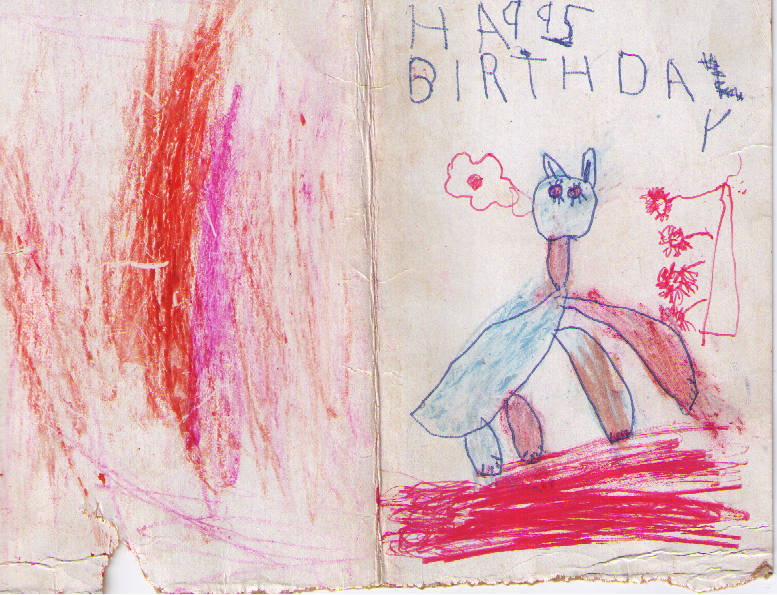 In 1971 I made Granddaddy a birthday card. I had not yet started school, but I knew all my letters. So Mother dictated to me how to spell things… “H-A-P-P-5…” Five?? Well, come to think of it, five does sound a little like Y! I’m really not sure what the critter is supposed to be, nor do I understand the background figures. 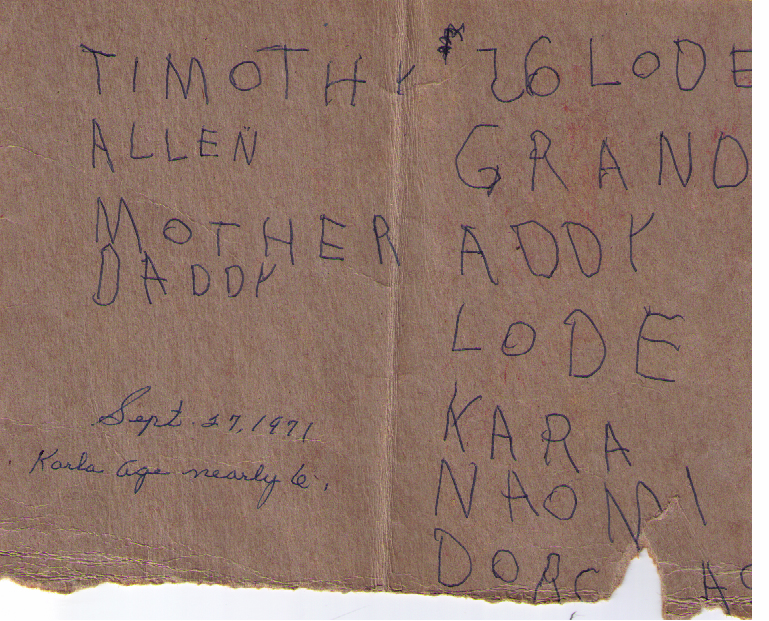 This is the inside of it. I strongly suspect that my “cardstock” was a piece of cardboard that served as an insert for a package of panty-hose. I remember Mother saved those for just such projects.

Apparently the card was meant to be from the whole family. Reading the left side first: “56…” (His age that year.) “LODE…” (That’s “love” not “lode” because D sounds like V.) GRANDADDY. LODE, KARA… (I misspelled my own name! Not sure how that happened!) NAOMI, DORCAS… (moving over to the left side now)… TIMOTHY, ALLEN, MOTHER, DADDY (because it didn’t occur to me that Granddaddy called my parents Pallie Sue and Darrell). Then in Grandmother’s handwriting, so she would remember later, “Sept. 27, 1971. Karla age nearly 6.”

As I mentioned a couple weeks ago, I had wonderful grandparents. Granddaddy was a great storyteller, and I’m so grateful that I had the foresight to record and write down many of his stories. I’m still in the process of archiving them. I hope to be able to share some of them with you here eventually.

Today, I want to tell you about Granddaddy’s 80th birthday… 20 years ago. Grandmother had planned a special birthday supper for him and invited those of the family who lived in the area. I didn’t, but my parents did, and so they went to my grandparents’ house for supper. When the meal was finished, my mother announced, “I’d love to stay for the rest of the festivities, but Karla has called. Our second grand-baby has arrived so I’ll be leaving now to meet her.” The fun part was, this was a huge surprise to everyone because no one knew we were in the process of adopting our second child. She had been born that evening, and Mother was coming to help take care of Laura so I could be with Rebecca in the hospital.

After that, we celebrated Granddaddy’s birthday with him whenever we could. 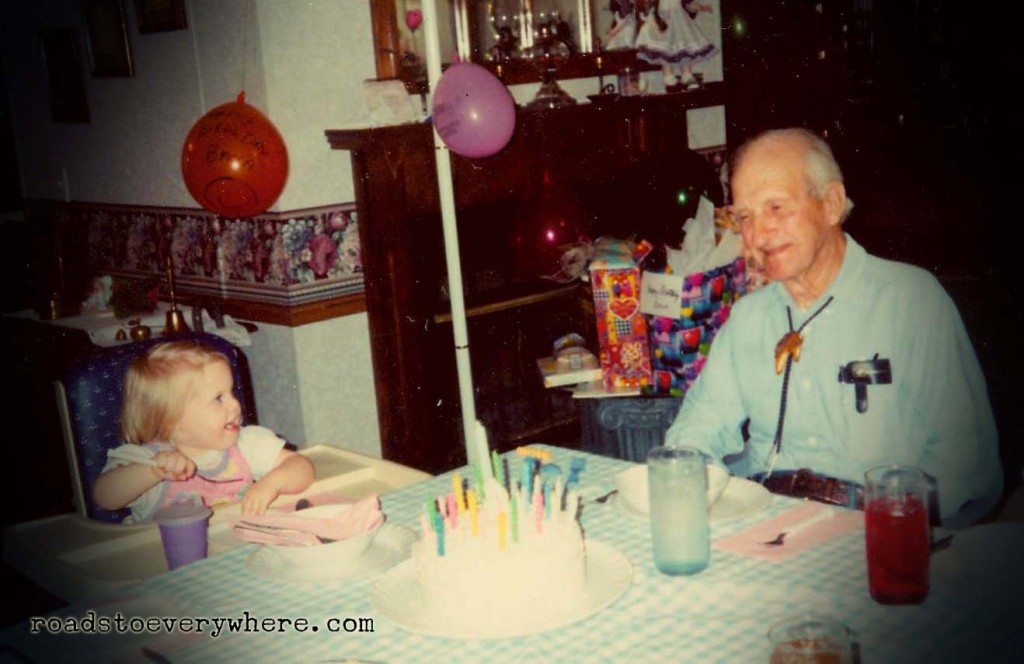 This was his 82nd birthday and Rebecca’s 2nd. You can see how fond they were of one another.

It’s hard to believe he’s been gone for several years now, and that chubby-cheeked toddler is now 20. We are so grateful for the heritage he and Grandmother left us, and we are striving to carry it on into the next generation.

The lines have fallen to me in pleasant places; Yes, I have a good inheritance. Psalm 16:6