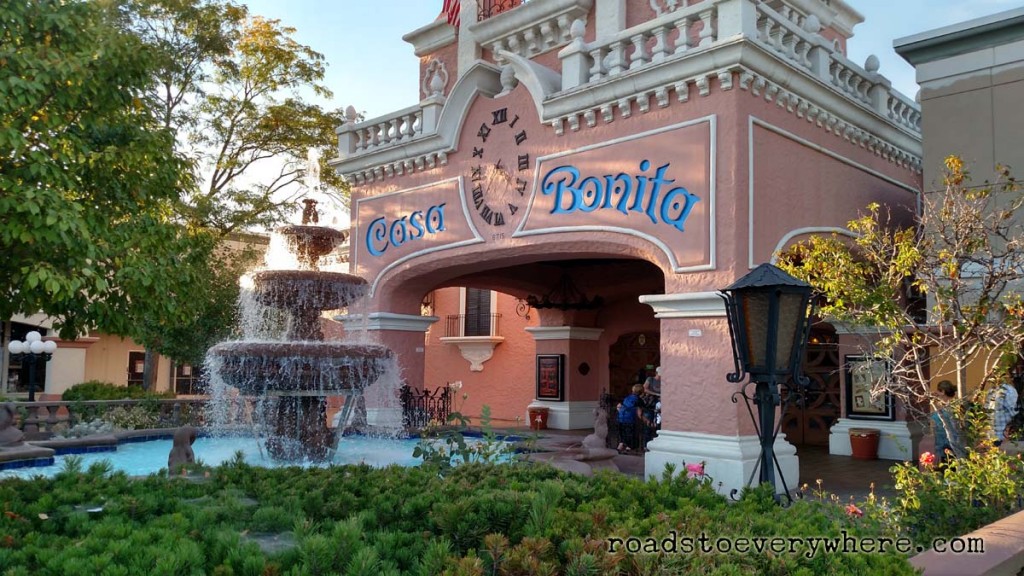 We wanted to go to a special restaurant for Rebecca’s birthday this past weekend. She had greatly enjoyed the melodrama of the “train robbery” at Silverwood theme park a couple summers ago, so I thought she might get a kick out of going to Casa Bonita for the first time.

Lyle and I had been there years ago with some of his family when Laura was a baby. All I remember about that occasion was that I had a bad migraine headache, and Lyle didn’t remember much about it either. Everyone around here says it’s one of those places you need to go to at least once… and that you don’t go for the food.

Turns out it’s actually a historic landmark in Lakewood. You can’t tell by the picture, but it’s located in a rundown strip-mall in a not-all-that-wonderful area of the city.

I read up on the reviews. That might have been a mistake. Some of them talked about how rundown and dirty the place was… the food was like frozen microwave dinners… the staff was rude… But others were a little more positive. Still, not a lot of 5-star reviews.

We decided to give it a try anyway. Our expectations were not super high but we thought it would be a fun family evening. And it was.

First of all, it is a very large restaurant. I read somewhere that it seats 1,000 people. We went on Saturday evening, and it was plenty busy.

Their method of serving is to funnel everyone through two parallel lines twisting around like an amusement-park-ride-line to place your order and pick up your food on a tray. The hallway is darkish and the lines are close together so it’s a little claustrophobic. I didn’t check the time but I expect it took us a half hour from the time we entered the building until we were seated at our table.

We had a great table on a little balcony overlooking the waterfall where all the drama takes place. I was happy about that. Also, the staff was friendly and helpful. We had a good waitress. 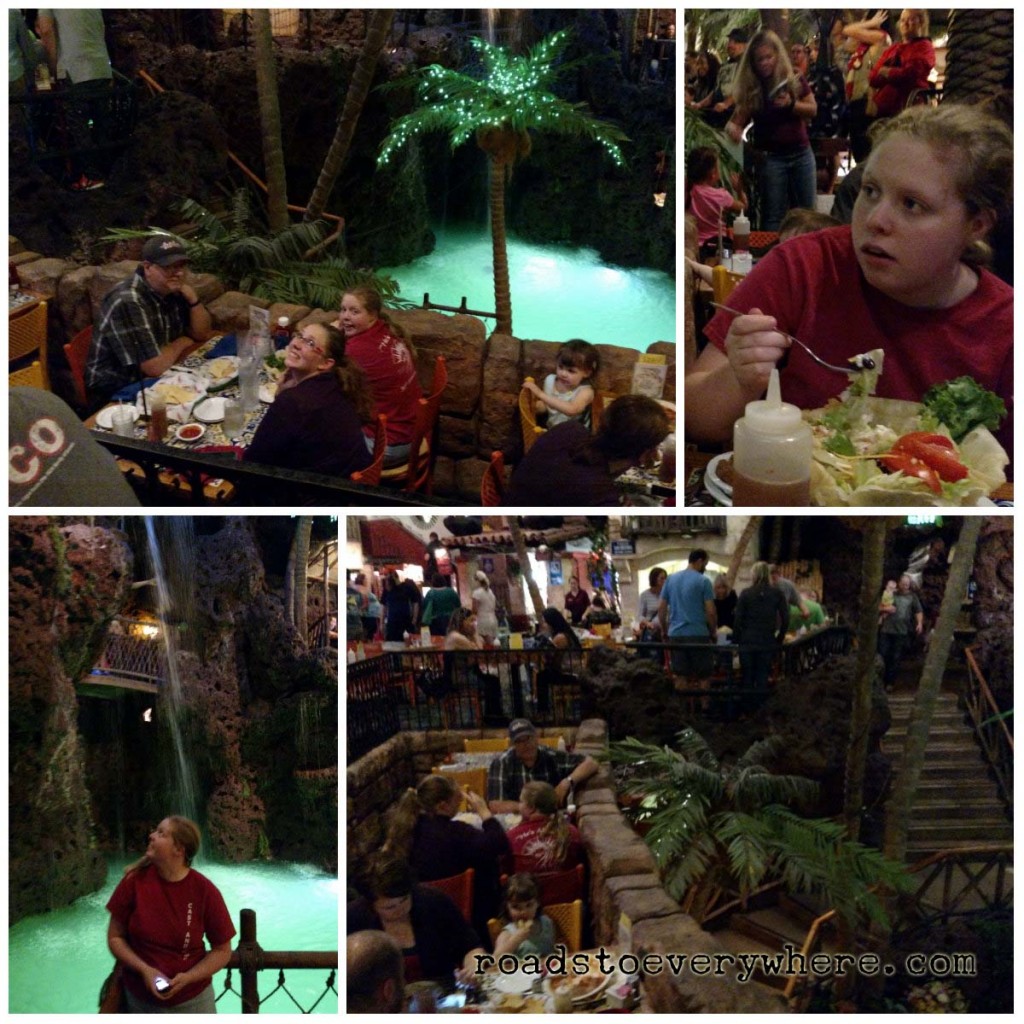 The food was okay. Nothing special but not nasty like some of the reviews made it sound. But then, we don’t mind eating at Taco Bell on occasion… so if you go expecting your food to be about like that, you won’t be disappointed. The chips and salsa were probably out of a bag and a jar, but that was okay, too. The sopapillas were not as wonderful as I remembered. Which was kinda strange, because that was the one thing the other reviewers all seemed to like. 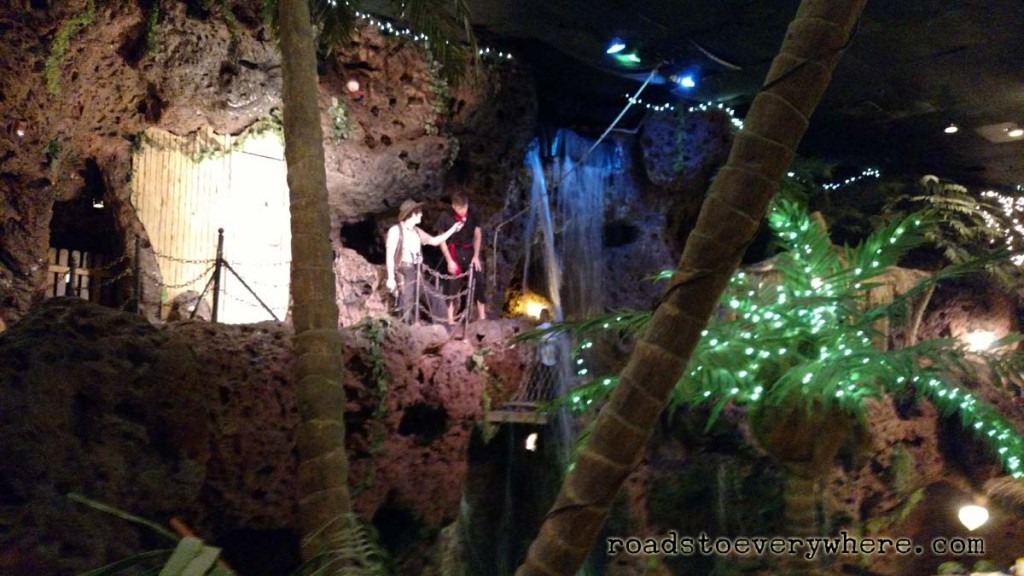 The entertainment left a lot to be desired. We expected cheesy melodrama, of course, but it was just… bad. The actors were very amateurish and they had to keep picking up and putting down the mics in between the action. Rebecca thought they should have used wireless headsets, but that wouldn’t have been practical either because part of the action had them pushing one another off the cliff into the water below. It may have had more to do with the acoustics of the building and then having to amplify over the noise of the audience, which made it hard to hear… but we just didn’t enjoy the skits as much as we had hoped. 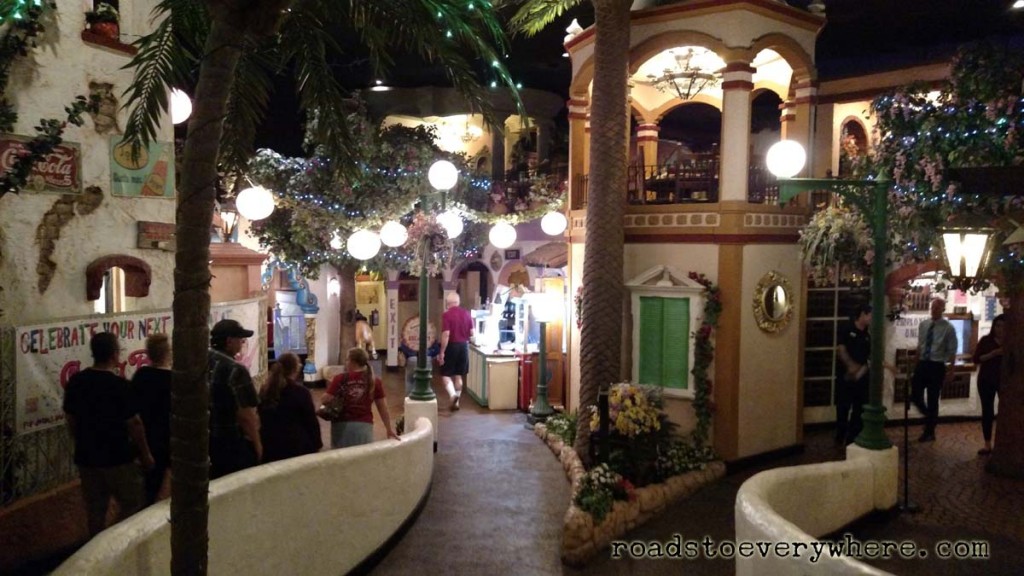 The building itself is definitely something to see, but sadly, it has been allowed to run down and is definitely showing its age and in need of maintenance. Still, they seem to draw a large crowd… so I guess improving the quality of the dining and entertainment experience is not a high priority for them. 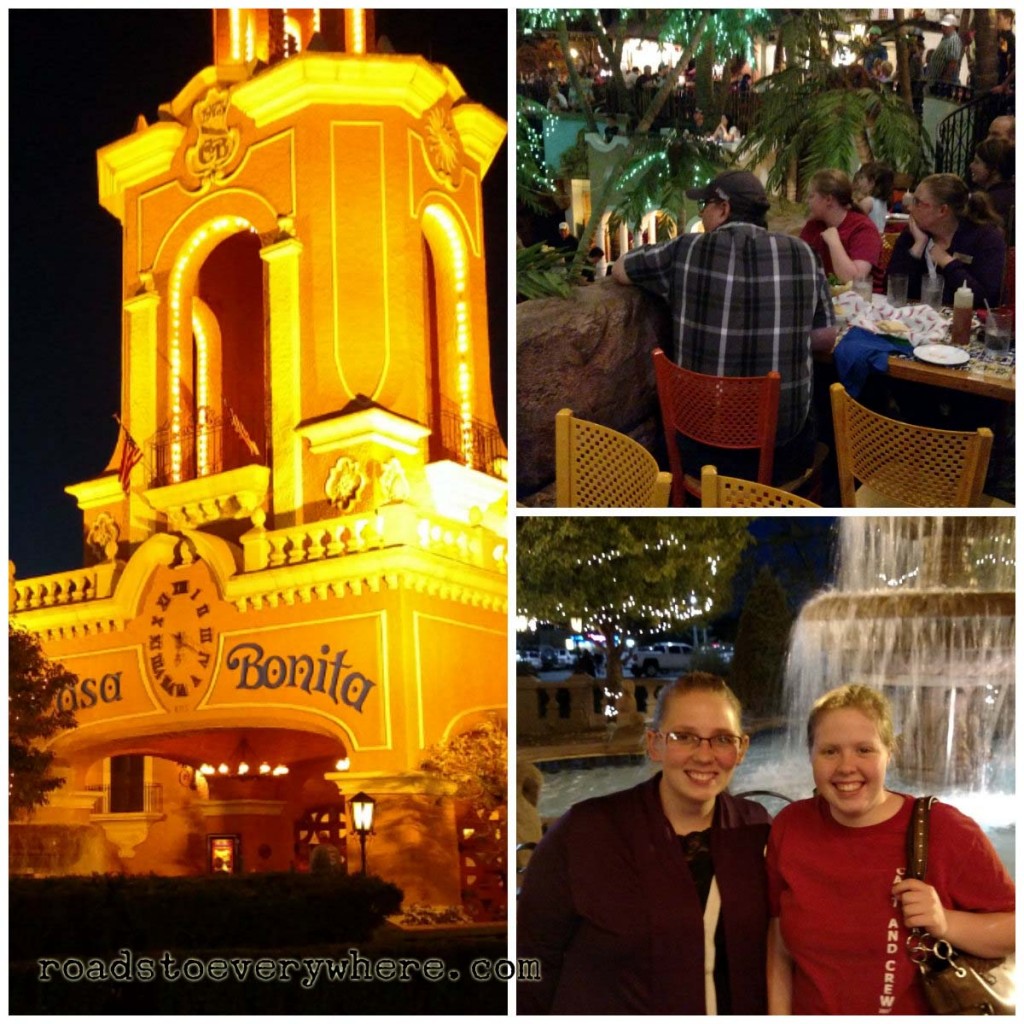 We achieved our objective of a fun family memory but none of us were impressed enough to want to go again.

Have you ever been to Casa Bonita? What was your experience?