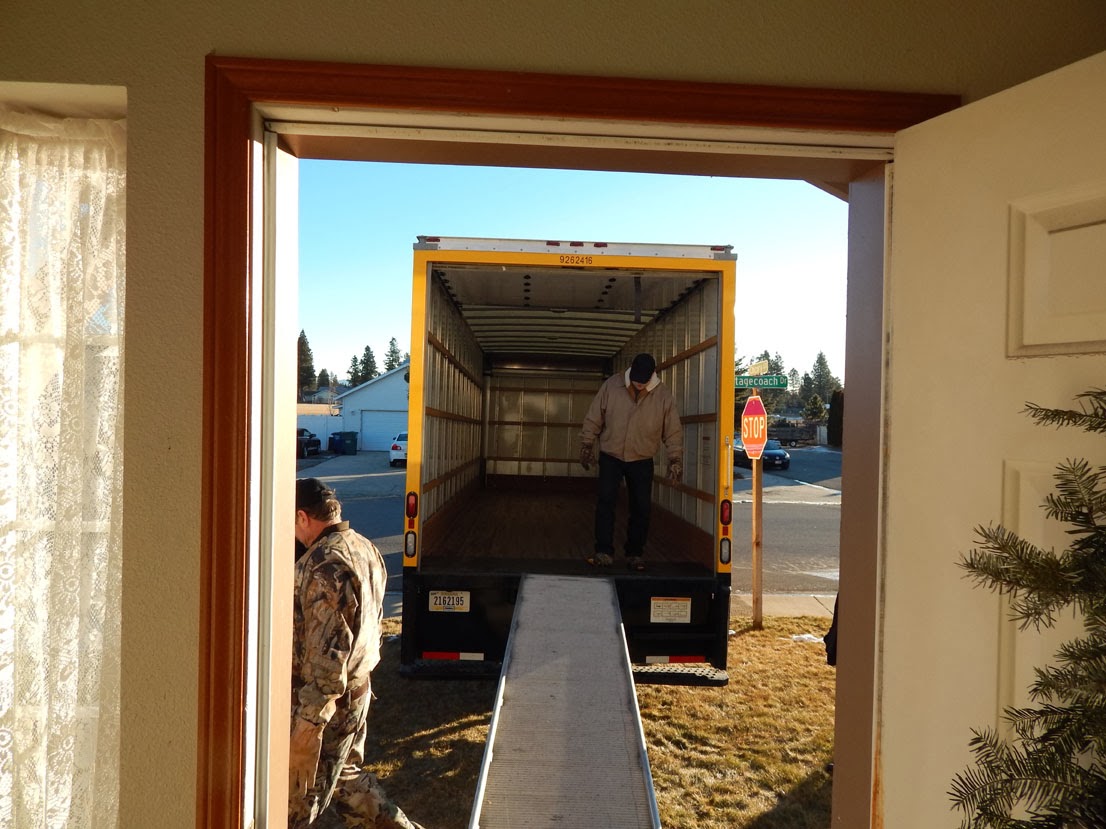 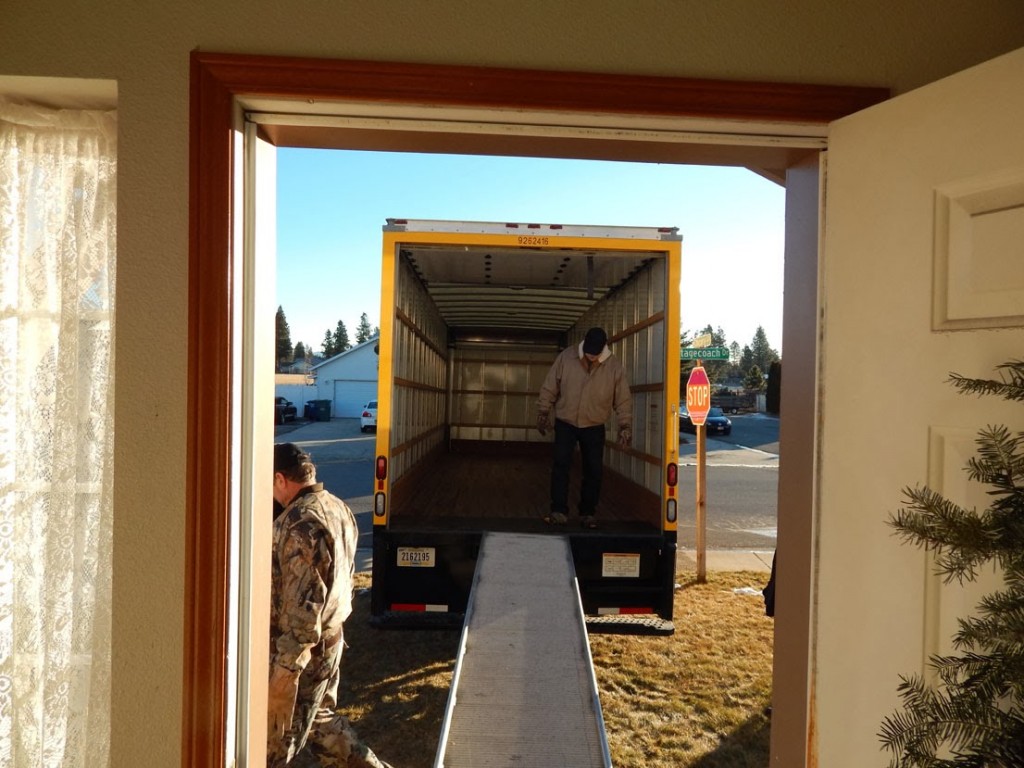 Saturday dawned cold and clear. We were so grateful for the sunshine, which is unusual for January in north Idaho. There were still patches of snow in the yard but nothing we couldn’t work around. We had rented the largest truck available (26-feet long). At the beginning of the day it looked like there was gobs of room for all our stuff. 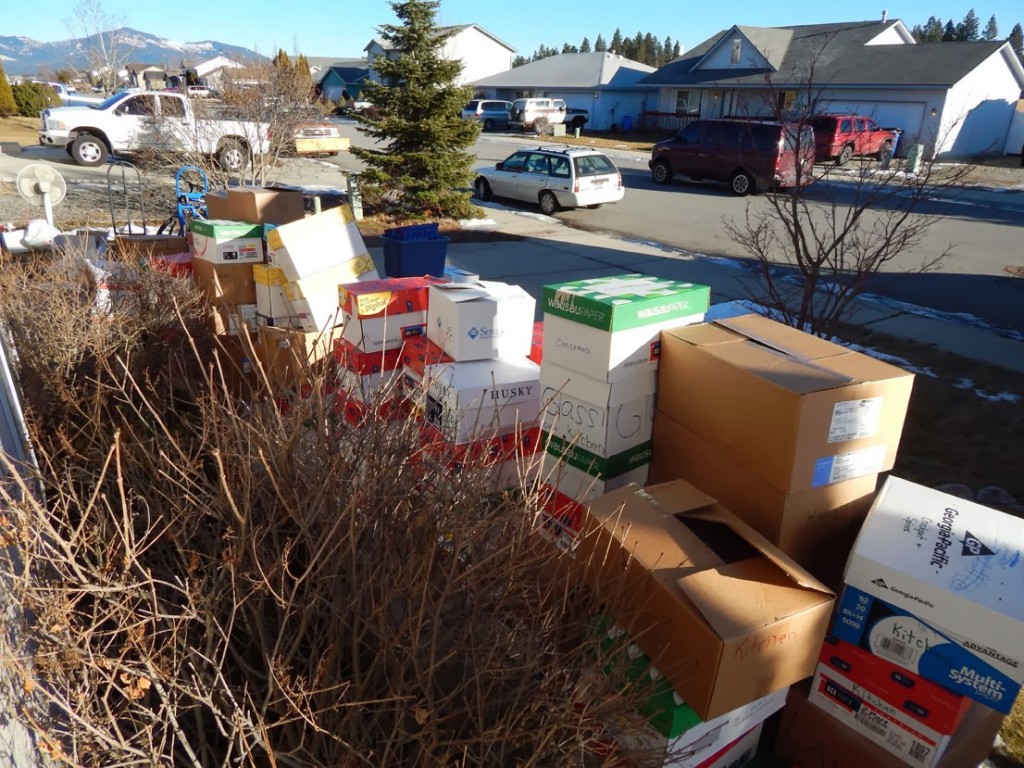 As more and more boxes were carried out of the house, I was almost embarrassed at how much stuff we have. Just way more than we need. This would have been a good time to get rid of a bunch of it, if I had just had time to make some decisions. As it was, I did give away quite a few boxes of books as well as a few obvious “time to let it go” items. Maybe I can weed out more on the other end as we unpack. 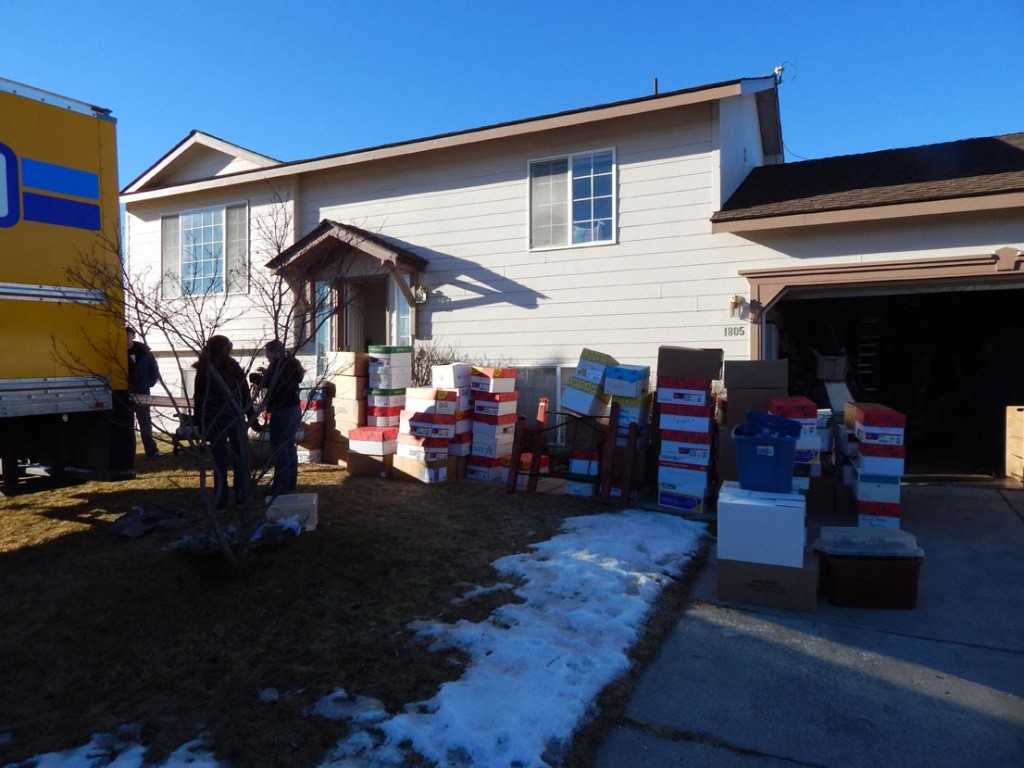 We were blessed with a crew of about 20 friends who came to help us load. Lots of strong young backs made an overwhelming job a lot easier than it might have been. They called themselves “the worker monkeys.” 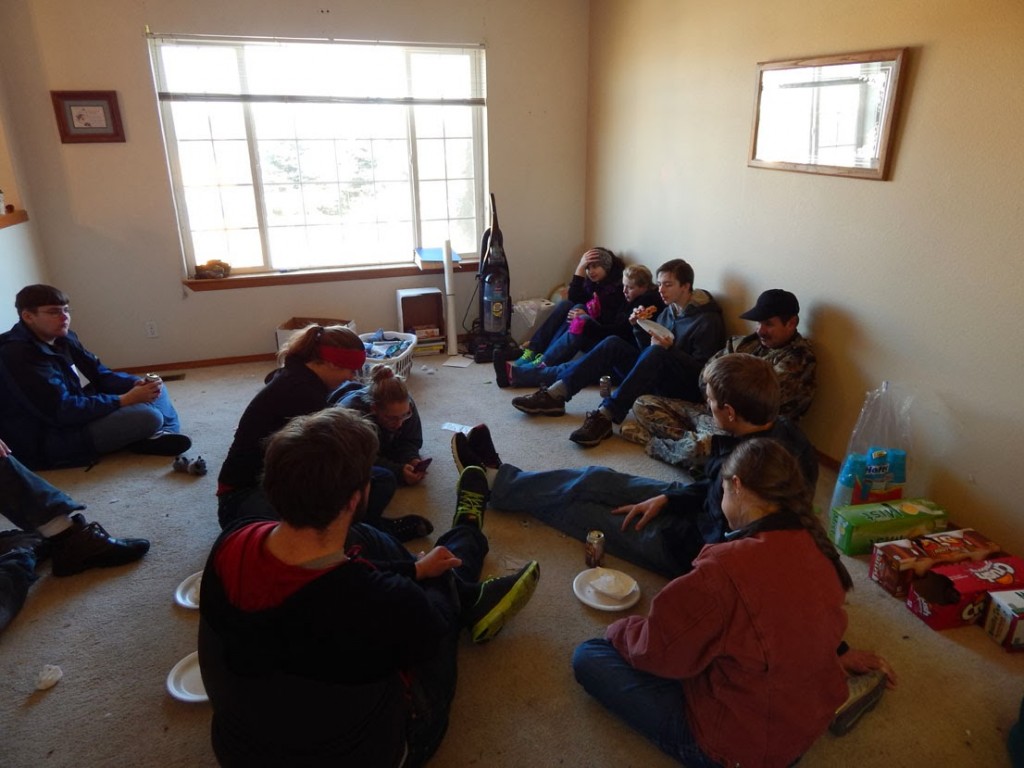 At lunchtime they enjoyed a pizza picnic in the empty living room. 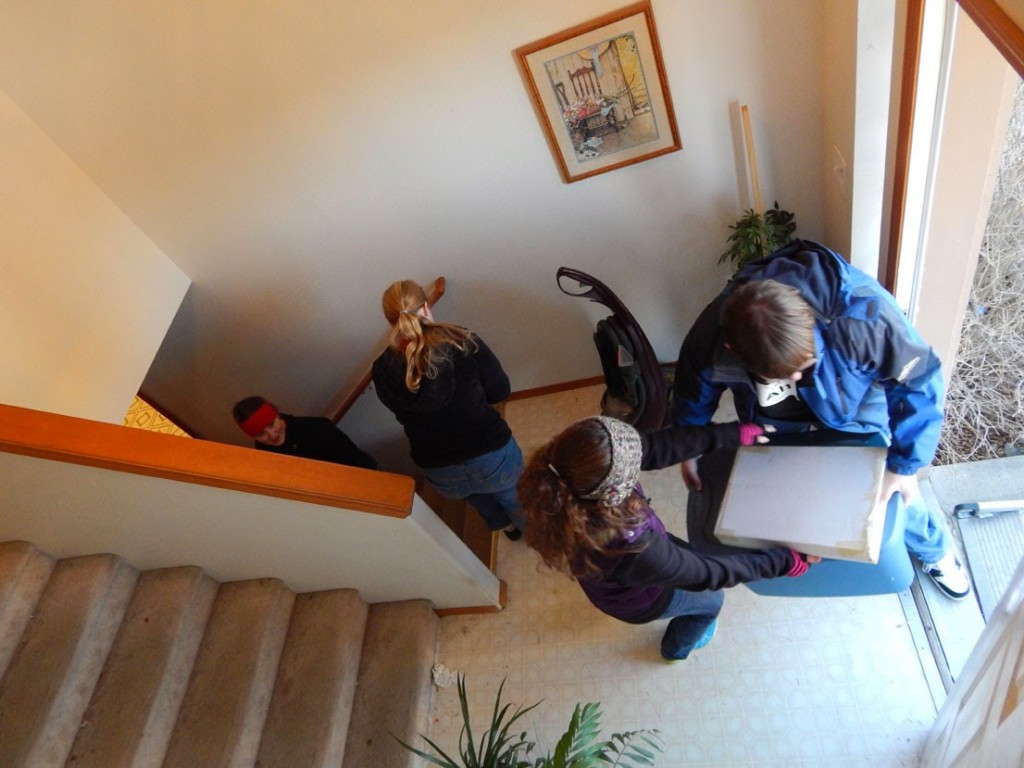 Several of them creatively formed what they called a “chain gang” for passing items up the stairs and out the door. 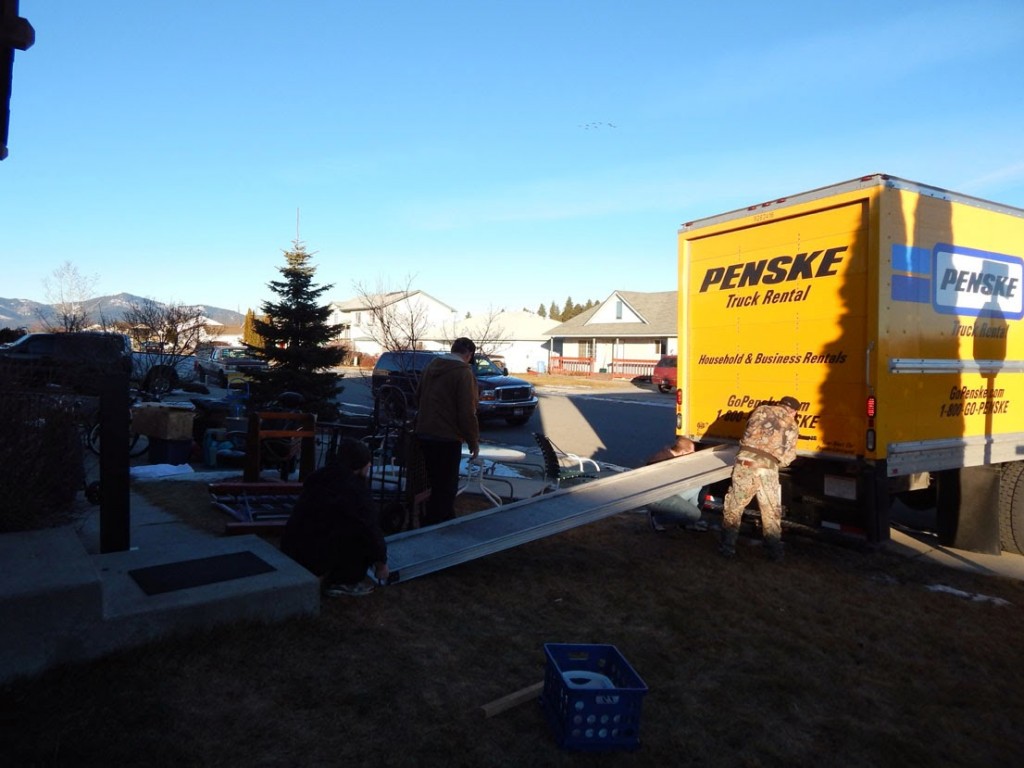 By mid-afternoon it was obvious that the Big Truck wasn’t quite big enough. On to Plan B which was to go rent a cargo trailer to pull behind our Excursion. (We had already rented a car transport trailer for Lyle to pull behind the truck.)

Due to the short daylight hours this time of year, it was almost dark and getting much colder by the time we got back with the trailer. We got it loaded by flashlight and decided to call it a day, even though we still had the cars to load.

We slept in sleeping bags on the floor, which wasn’t terribly comfortable… but we were so tired we didn’t much care.