When we were in Kansas in December Lyle’s brother and niece told him they wished he was available to help with a building project they are working on for their print shop. They have purchased a new building and plan to move their business later this year. They were needing help with planning the layout, which is something Lyle is good at. After we got home, we figured out that he could possibly help them with this project on a weekend trip (or three). He called to see if that would work with their plans, and they were happy with that idea. With an extra day on New Year’s weekend, we decided that would be a good time to make the first trip.

We left early in the morning on New Year’s Day… making the boring trek on I-70 across eastern Colorado and western Kansas yet again. I didn’t bother taking pictures of the endless prairie and flat, straight highway this time.

Late in the afternoon we stopped for a few minutes to see one of our nieces and her little guys at the farm where they live. 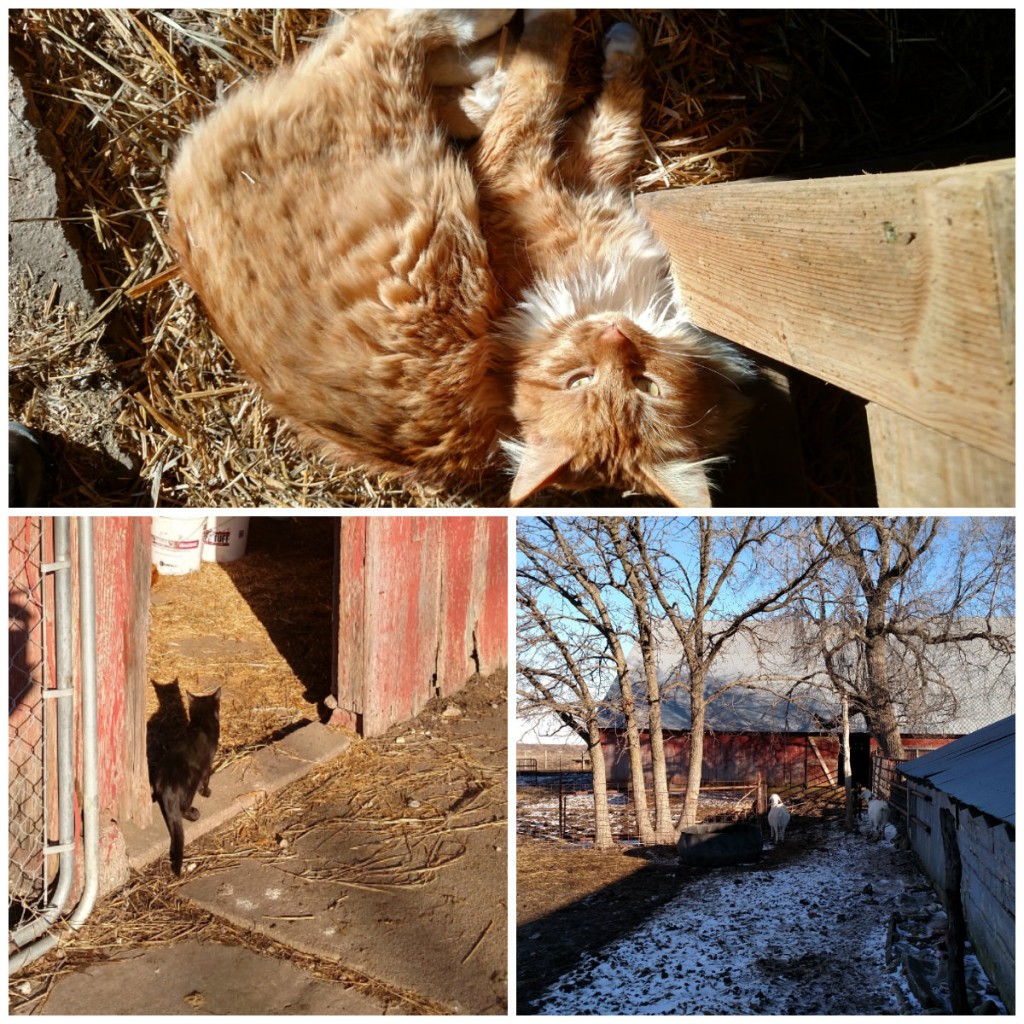 We enjoyed seeing their farm animals, especially the barn cats, which the children have tamed. 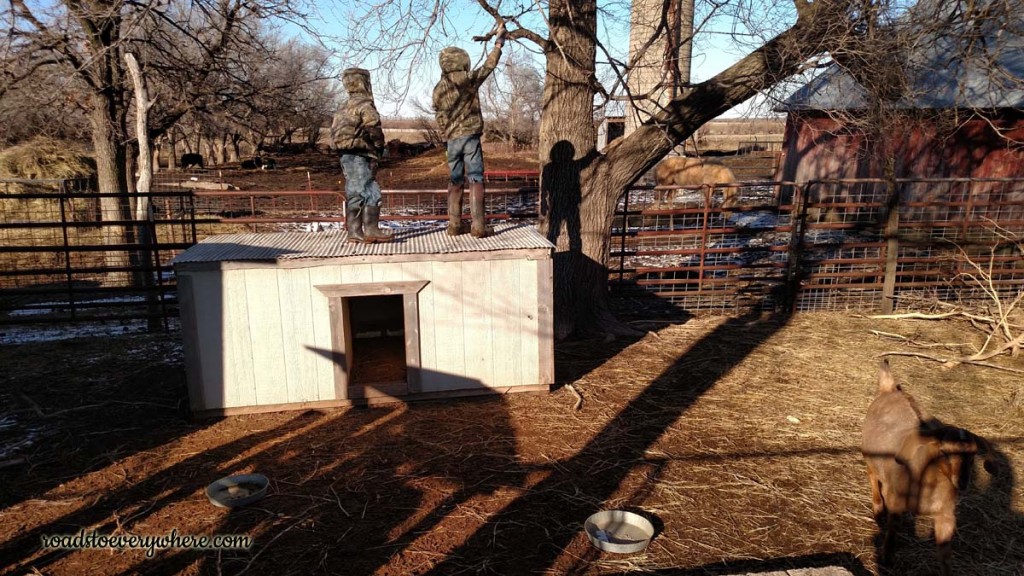 The little boys climbed up on the goat house for a better view. A better view of what, I’m not sure. They have 6 or 8 young goats (born last spring) and my niece said when the weather is bad they all crowd into the little house because they can’t stand to get wet. I thought that was hilarious. I would like to see that. 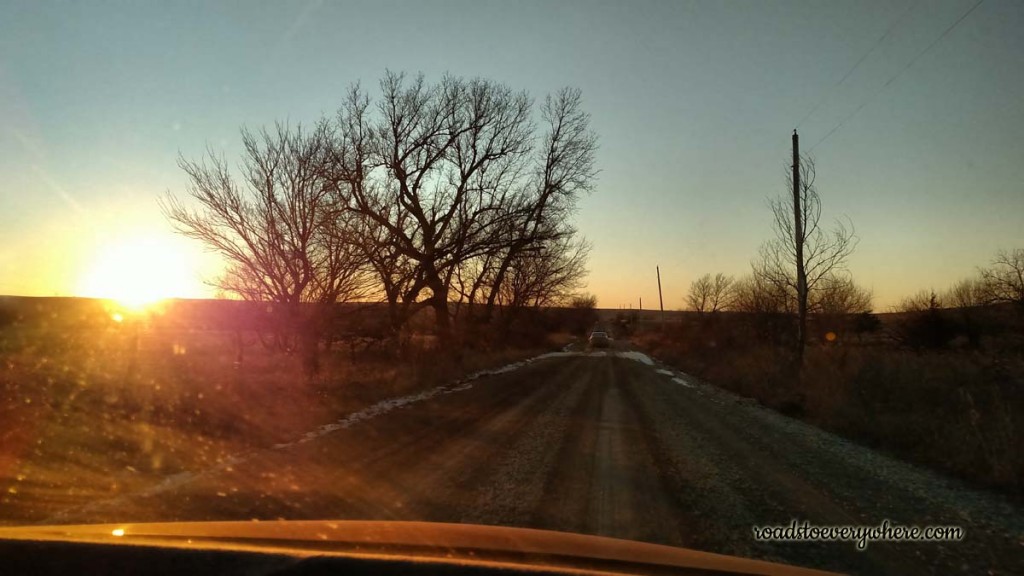 One thing about the shorter daylight hours in the winter is that sunsets come early in the evening.

On Saturday, Lyle worked. I went shopping with my sister-in-law.

On Sunday we took the “scenic” route home. “Scenic” is relative, you understand. In this case it meant that we chose a 2-lane highway rather than I-70, so at least we went through a little town once in awhile. Lyle also had the GPS set to alert us of Geocaches along the way, so we stopped to find a few of those from time to time. 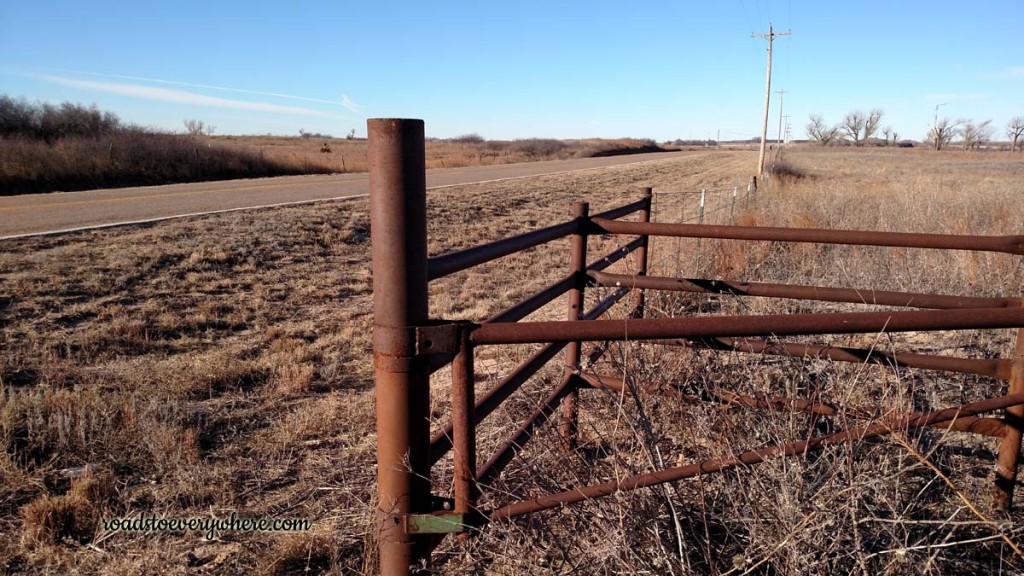 There was a micro-cache down inside one of these fence posts, hanging by a wire. 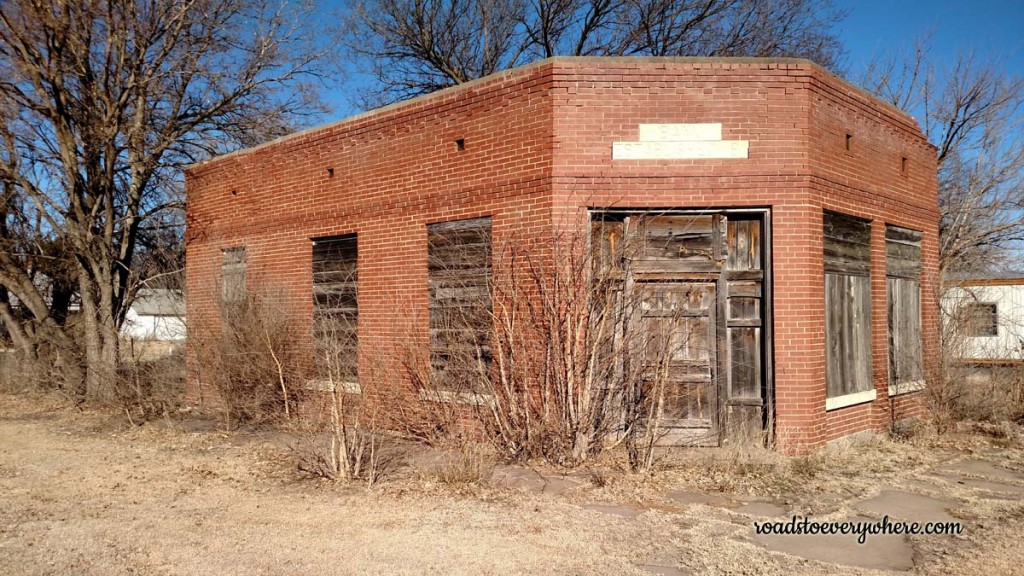 There was one hidden by this abandoned bank building. Above the door, engraved in stone, are the words:

Whatever town there might have been at one time was reduced to a small cluster of houses (and no businesses that I saw). I wonder when the bank closed. It seems like a good stout building. Kind of shame that it’s just sitting there empty.

Later: Pikes Peak at sunset. And then home.