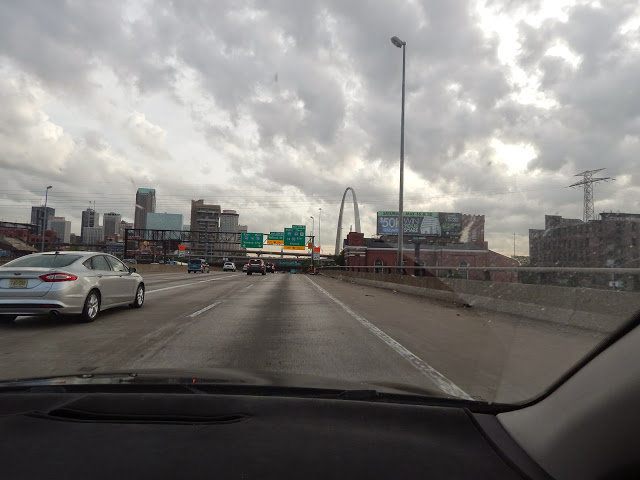 It was a lovely weekend with lots of driving, which is the way we like it! We drove from St. Louis to Fort Wayne on Friday, stopping for a bit in Greenfield, Indiana where I have relatives. I knew I wouldn’t have much time to visit, but I had hoped to at least have a chance to say hi.

As it happens, Friday was my aunt Rachel’s birthday. I had texted her to see if we could meet for lunch. She was tied up with work that morning, so she wasn’t sure if it would work out or not. I texted her when we got into town. She said it would be a little longer before she would be available, but for us to go ahead and eat lunch, and she would join us as quick as she could.

Lyle asked if I would rather eat at Wendy’s or Taco Bell. “Eh. Doesn’t matter. Taco Bell, I guess.” So he pulled into Taco Bell. About then Rachel called to see where we were. She asked if I had talked to Aunt Dee, who also lives there. I told her I hadn’t called her because I didn’t know how long we would be there.

I hung up the phone and Lyle said, “Aunt Dee’s right there.” I looked up and sure enough. Can you believe she was just coming out of Taco Bell with her lunch in her hand? Her car was parked next to ours! I opened my door and said, “Lady! Hey, lady!” She did a double-take and said, “Oh, Karla! Don’t scare me like that!”

It was so fun to get to see her. I told her what we were doing and invited her to take her lunch back into the restaurant and eat with us. So she did. I thought it was awfully nice of God to arrange that little meeting for us. If I had chosen Wendy’s, or if we had been just 5 minutes later we would have missed her. 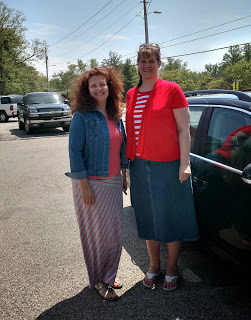 Rachel joined us a few minutes later. Then we stopped by their office on our way out of town to say hi to her husband and daughter. We hadn’t seen any of them since 2008. That’s just way too long. 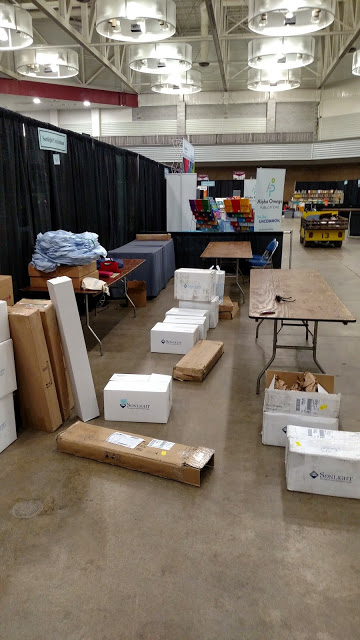 We got to Fort Wayne in time to set up the Sonlight booth that evening. 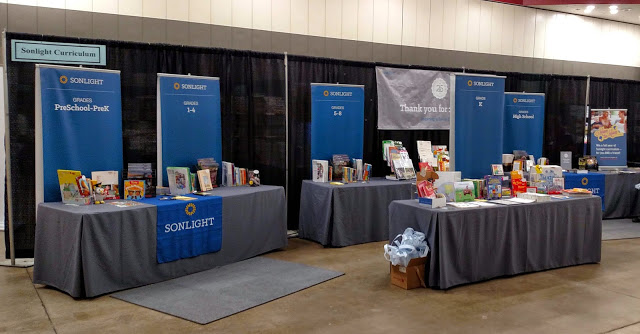 Saturday was a busy day at the convention. We had pretty steady traffic through the booth and were definitely ready to put our feet up by the end of the day. 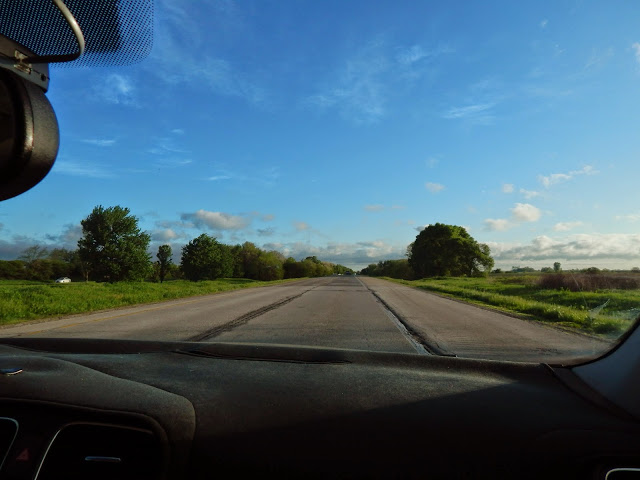 We drove part of the way home on Sunday and enjoyed a relaxing day off. Today was our main travel day. We had lovely weather all the way. We didn’t stop much but appreciated the novelty of rolling farm-land scenery through Iowa and Nebraska.
And so, we made it safely home again.