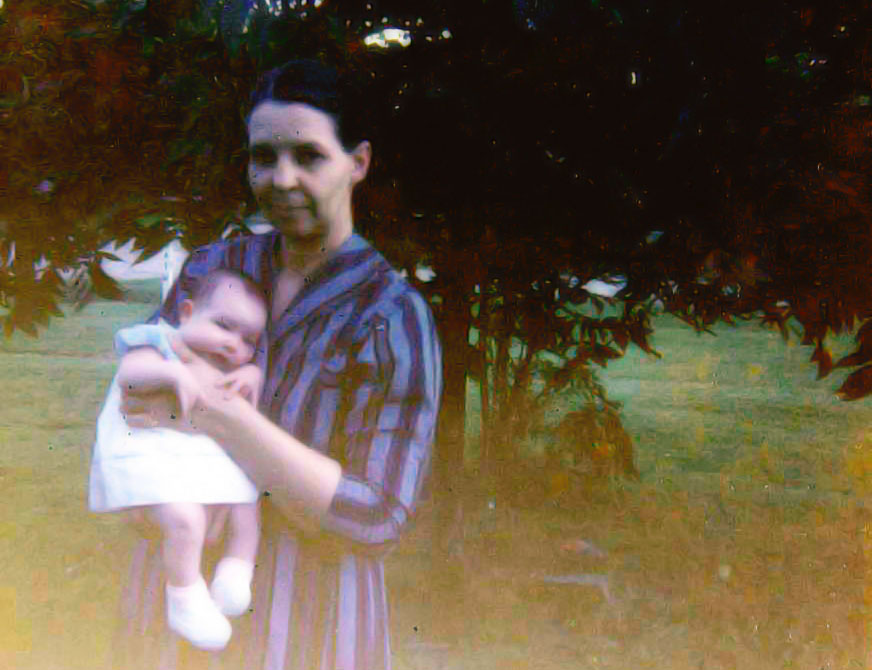 In the fall of 1964 my parents were not yet married. Dad had been attending Bible college in Rock Island, Illinois. Mother was secretary at that Bible college. This is where they met. They were planning their wedding for March 1965. Mother’s parents and her baby sister Rachel, who was 4 months old at the time, flew from Ft. Smith, Arkansas to see them. I’m not sure if this was the first time they had flown, but Granddaddy kept a log of their trip that day to share with the other children who stayed home.

Apparently at that time air travel was much like riding a bus, stopping frequently along the way. I noticed one stop was only 5 minutes and another 10 minutes. They flew from Ft. Smith, Arkansas to Fayetteville, Arkansas to Ft. Leonard Wood, Missouri to St. Louis, Missouri to Peoria, Illinois to Moline, Illinois. What is that? Five flights to travel 600ish miles?

I also noticed that Granddaddy used some train terminology such as station and depot. I wonder if that was common then, or if that’s just what he called it because that’s what he was used to.

To depart from Ft. Smith, Arkansas on Central Airlines Flight 170 at 8:20 a.m. for St. Louis. Skies overcast and departure delayed until 9:40.

Rachel bright and happy. Excited a little as motors warm.

Arrived at Fayetteville, Arkansas after 21 minutes over beautiful Ozarks.

Rachel is sleeping but pressure is disturbing by her expression. Mother is doing good–if she can just get this wad of gum out of the roof of her mouth. Always something to take the joy out of the trip. Ha.

We are now far above the broken clouds. Beautiful. Below the White River winds its way.

Here is the area of the new Beaver Lake Dam project.

10:45. We passed Bull Shoals to our right then Norfolk Lake, narrow bodies of water but extending miles in all directions. Over beautiful farming area and coming in to our next stop maybe a few minutes early. Trying to gain lost time, I guess.

Rachel is awake and playful. We’ve had coffee. Nobody vomited yet.

We are coming down, down. Must be near Ft. Leonard Wood.

Boy, this low atmosphere is rough! Stewardess just now called station. We are at the tree tops. All goes well–

Rachel still clean and pretty, seems to be enjoying the trip.

In the air, on our way. It is extra choppy at low altitude. Think we climb out to 20,000 feet. It’s hazy lower. Beautiful from here looking down over puffs of cottony clouds. On top, I guess, it’s real smooth, just the drum of engines and general vibration.

Rachel is playing with the “Pulley Bone” rattler, and don’t seem to know but that she is at home.

11:17. Beautiful farming area that answers the smooth riding here. (The mountains and timber make for air currents rising and falling.)

11:38. Descending some. It’s rough. Has been for several minutes extra smooth. (Made up some time.) Stewardess said 5 minutes to St. Louis.

Down, down. Rock!! Here we are, brakes on, taxiing in. All off and to the depot.

Now, off. Up! Up! I see our shadow below. Real clear. Beautiful city below.

3:32. Coming down at Peoria, Illinois. Quite a sprinkle of autumn in the tree colors. Down, down. Rock. Now at the air depot.

There is a plant nursery below. Some rough country northeast of Peoria. It’s a typical autumn day down there.

Now some strip mines. (Boys, from here I could take a pretty deep plunge into this strip pit.) Probably 10,000 feet. There is a grave pit.

Rachel is asleep. She has fared fine, and Mother. I imagine this is spoiling her.

Not many trees here.

God looked on it when it was finished and said, “It is very good.” And so it is. Man has spent his ages trying to make it over.

We are coming into Moline. Circling the Bible college. Now southeast over Bullocks’ house and down, down. Rock.

There is Pallie and Darrell, and we are here safe. Praise the Lord.