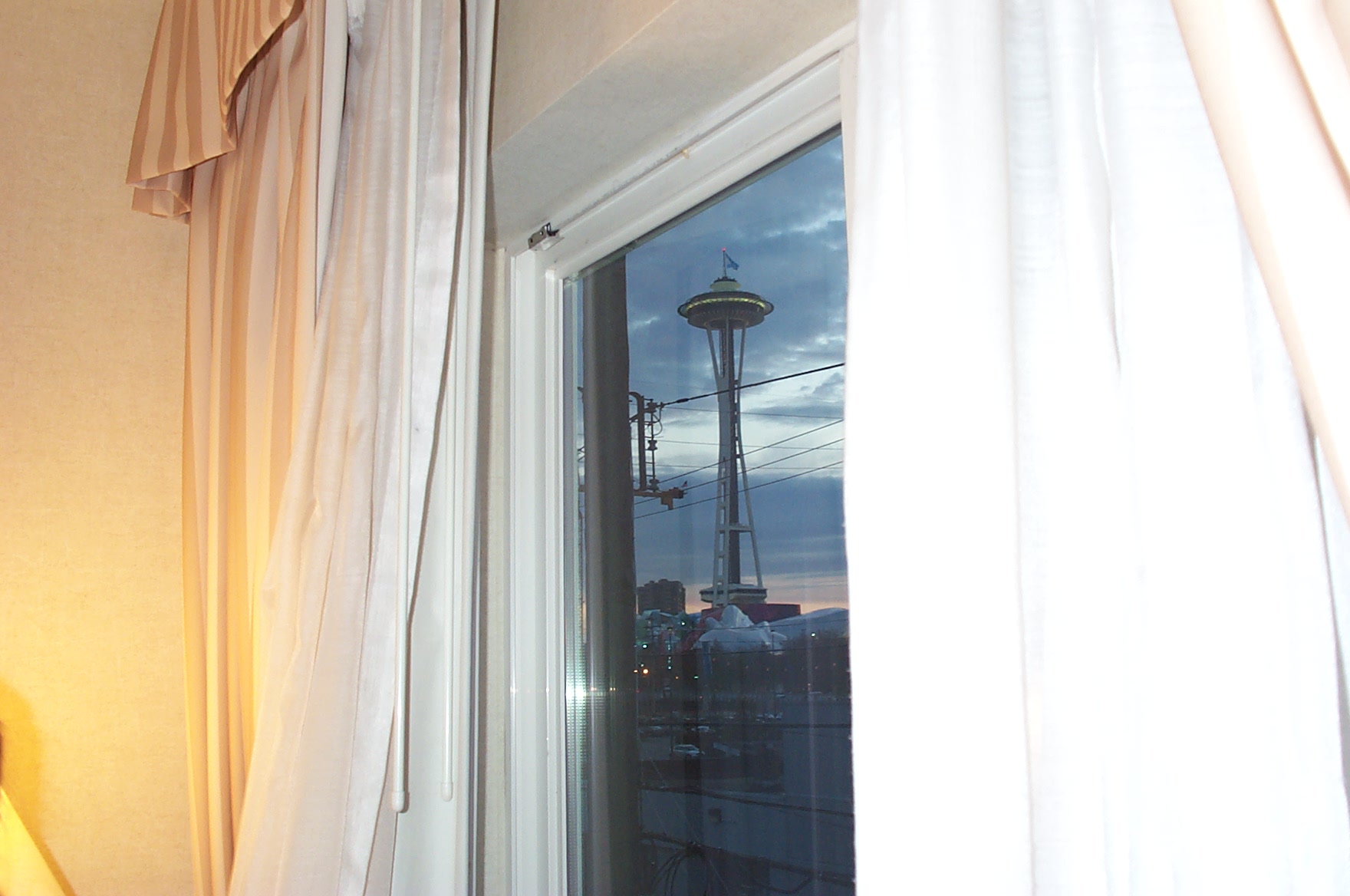 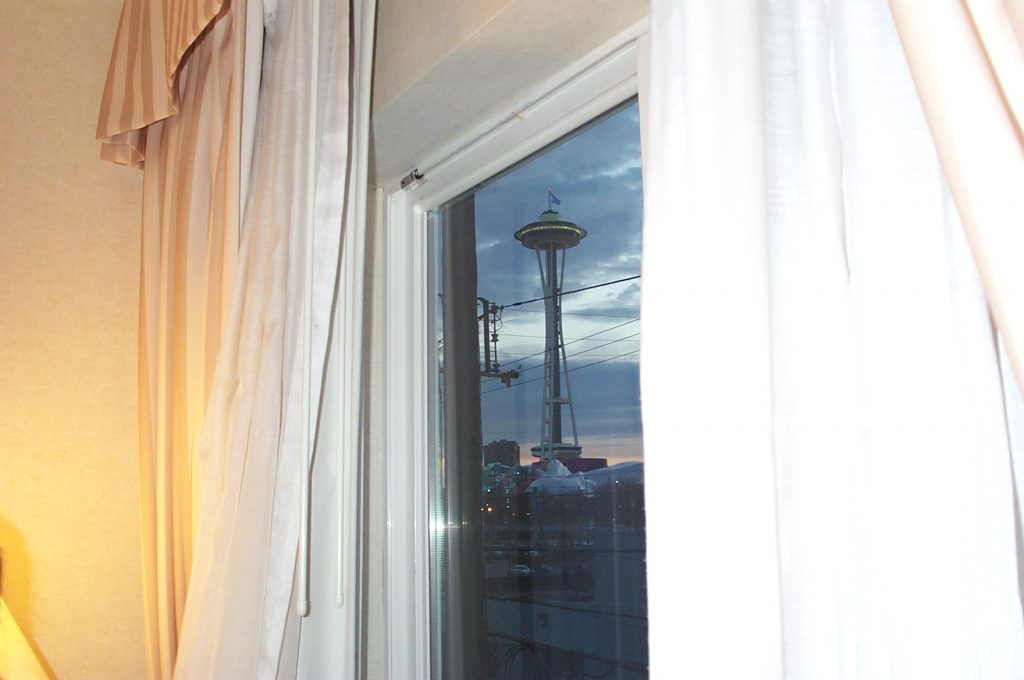 We enjoyed a family getaway to Seattle last weekend in celebration of our anniversary. Lyle found a 2-bedroom suite in a hotel in downtown Seattle. We had a great view of the Space Needle from our window!

On Friday afternoon, on our way in, we had to detour to Renton to visit Lyle’s favorite place to shop: Fry’s Electronic Superstore. Aisles and aisles (miles and miles?) of software and hardware and all manner of things that blinked and blipped and beeped. On the computer game aisle (okay, one of the computer game aisles) we found the first 7 of the old King’s Quest games in one box for $20, so we “had” to get that. It had been updated so it would run on XP, but that’s all the updates that had been made. We were telling the kids about playing it before they were born. I think we actually started with Volume 3, but the first game came out in 1983, so you can imagine how primitive the graphics were. The kids were not impressed when we installed it. Not even when we tried to explain what cutting-edge technology that was for the time. I think they fully imagine we lived in the Dark Ages!

We got a little turned around looking for our hotel downtown, but that ended up being a good thing (for me, at least) because we happened upon a Half Price Book Store. I had already told Lyle that he didn’t have to hunt them down for me (which he did once when we were over there) but if we went past any we had to stop! So we did… and of course, since I need more books so badly, I ended up buying 5 or 6.

The kids watched episodes from the Andy Griffith Show on DVD in their room that evening, and Lyle and I watched The Ultimate Gift in ours. Great movie! Very touching story!

On Saturday morning Lyle took the kids to KidzFest which was part of the Franklin Graham Festival that was going on. They mainly wanted to go hear the Go Fish Guys. Lyle and the kids like their music, but I’m not a big fan, so I stayed at the hotel to write. (I’m participating in NaNoWriMo this month, so that was a chance for me to get off to a good start.)

In the afternoon Lyle and our oldest daughter went to a car show at the convention center. Seems that particular car show usually falls on our anniversary weekend. I went with Lyle one other year, but this year we decided that probably our daughter would enjoy that time with Daddy.

After going out for supper we relaxed in our suite again that evening, reading and playing computer games… We gained an extra hour that night when the time changed, and enjoyed the drive back home over the Cascades and across the prairie the next day. Not the most romantic anniversary getaway I’ve ever had… but still lots of fun!