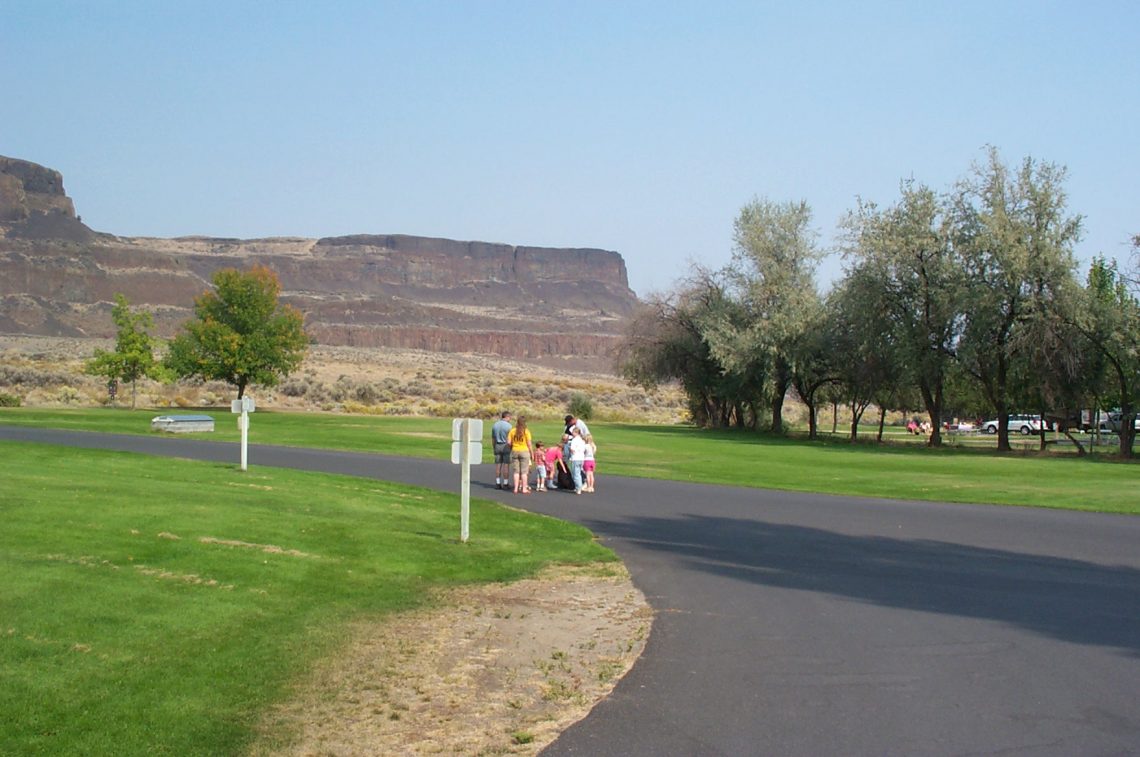 We camped this past weekend near Grand Coulee Dam in Washington. It’s about 2.5 hours from here. We had stopped there on our way home from Seattle earlier this summer, and learned about a laser light show that is projected against the wall of the dam on summer nights (through September), so we decided that would be a fun place to go camping so as to be there at night. My brother-in-law’s family joined us for the weekend.

We stayed at Steamboat Rock State Park, about 12 miles from Grand Coulee, out in the desert. There was a hiking trail up the rock, and two brothers, along with most of the kids, decided it would be fun to climb the rock. The wives weren’t so sure about it… but we started off with them. When we got to the bottom of the rock and saw how steep the trail going up was, we declined to go further… but the men and children pressed on… and they made it! It was a thrilling experience for them. The most exciting part of the hike was when two military jets zoomed through the canyon flying so low that one of the planes was actually below where they were. It was scary and exciting all at the same time.

“The piles of rusted cans date back to the construction of the Grand Coulee Dam and are considered historical and should be left untouched.”

We had noticed a few rusted cans along the side of the hiking trail, but didn’t think too much about it until I read the above quote. Then I had to wonder: How long does garbage have to clutter up the landscape before it’s considered historical and not be touched?

(The Grand Coulee Dam was constructed in the 1930s.)

We enjoyed the laser light show at the dam after dark. I took some pictures but of course they don’t do it justice.