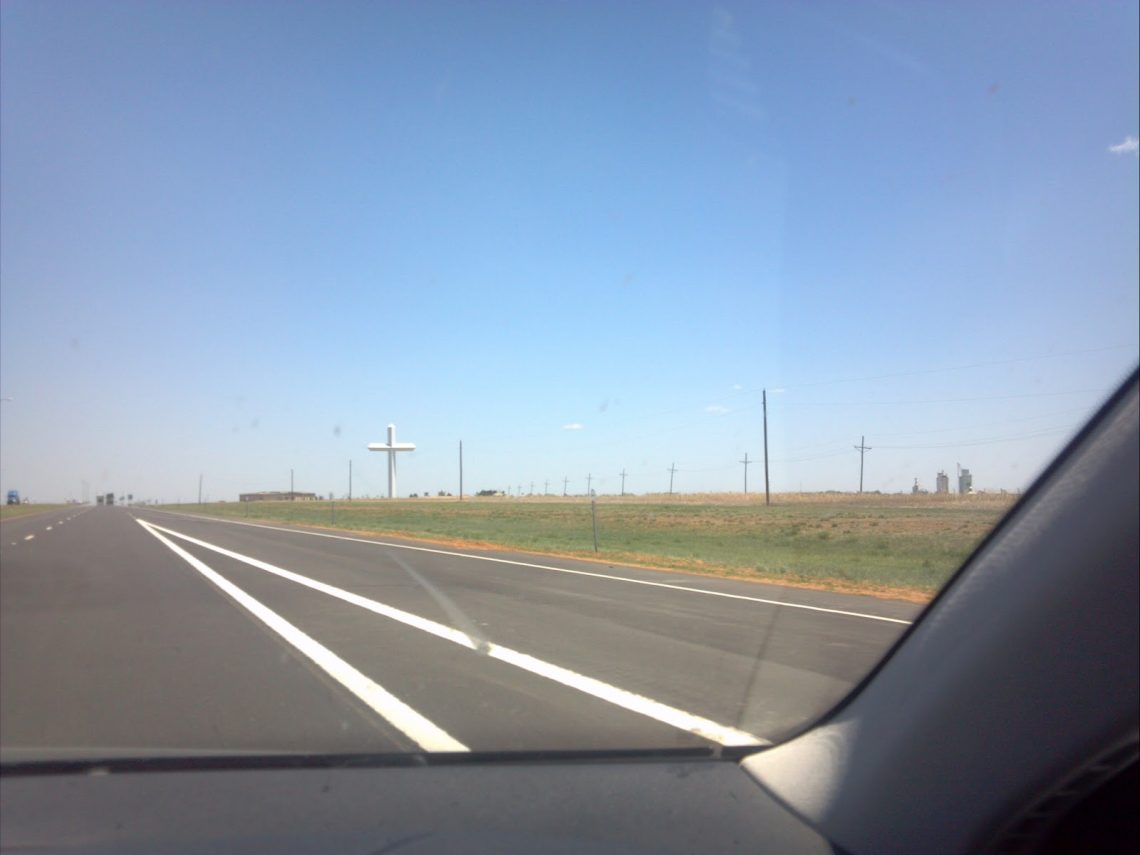 Trying to pretend the Interstate running parallel to our left is not there, and visualizing what it might have been like to travel across New Mexico 50 years ago. “Gettin’ my kicks…”

Who’d’ve thought I would run into Anne Shirley clear down in New Mexico?

“Modern Facilities” at the junction of a (dirt) portion of Route 66 and another (dirt) highway. Eastern New Mexico, almost to the Texas state line.

The other buildings grouped around the Modern Facilities.

We decided this might have been a gas station once-upon-a-time with the little carport in front.

And this was apparently a motel back in the day.

This place was a little fancier with a service garage on one side and a motel behind.

This must have been a little diner, don’t you suppose?

I was glad we had shipped most of my convention supplies when we had to unload all our luggage to get to the spare tire.