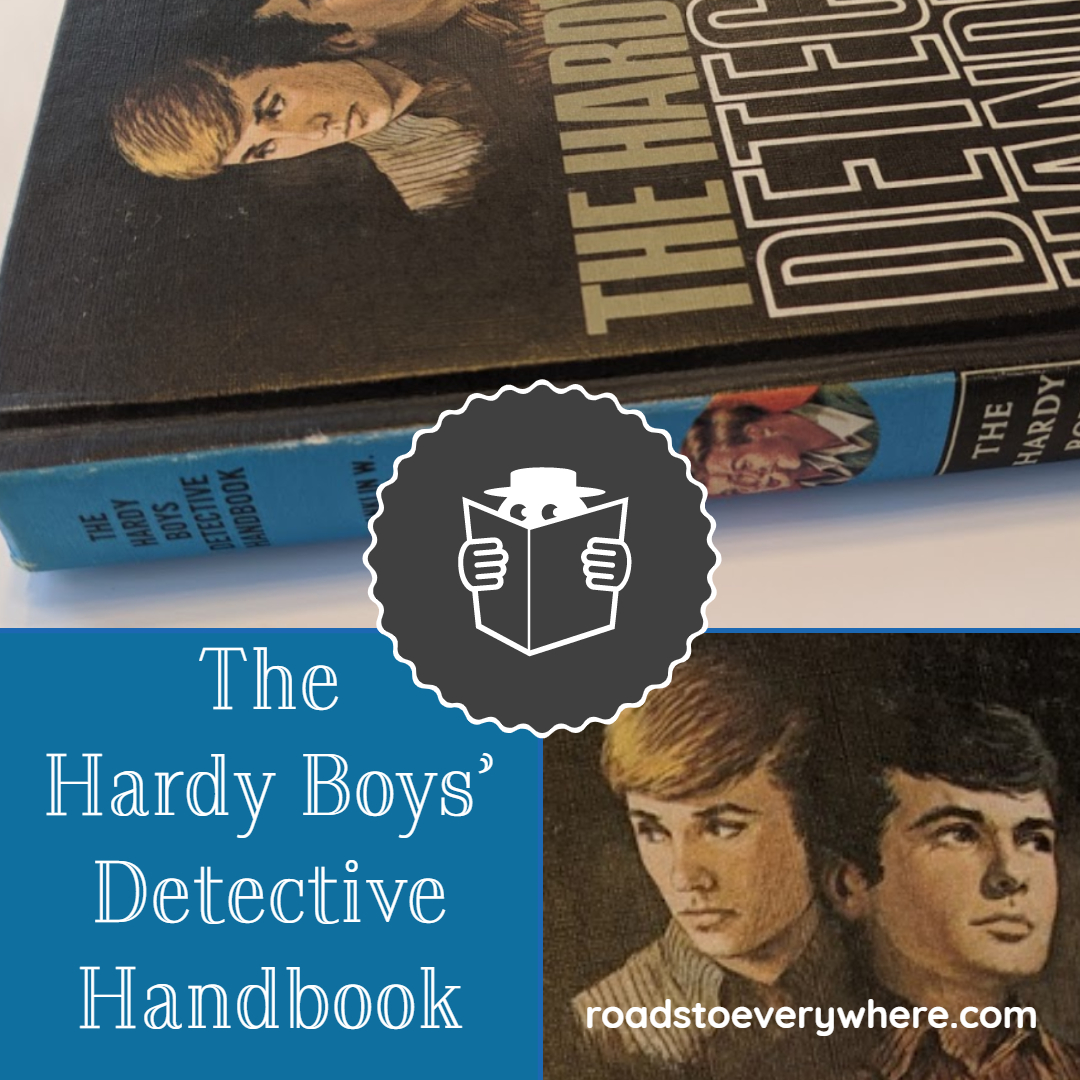 I think I was in 4th grade when a classmate introduced me to the mystery genre. Up until that time I had avidly read things like the Little House on the Prairie series, the Wizard of Oz series, Childhood of Famous American biographies, books by Beverly Cleary and Carolyn Haywood and Lois Lenski and many, many others. But no mysteries.

I’m not sure what I thought a mystery was. Maybe I thought mystery stories would be scary. I’m not sure. But for whatever reason I had never explored that genre until one of my friends convinced me that I would love the Encyclopedia Brown series. She was right. I did.

It didn’t take me long to delve into other juvenile mystery series: The Boxcar Children, The Bobbsey Twins, The Boxcar Children, Nancy Drew, The Hardy Boys, The Three Investigators, and Trixie Belden. I read every book in every one of those series that my school library and my public library had.

For the next 2 or 3 years mysteries were about all I read. It took me awhile to exhaust the selection, you see.

I thought it would be so cool to solve an actual mystery. Why couldn’t mysteries just come along randomly in my life like they did in Trixie Belden’s? Of course, if they had I likely wouldn’t have had the means to solve it, not having a wealthy best friend like Honey Wheeler. Or a nifty hidden trailer “office” in a salvage yard like the Three Investigators. Nor yet a driver’s license and a convertible like Nancy Drew.

It just didn’t seem to be my lot to be an amateur detective at age 10. Maybe if I’d had better training?

I mean, a copy of The Hardy Boys’ Detective Handbook, which I found at a thrift store awhile back, would have been way more helpful to me at that time than it is now!

Last week a fellow “bookstagrammer” (Instagrammers who post about books) shared a picture of the 1959 edition of The Hardy Boys’ Detective Handbook.

Liz @pony.books said, “The chapter on criminal slang is very thorough and includes a vocab list. Some of my favorites: ham donny (third rate pugilist), yap (easy victim), and croaker joint (hospital). I have put the whole list in my stories, just in case you meet up with a criminal.”

Her post motivated me to find my copy which, it turns out, was revised in 1972.

The vocabulary list in mine is a little bit different because apparently criminal slang evolves just like any other slang. Actually, it says so right in the book. “…criminal slang varies in different parts of the country and changes constantly.”

The provided list is just a starting point. “A good detective must always be on the alert to learn new expressions.”

Sadly, my book doesn’t include “ham donny” and “yap.” Those expressions must have fallen out of use between 1959 and 1972. However, mine does still include “croaker joint” which I have never heard anyone say. Either I don’t hang around in the underworld or that’s another one that has fallen out of use with the passage of years. Probably both.

Were you a fan of juvenile mysteries? What was your favorite series?