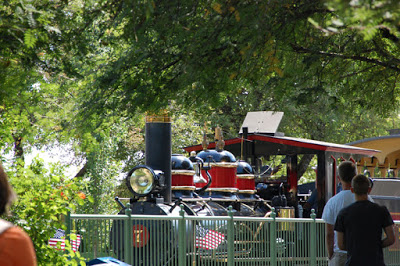 My parents have been visiting us for the past week, so we’ve been busy doing fun stuff in between working. One afternoon last week we went to Silverwood, our local theme park. Laura got a job there this summer, and she earns one free guest ticket for every 40 hours she works. She had saved up her tickets so we could all go while her grandparents were here, and we had a lot of fun. 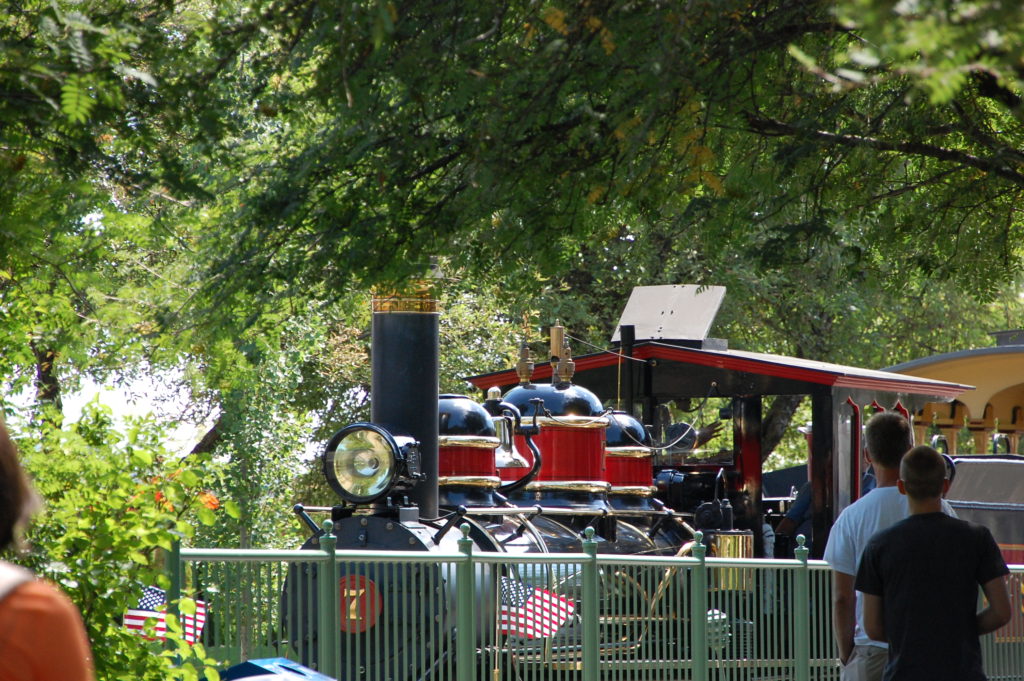 The first order of business was to ride the train: Engine No. 7. 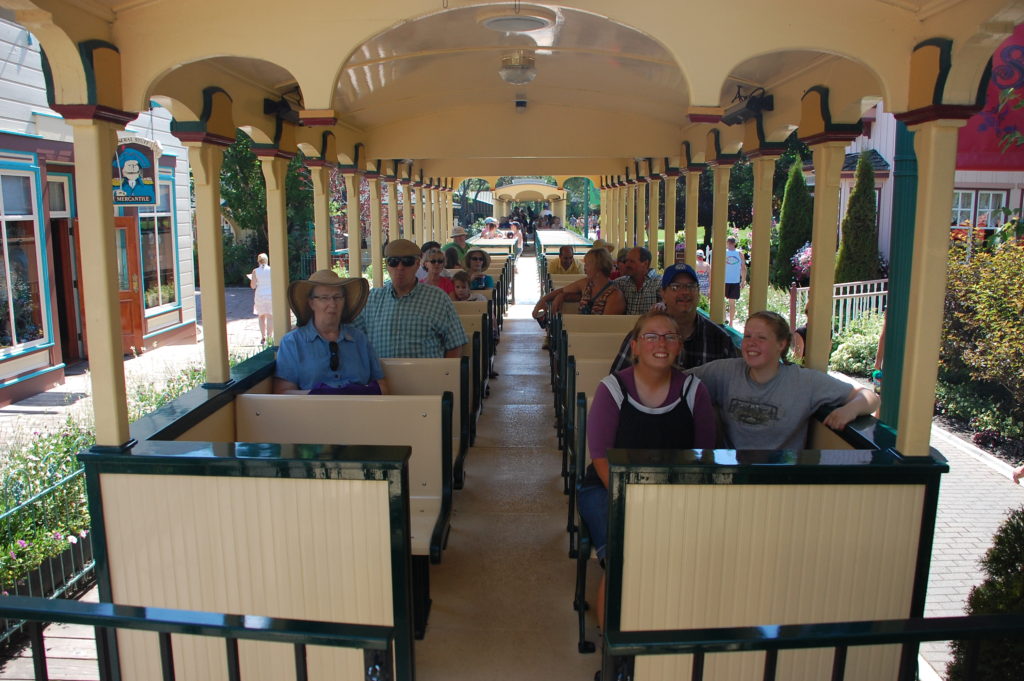 We boarded early and enjoyed sitting in the shade, people watching and chatting. 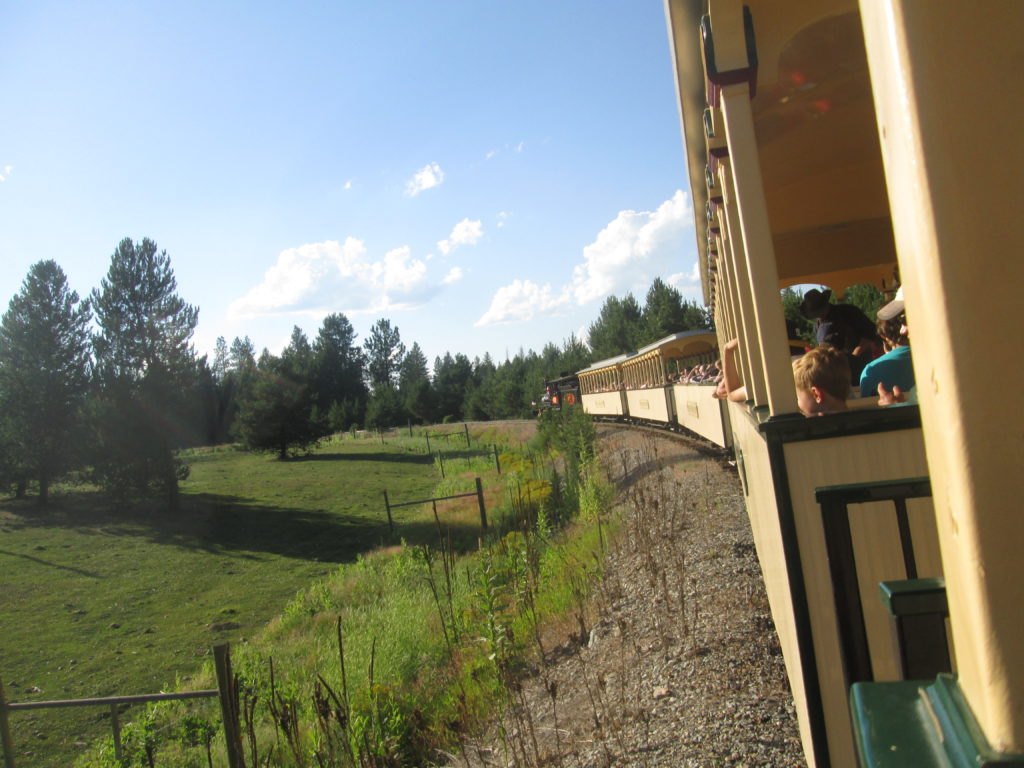 Then we embarked on the 3.6-mile “journey” through the forest surrounding the park… home to a herd of buffalo and “real fake” outlaws! There have even been Sasquatch sightings along the route.

“Emergency” stop at the silver mine! 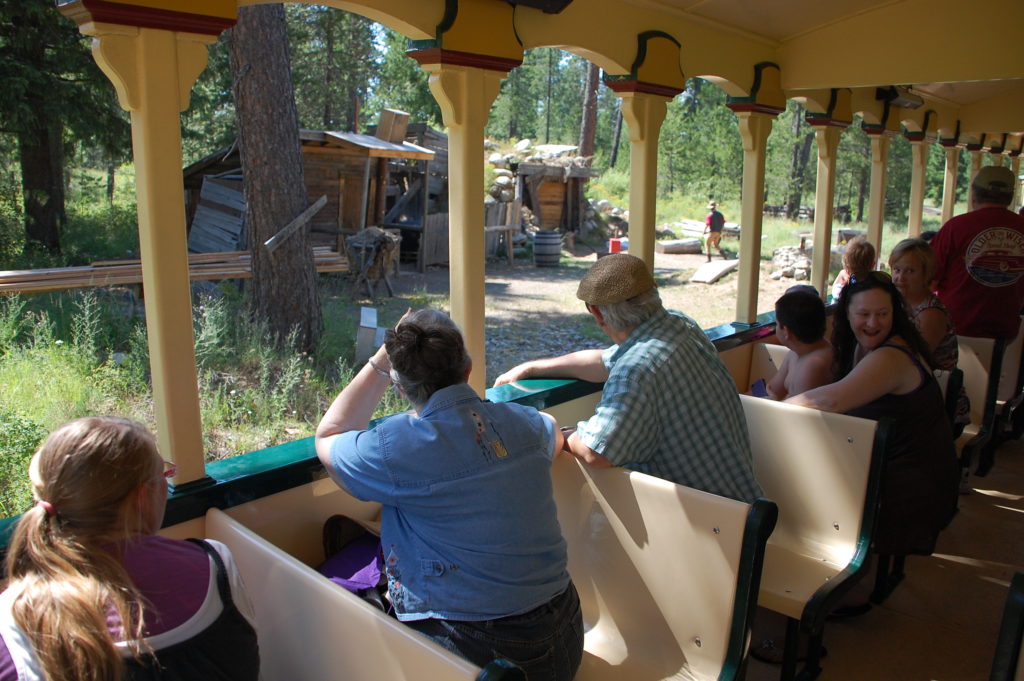 Oh, no! The train was held up by bandits and “robbed”! (All donations go to charity.) The Silverwood Stunt Team did a good job of entertaining us. 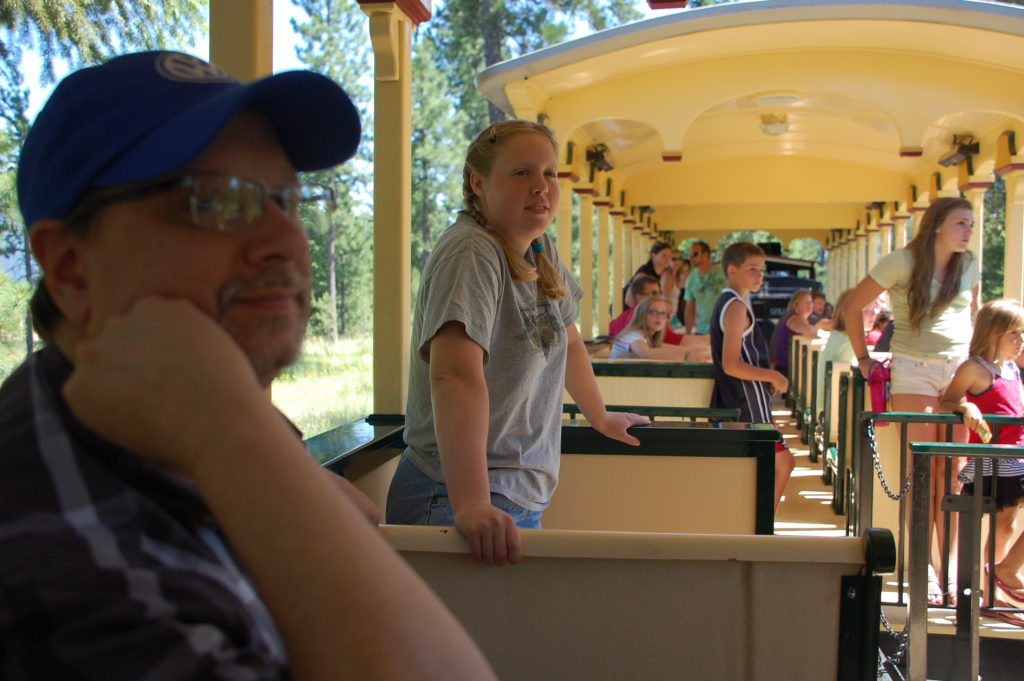 Becky said it was like being in a cowboy movie. And since she’s a huge fan of old cowboy movies, she was thrilled. 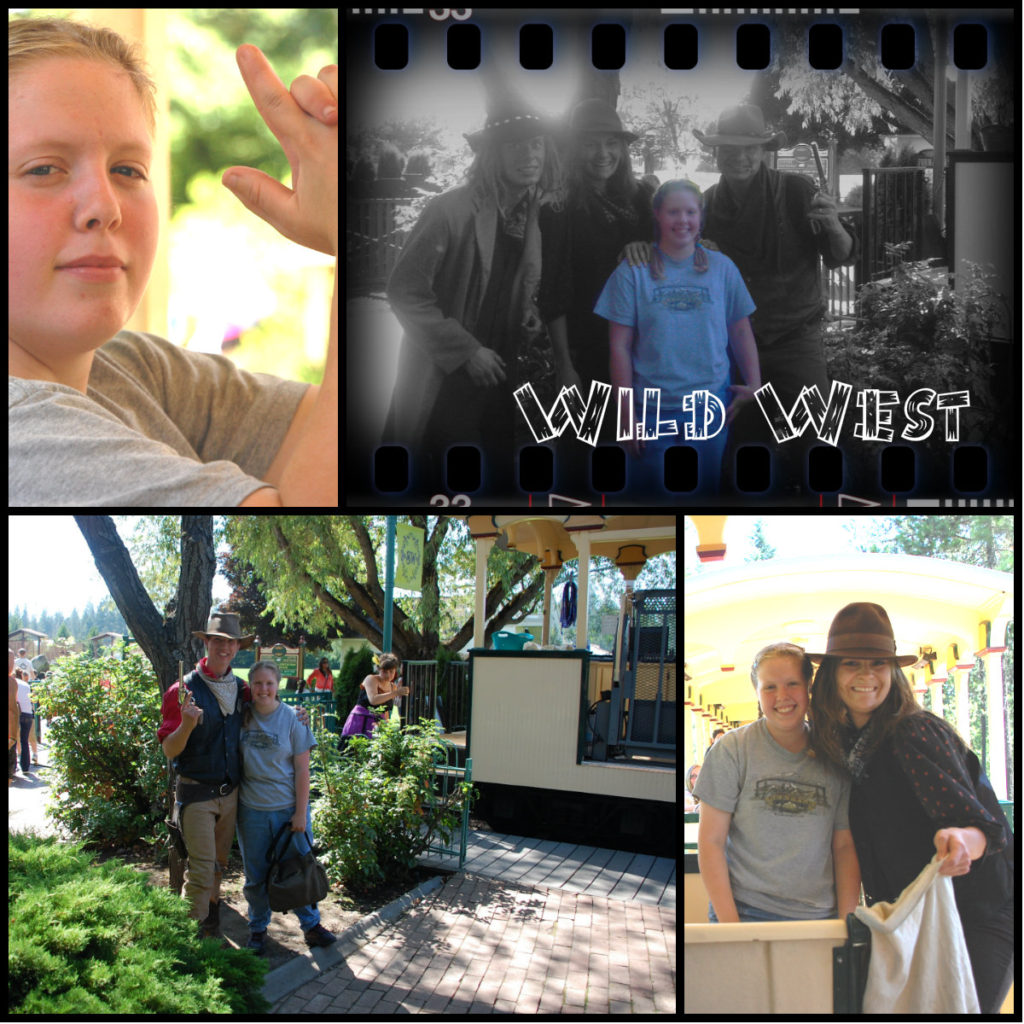 So much so, that she and I and her grandparents rode the train again later that evening. 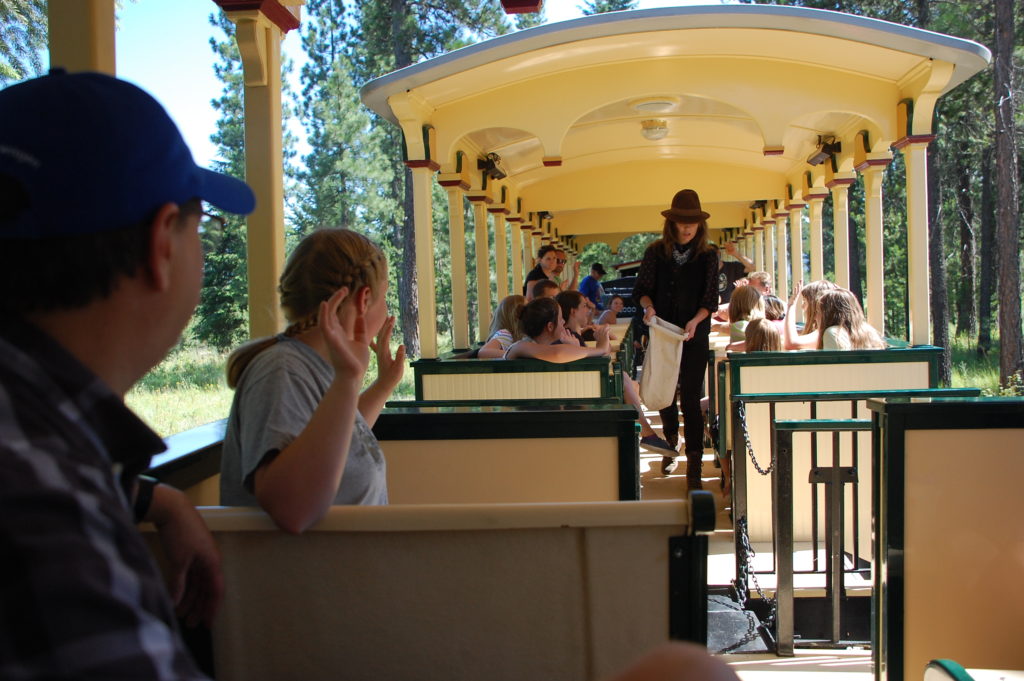 Can you believe the bandits were still at the Silver Mine and we got held up again?

She also had fun giving her grandparents a ride in the Antique Cars. 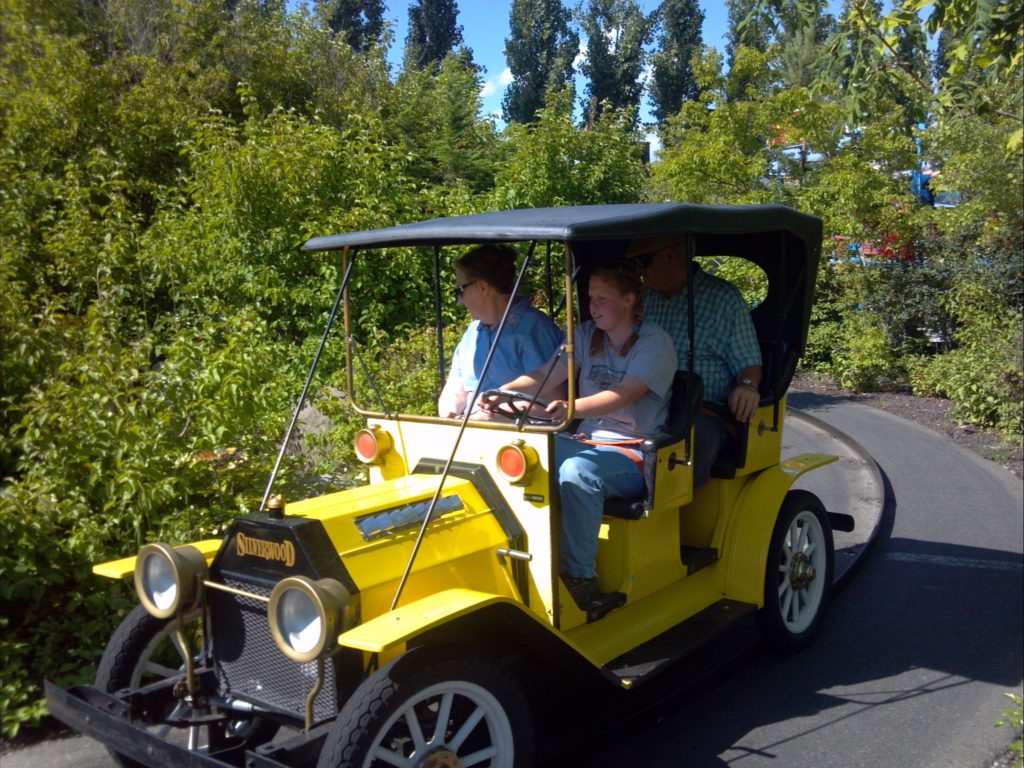 PaPa told her it was an awfully bumpy ride, but I think he was helping the bumps along by bouncing up and down in the back seat. 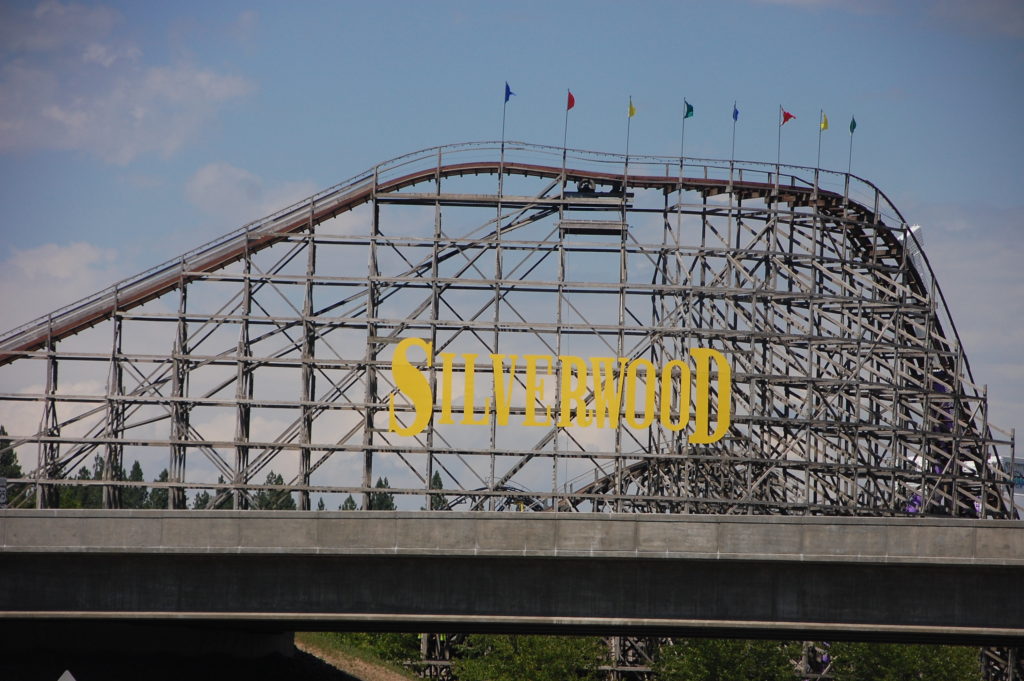 Lyle and Becky rode the Timber Terror roller coaster and got off with big smiles on their faces, so I guess that was a great experience for them.

Me? I think I’m too old for roller coasters, thank you. 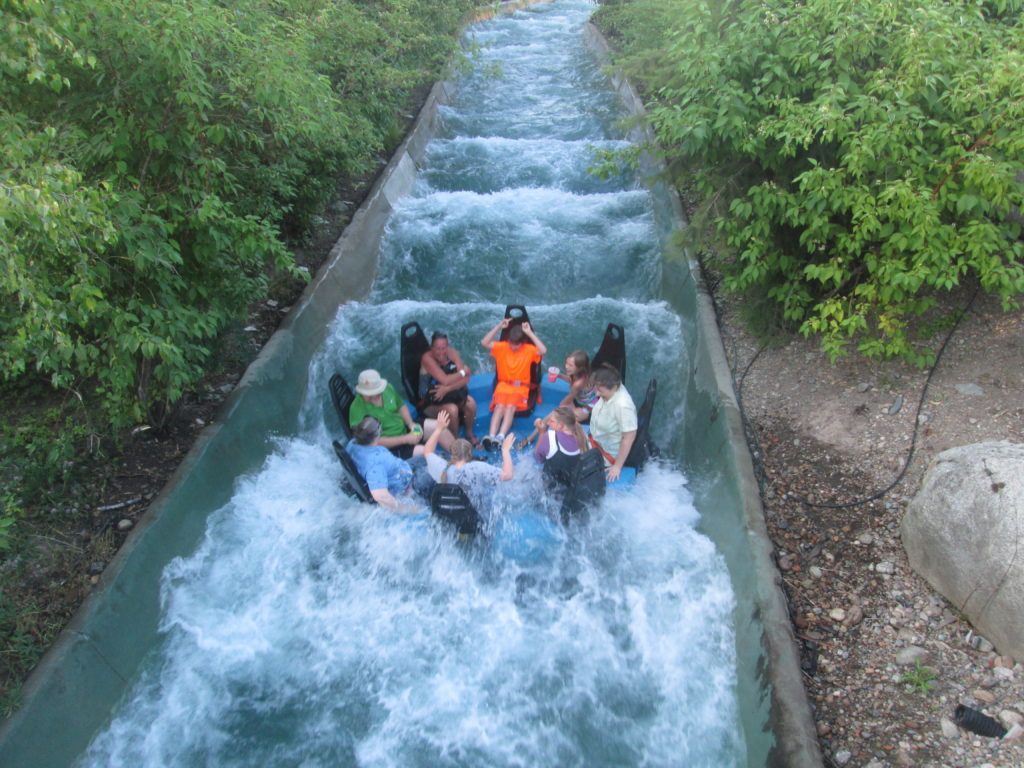 The girls talked Grammy and me into riding Thunder Canyon. We got soaked, but I have to admit it was a lot of fun! 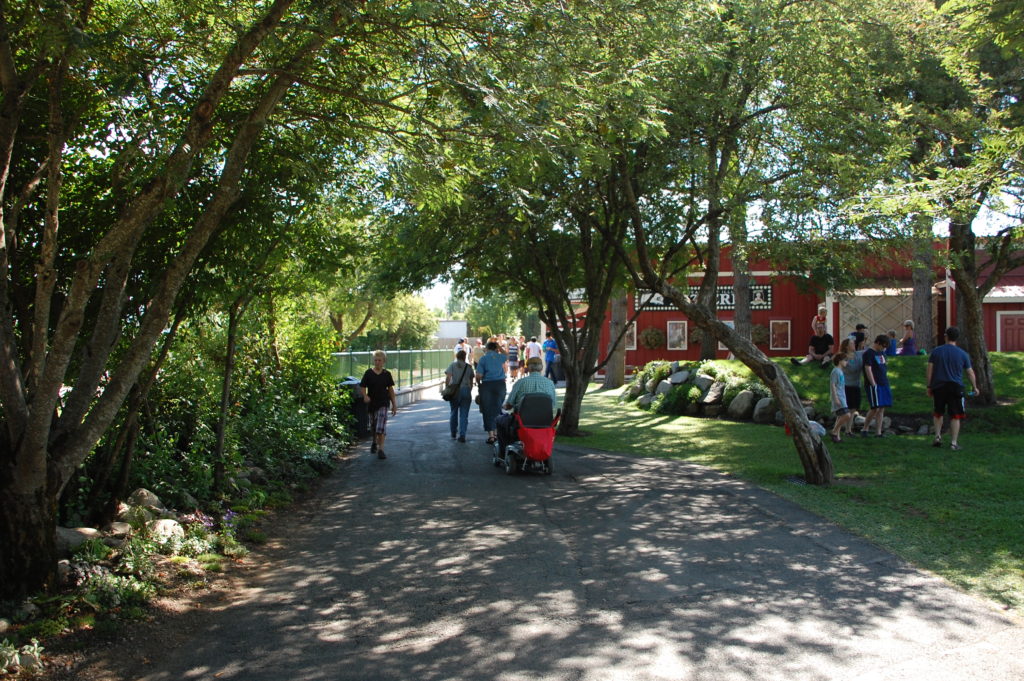 We didn’t have time to try out everything we would have liked to that afternoon, but I expect we’ll have a chance to go again later in the season.