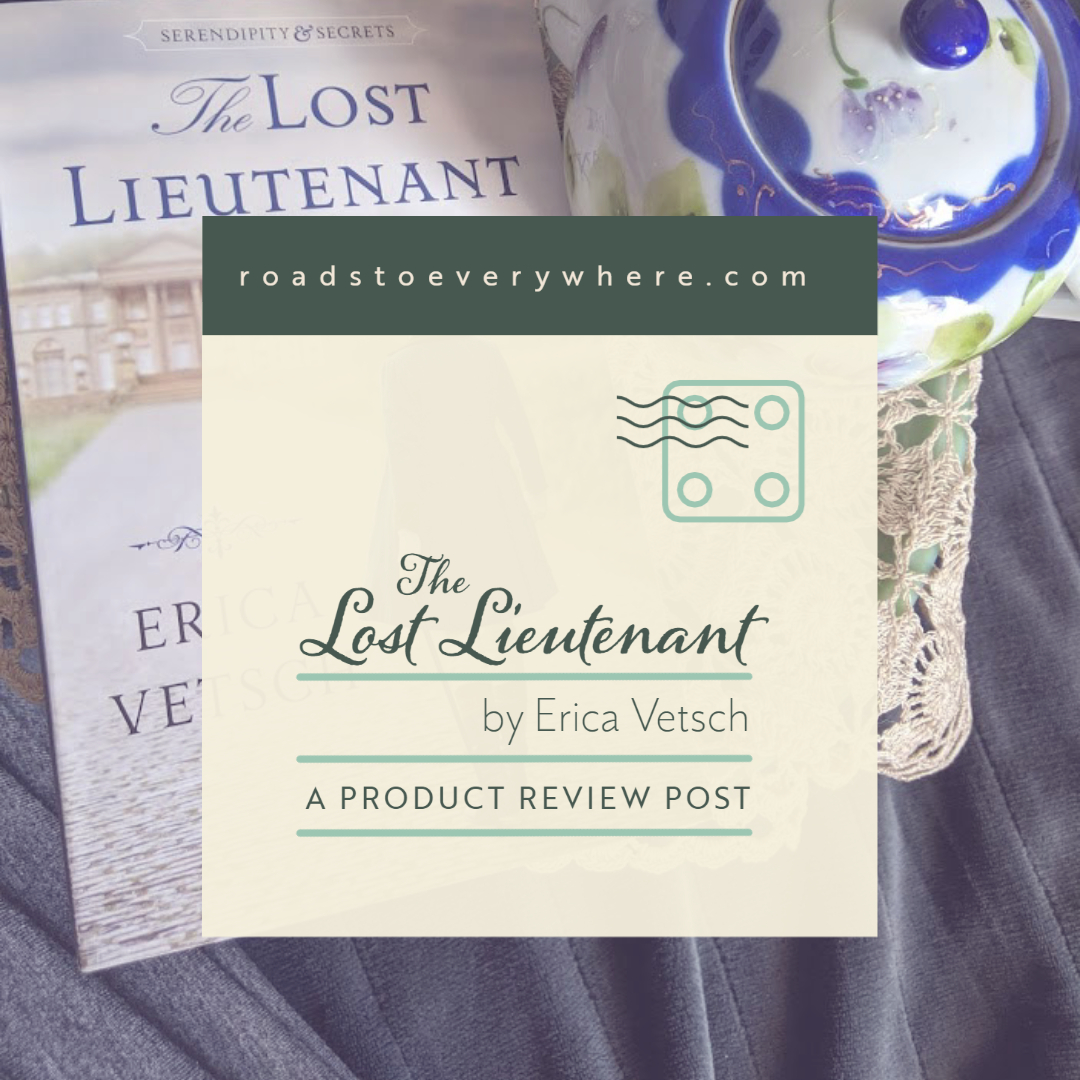 If you’re a fan of Regency romance novels you’re sure to love The Lost Lieutenant by Erica Vetsch. I received a copy in exchange for my review as part of the I Read with Audra blog tour.

Confession time: While Regency romance isn’t my usual genre of choice at this stage of my life there was a time I read them by the stack. Funny thing was I had been reading them for awhile (probably years) before I even realized what “Regency” meant. The Regency era, approximately 1811-1820, refers to the time in British history when King George III was too sick to rule so his son, the Prince Regent, ruled instead.

Most Regency romances, including this one, are pure fantasy. (For example, often populated by way more eligible dukes than ever existed.) But that’s what makes them so fun.

The hero in The Lost Lieutenant, Evan, has been injured in battle and returns home to settle down. As a reward for his heroism the Prince Regent arbitrarily decides that he should marry the prince’s goddaughter, Diana. Never mind that Evan and Diana don’t even know each other, nor are they interested in getting married. They have completely different plans. However, “One did not say no to the Prince Regent.”

What I loved about the story was that the idiotic Prince Regent, who just went around making these ridiculous decisions and proclamations, kept inadvertently thwarting the villain’s intentions. Which, in turn, moved Evan and Diana along to a happily ever after ending. (Of course!)

While it would not be at all appropriate to consider the Prince Regent as a “god” figure, the plot did remind me a little bit of how it is in life. We go along making our plans but then circumstances beyond our control move us in a different direction. We don’t like it very much at the time, and it seems like the “villain” is going to have his way, but in the end it all turns out for our good.

The Lost Lieutenant was a fun read. It actually reminded me a little of reading a fairy tale because of how conveniently circumstances came together for our hero and heroine.  I’m willing to set aside believability on occasion for the sake of a good story, and this was one such book. If you’re looking for something light and sweet, but also inspirational, give this one a try.

Evan Eldridge never meant to be a war hero–he just wanted to fight Napoleon for the future of his country. And he certainly didn’t think that saving the life of a peer would mean being made the Earl of Whitelock. But when the life you save is dear to the Prince Regent, things can change in a hurry.

Now Evan has a new title, a manor house in shambles, and a stranger for a bride, all thrust upon him by a grateful ruler. What he doesn’t have are all his memories. Traumatized as a result of his wounds and bravery on the battlefield, Evan knows there’s something he can’t quite remember. It’s important, dangerous–and if he doesn’t recall it in time, will jeopardize not only his marriage but someone’s very life.

Readers who enjoy Julie Klassen, Carolyn Miller, and Kristi Ann Hunter will love diving into this brand-new Regency series filled with suspense, aristocratic struggles, and a firm foundation of faith.

Read an excerpt from Kregel by clicking here!

He’s doing what he can to save the Prince Regent’s life . . . but can he save his new marriage as well?