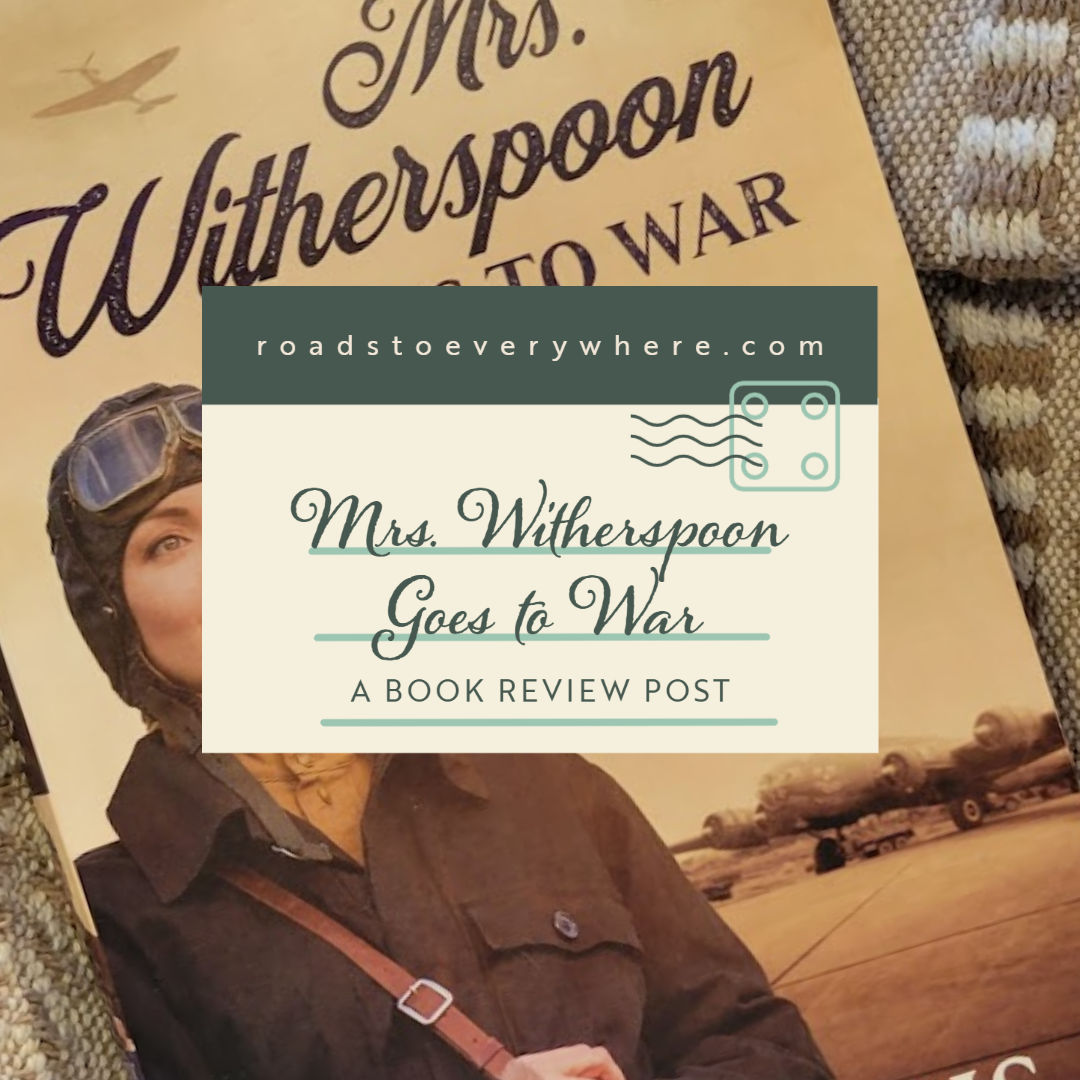 The focus of Mrs. Witherspoon Goes to War is the Women Airforce Service Pilots (WASP) team in World War II. Women were not allowed in the military at that time but female civilian pilots were organized for necessary non-combat flights such as delivering supplies, moving equipment, testing aircraft, and training. I have read about the WASPs before, but I learned more about them in this novel.

This is definitely not the grittiest World War II novel you’ll come across. In fact, it’s probably light on the horror and heartbreak, and not always super-realistic but that’s okay. I read broadly for that very reason, to get the big picture from a variety of perspectives.

That being said, it was definitely an exciting story and kept me turning the pages. I liked the characters and the plot, and I appreciated learning something new.

Peggy Witherspoon, a widow, mother, and pilot flying for the Women’s Airforce Service in 1944 clashes with her new reporting officer. Army Air Corp Major Howie Berg was injured in combat and is now stationed at Bolling Field in Washington D.C. Most of Peggy’s jobs are safe, predictable, and she can be home each night with her three daughters—until a cargo run to Cuba alerts her to American soldiers being held captive there, despite Cuba being an “ally.” Will Peggy go against orders to help the men—even risk her own life?

Mary Davis is a bestselling, award-winning author of over two dozen novels in both historical and contemporary themes, eight novellas, two compilations, three short stories, and has been included in ten collections. She has two brand-new novels releasing in 2019. She is a member of American Christian Fiction Writers and is active in two critique groups.

Mary lives in the Pacific Northwest with her husband of over thirty-four years and two cats. She has three adult children and two grandchildren. She enjoys board and card games, rain, and cats. She would enjoy gardening if she didn’t have a black thumb. Her hobbies include quilting, porcelain doll making, sewing, crafting, crocheting, and knitting. Visit her online at http://marydavisbooks.com or Facebook and join her FB readers group, Mary Davis READERS Group.