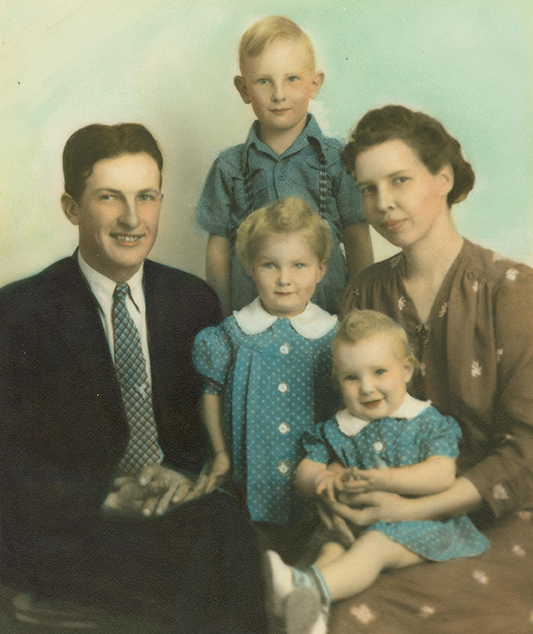 My Mother was born 75 years ago today. She has a very good memory, but strangely enough, she doesn’t remember that day. Several years ago I asked my Grandmother to tell me the story of the day my Mother was born. Here’s what she told me [with my notes in brackets]…

The Story of Pallie Sue’s Birth

As told by Ernesteen Easley

September 18, 1941 had been a beautiful fall day at Eldorado, Oklahoma. The men were busy in fall harvest. The Shumaker-Easley Company had been established by this time, including PaPa Easley, Uncle Dillon, Uncle Lawton, and Daddy. [That’s my great-grandfather, two great-uncles, and my Granddaddy.] They all four worked together tending sheep, cattle, and farming. We had lots of rain that year and a good crop of maize on our farm, also gardens. We were able to can a lot of food. That was the year the men had the silo trenches dug and were able to store the feed crops in them. It made ensilage which was such a good feed for the cattle. 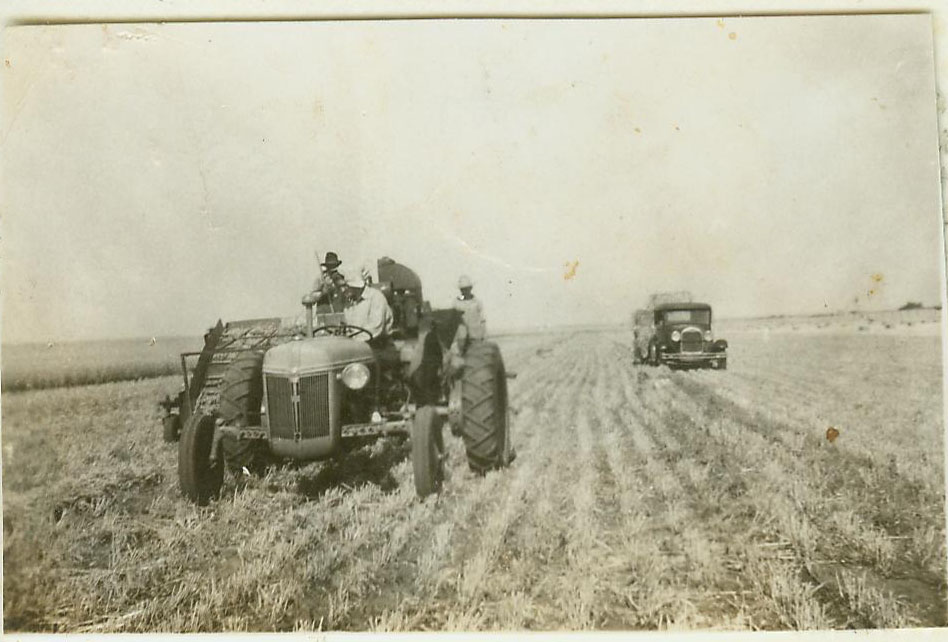 Since the men were working at our place a big harvest dinner was to be served. We also had corn ready to can. Mother Shumaker [her mother, my great-grandmother] and a neighbor, Amy Walker, came to help me. We fixed a good dinner for everyone besides taking care of corn. It was  a fun day with so many people around, and lots of work in progress.

Before time for the ladies to go home, we decided to dress some chickens to have ready to fry for dinner the next day, for the men in harvest. We had fresh tomatoes and green beans from the garden and peaches from the orchard. How we appreciated preparing good meals for the men in harvest. [Having just come through the lean years of the Dust Bowl and the Great Depression.]

Everything was ready for another big day on the farm.

I was restless that night and we were up late. It was a beautiful night weather-wise. We were out on the porch and noticed a light in the north sky. It grew brighter and turned out to be the Northern Lights. Beautiful! I’d never seen them before.

My plans for the next day’s harvest dinner were suddenly changed. We had previously made arrangements for our third baby’s birth to be at my parents’ house. Just after midnight we got our other two babies ready and went to my parents’ house. Dr. Crow was called and Pallie Sue arrived at 3 a.m. September 19, 1941 into a happy home. 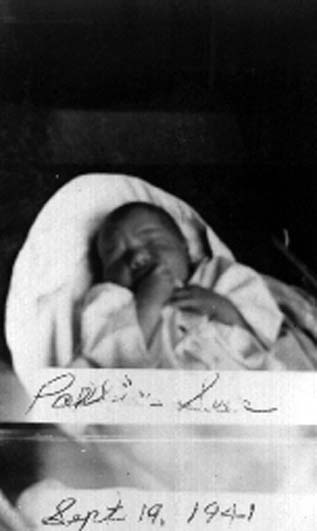 Pallie Sue weighed 9 pounds. Her birthday was near PaPa Easley’s favorite cousin’s, Pallie Johnson. He wanted to name this baby Pallie in her honor and so we did.

Someone took the chicken and other stuff to Nina’s [her sister-in-law] who lived 1/2 mile from us, so she fixed the dinner for the harvest hands. 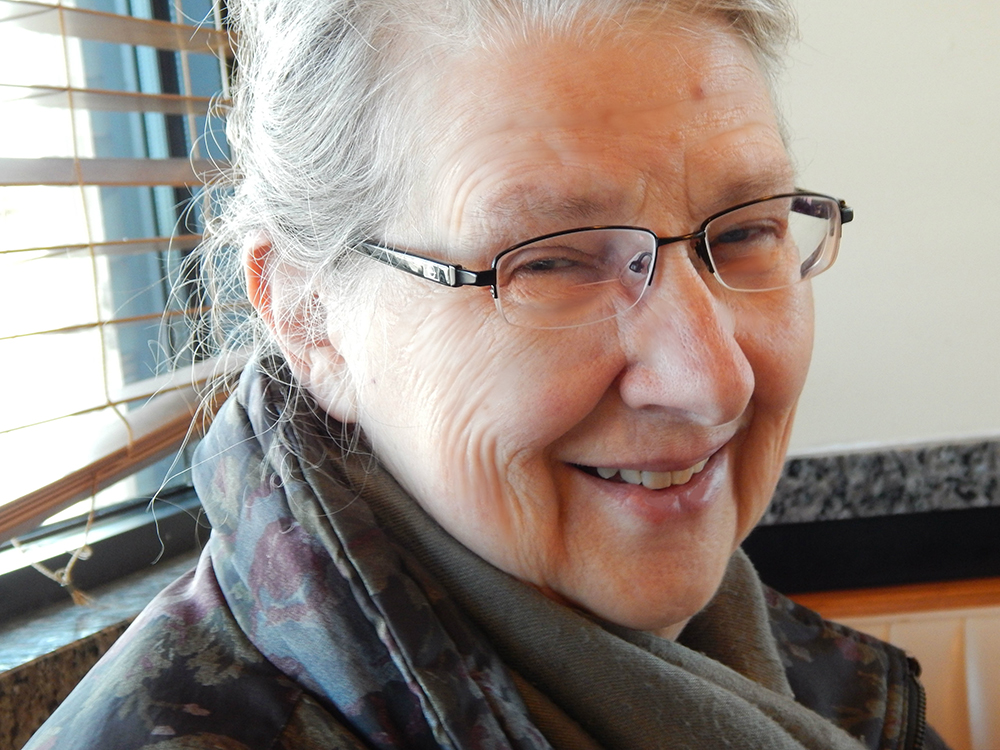