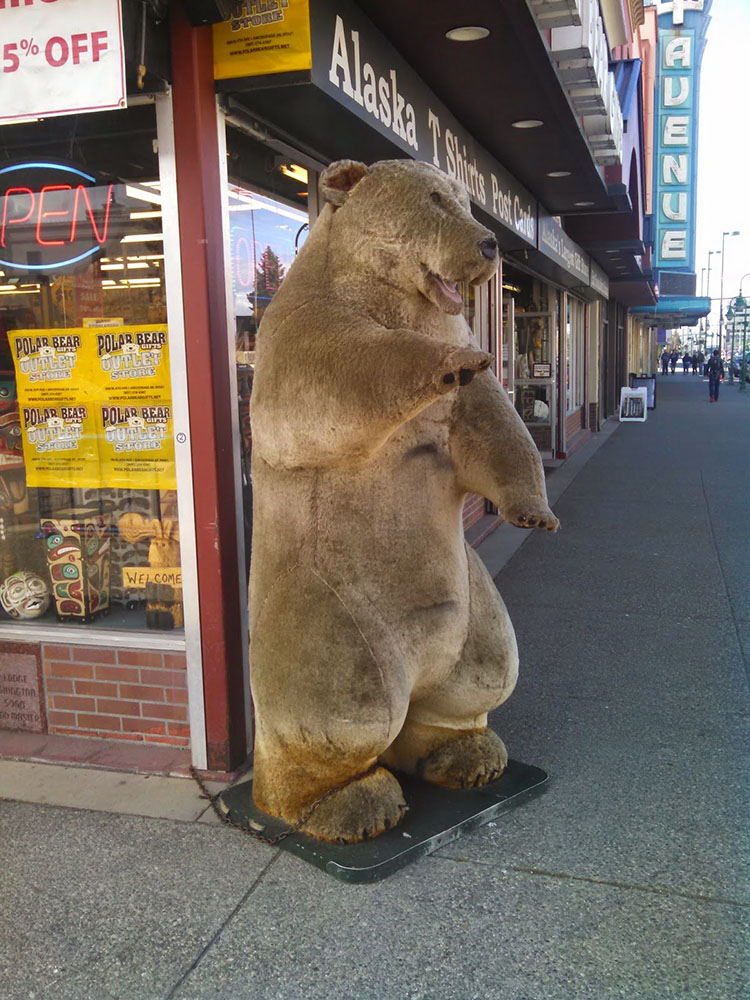 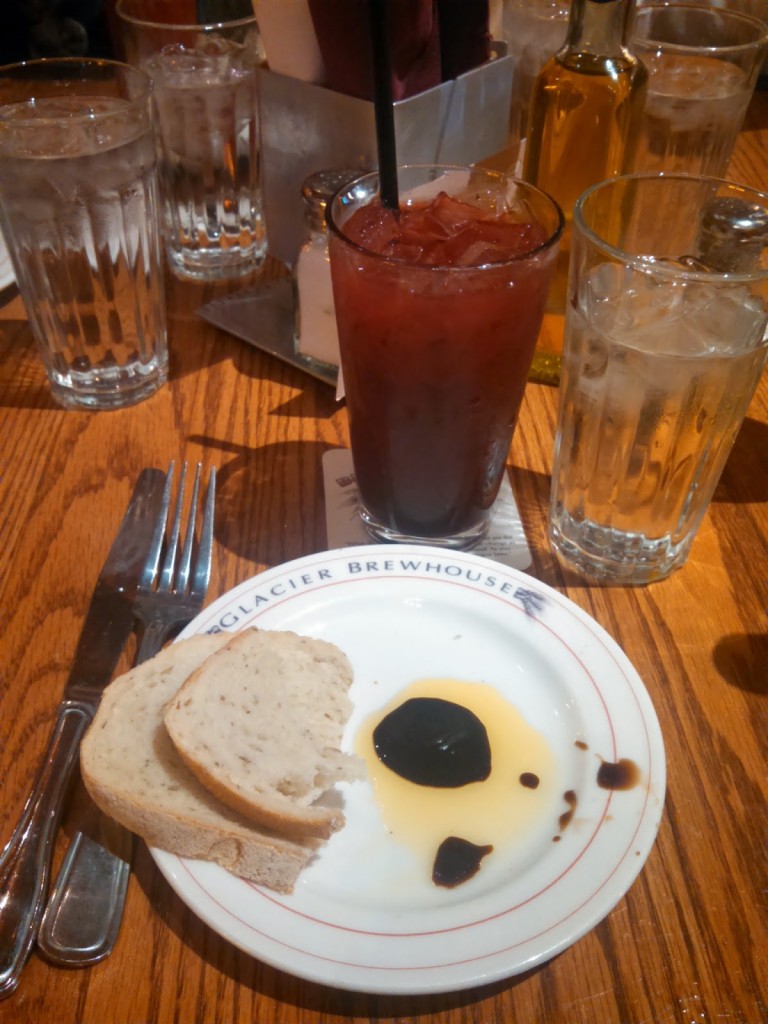 Last night we had dinner at the Glacier Brewhouse in downtown Anchorage. This restaurant is just down the street from the convention center, so we walked over. Obviously, brewed drinks are their specialty, but they had some unique beverage choices in the non-alcoholic section of the menu. I chose Blackberry Basil Lemonade. It was delicious! I would have never thought to add the basil, but it was a lovely variation on mint. 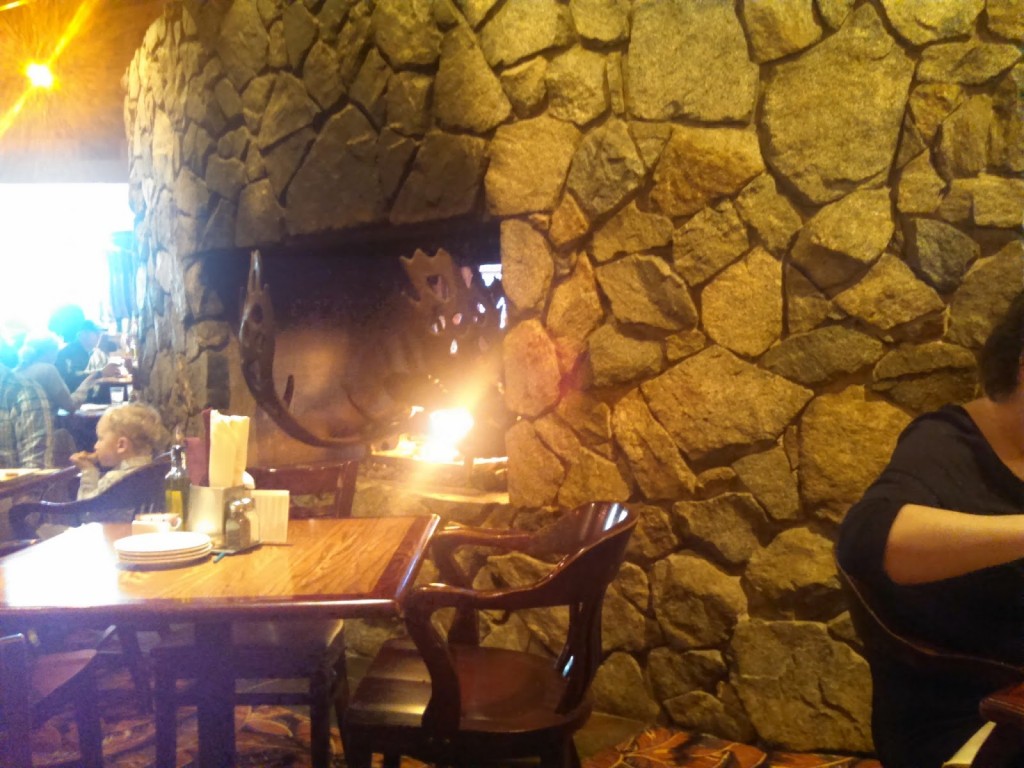 We enjoyed the Alaskan ambiance, not the least of which was the wonderful smell of woodsmoke when we stepped in the door. The large fireplace in the center of the dining room had a gas fire, so it was just for looks. The food was cooked over a wood fire. 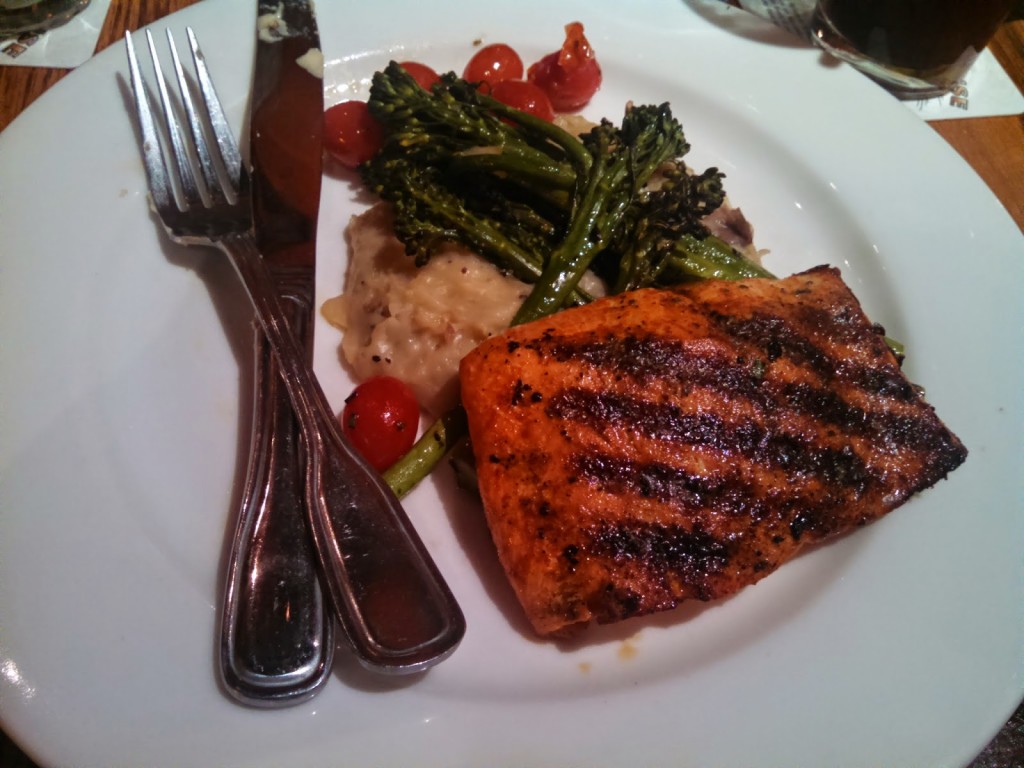 I had the salmon. It just seemed like the thing to order when in Alaska. And yes, it was quite as tasty as it looks. 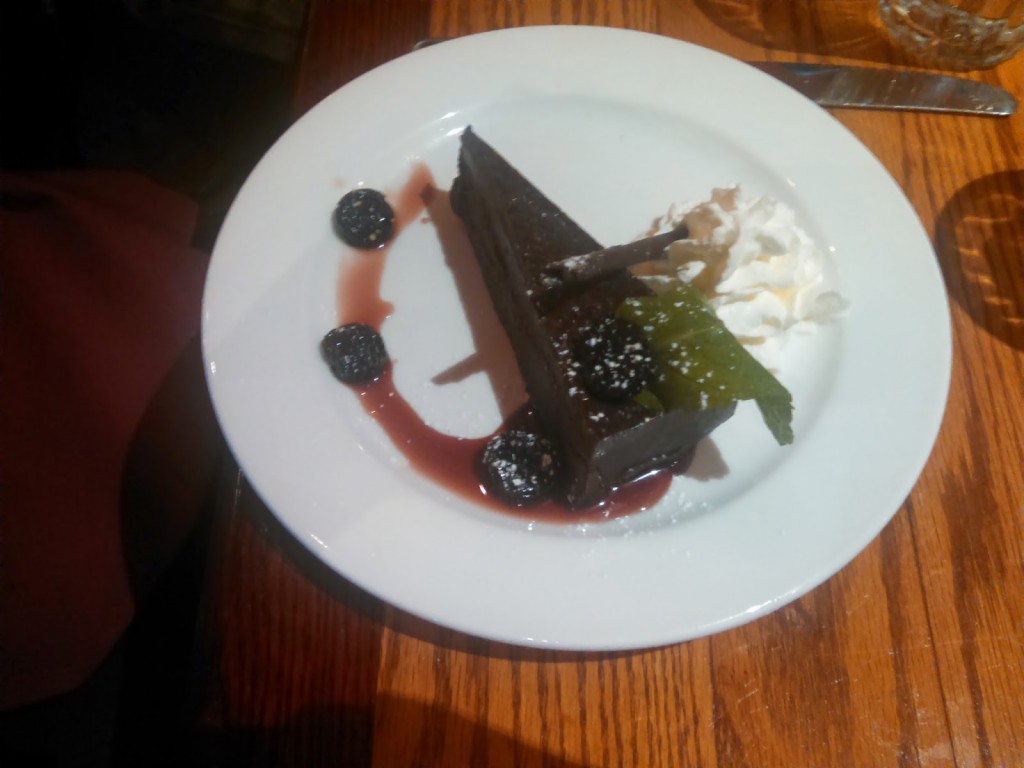 Then we decided we needed dessert. But not much. So we ordered one slice of “crustless chocolate torte” with 5 forks. The waitress laughed at us, but she brought 5 forks. We passed the plate around and around the table savoring the torte one bite at a time. I have to admit I only had a bite about the first 3 times the plate went past me before “crying uncle.” I can only handle so much of uber-rich chocolate desserts. 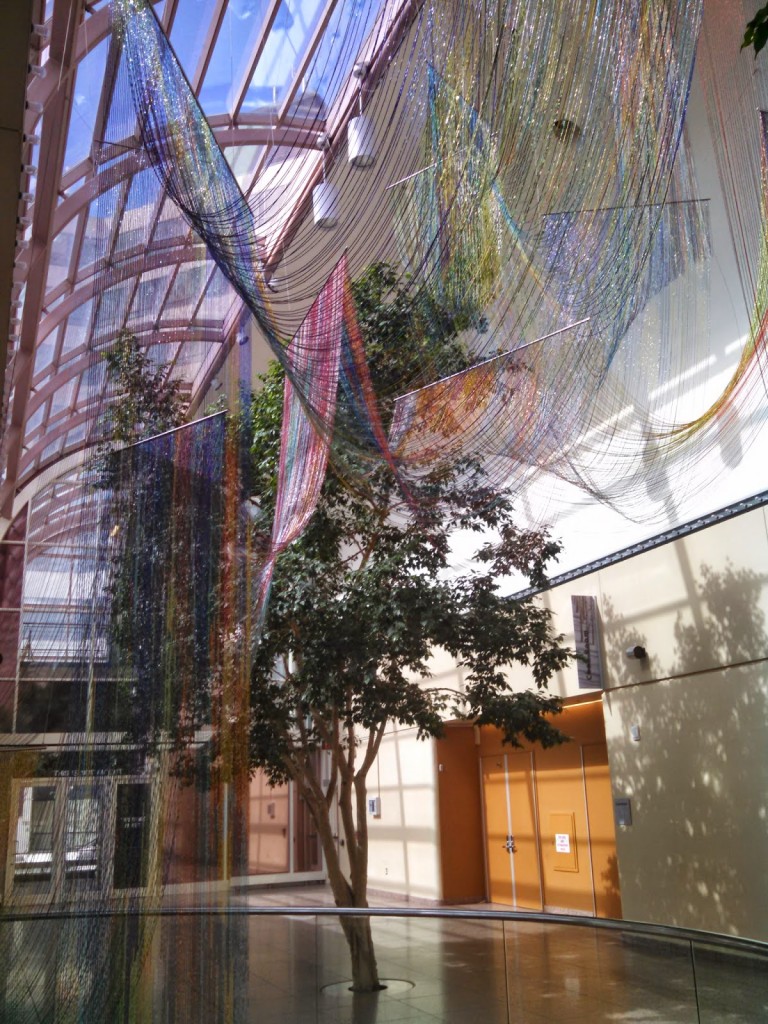 The convention center where we were working featured this stunning artwork in the lobby. I immediately recognized that it was inspired by the northern lights. 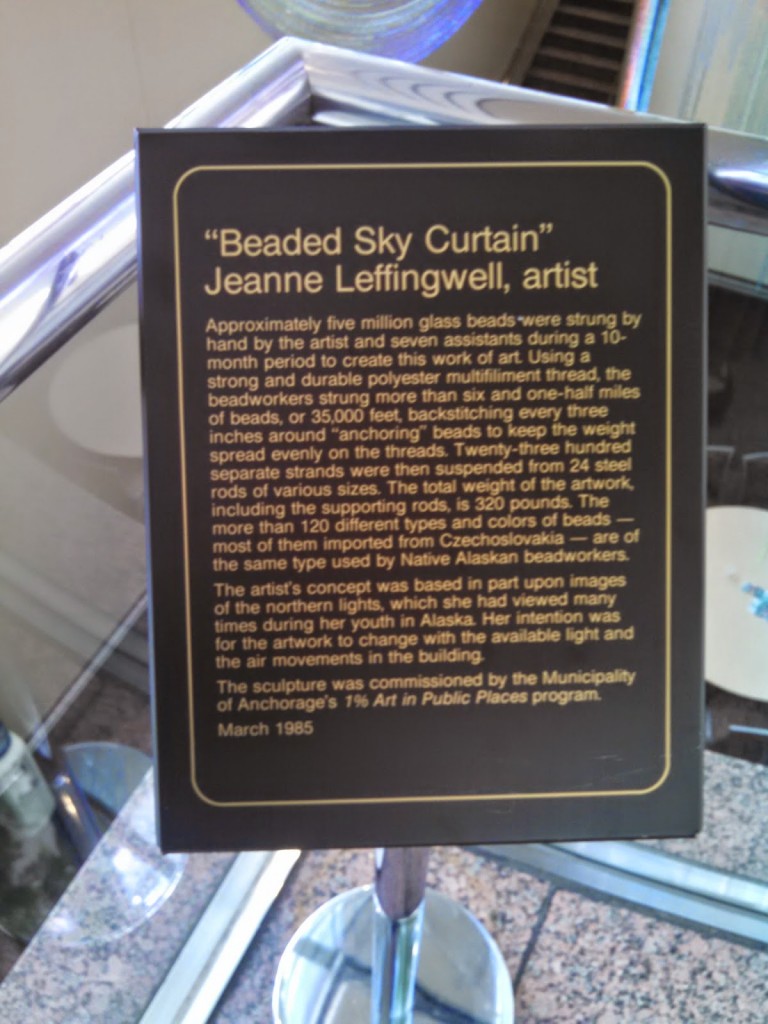 I was amazed to read about the hand-work involved and the method the artist used to create this piece. 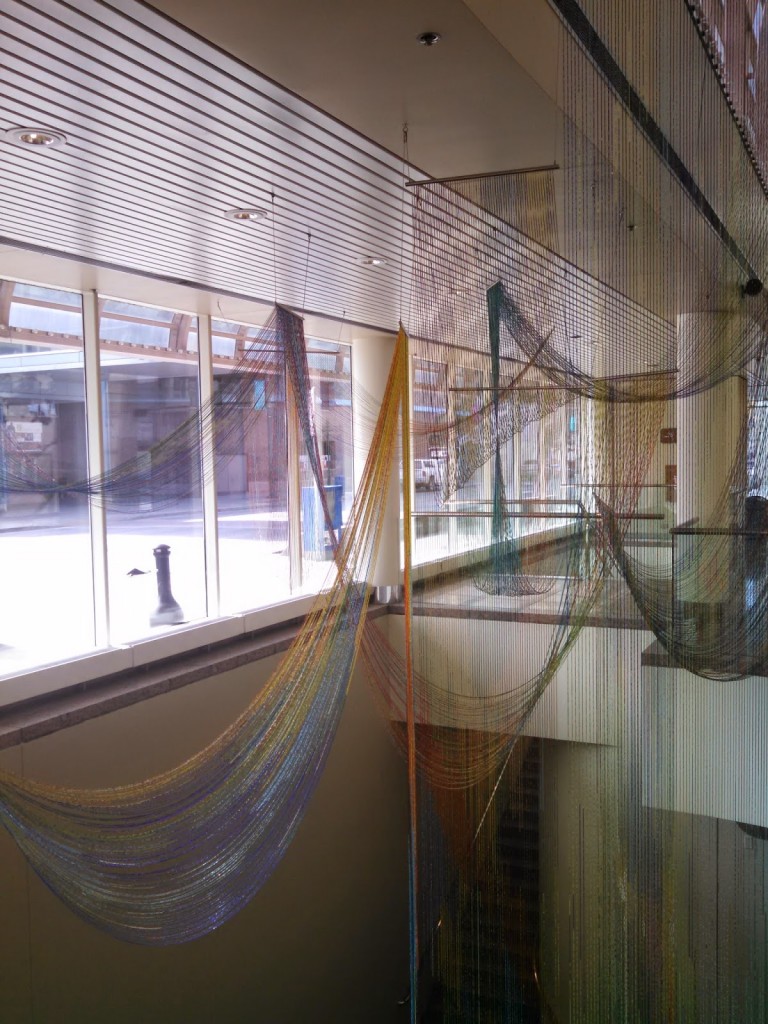 It was hung to drape down into the lower level and then over into the hall. 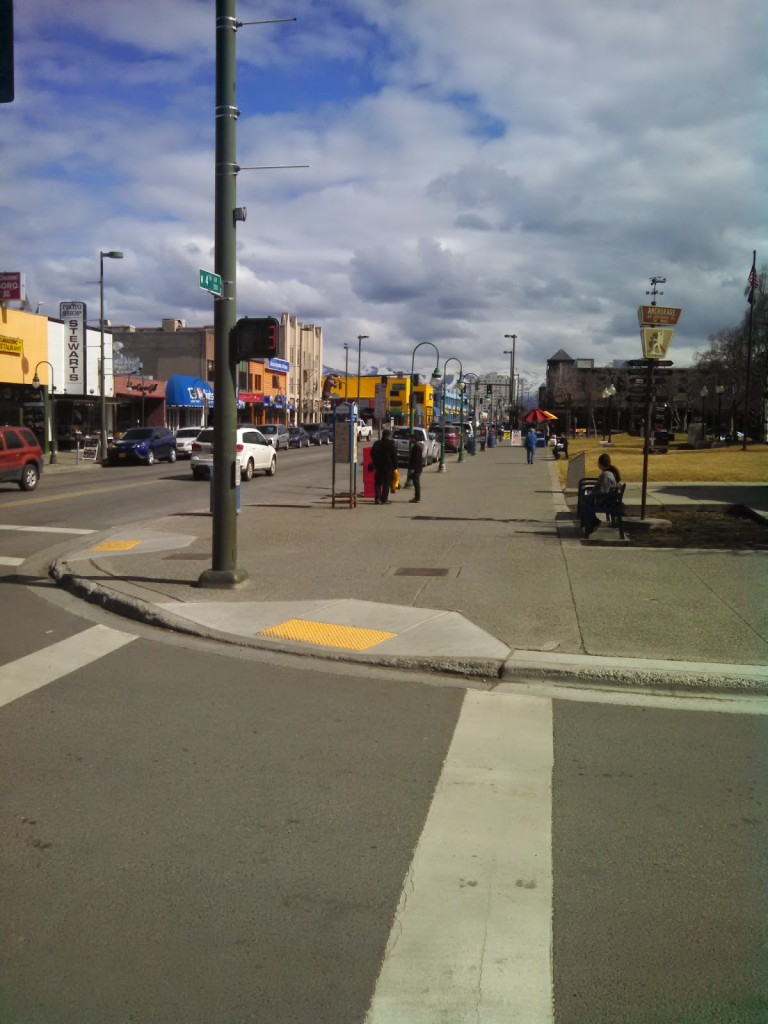 When the convention was over this evening, we took a few minutes to walk around downtown and visit some shops. 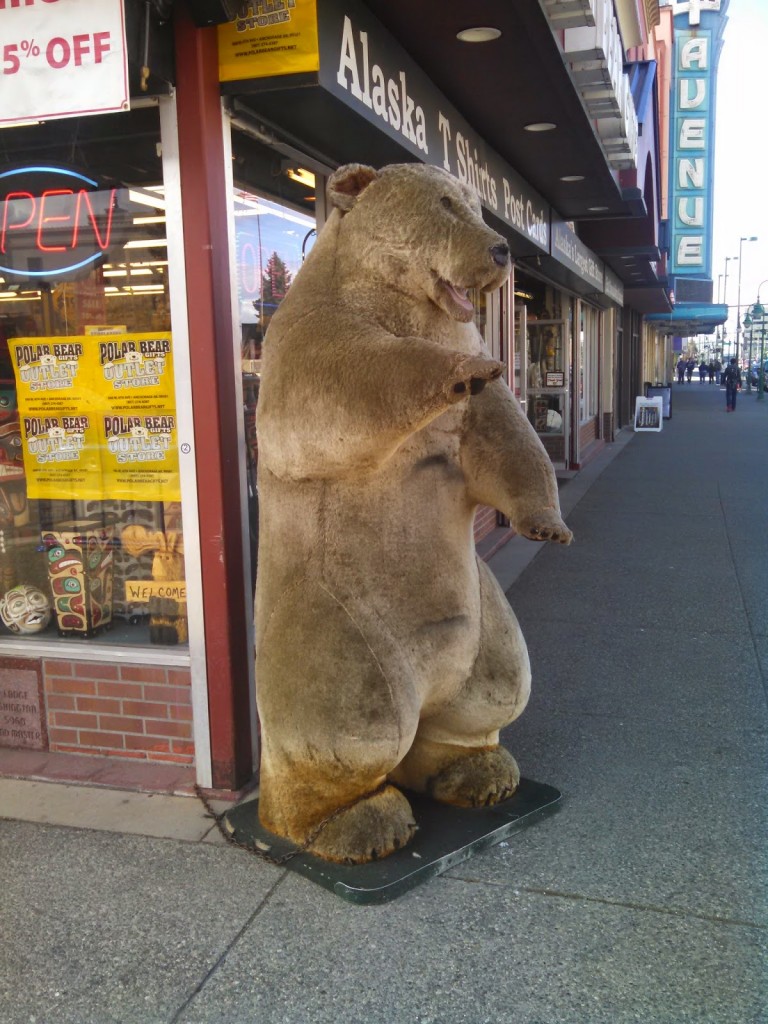 We encountered a bear. He wasn’t real. But he was large.
And thus ends our sojourn in Anchorage. Tomorrow we will be driving to Fairbanks. We are hoping for some great adventures along the way.