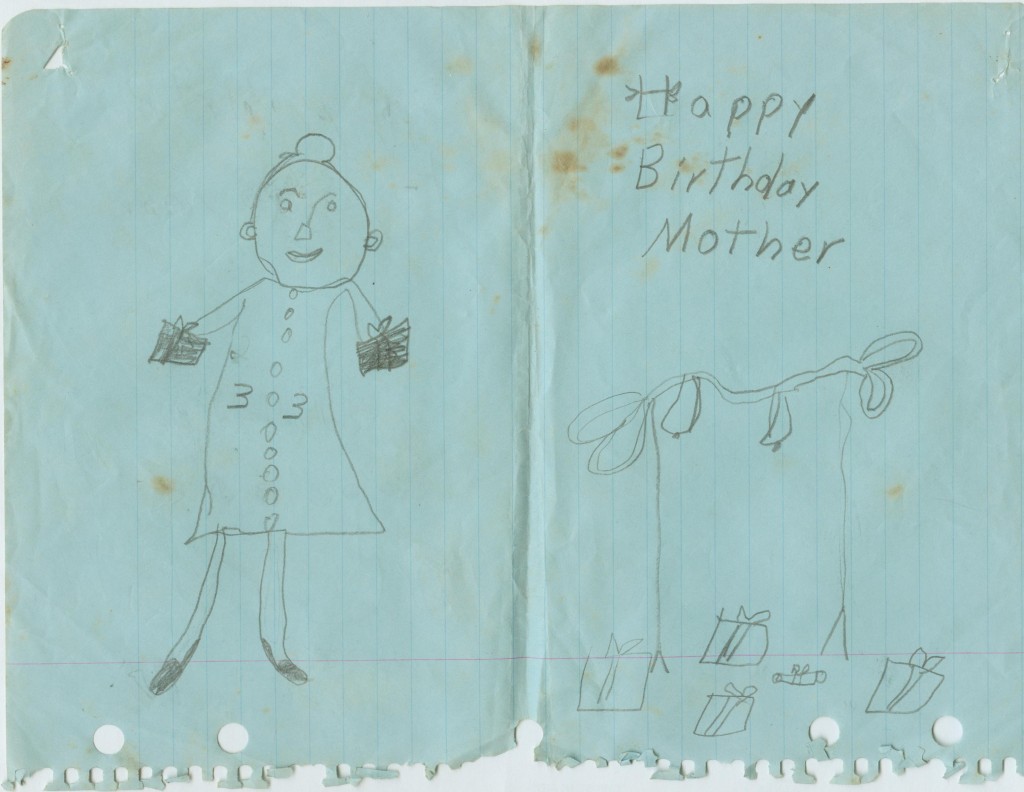 My mother has a hard time throwing out cards and letters. After years and years of hanging onto an ever-growing collection of personal correspondence, Mother finally decided, a few years ago, that she probably could let it go.

You know what she did with it, don’t you?

She gave it to me.

Because I need more boxes of stuff.

No. Seriously. She knew I would do something with it. “Maybe write a book” is her great ambition for me. And I have every intention of doing so.

In the meantime, I’ve been trying to digitally archive the papers that are worth preserving for posterity. Not everything is.

But don’t tell my mother.

Mother kept her greeting cards separate from regular letters. Didn’t matter if they just had a name signed to them. They were too pretty to just throw out. And then she had a brilliant idea. She sorted the cards into five piles. One for each of her children. The next time she saw us she gave us back all the cards we had ever sent her.

“Don’t buy cards for me anymore,” she said. “Just pick one out of here for the next occasion and send it to me again.”

How’s that for a recycling idea?

Have I mentioned before that’s she’s a very frugal soul?

Her birthday snuck up on me that year, as it often does, and I realized I hadn’t bought her a card. Oh! Never mind! I don’t need to! I dug through the stack of cards she had returned to me, struck through the original date… …and  jotted 2012 below it. I stuck it in a envelope and dropped it in the mail, thinking she would get a good chuckle out of it. The next time I was talking to her on the phone she thanked me for the pretty card. When I pointed out that it was recycled per her instructions, she hadn’t even noticed. She didn’t recognize the card, and didn’t understand why I wrote on it. So I guess it’s not such a silly idea at that. 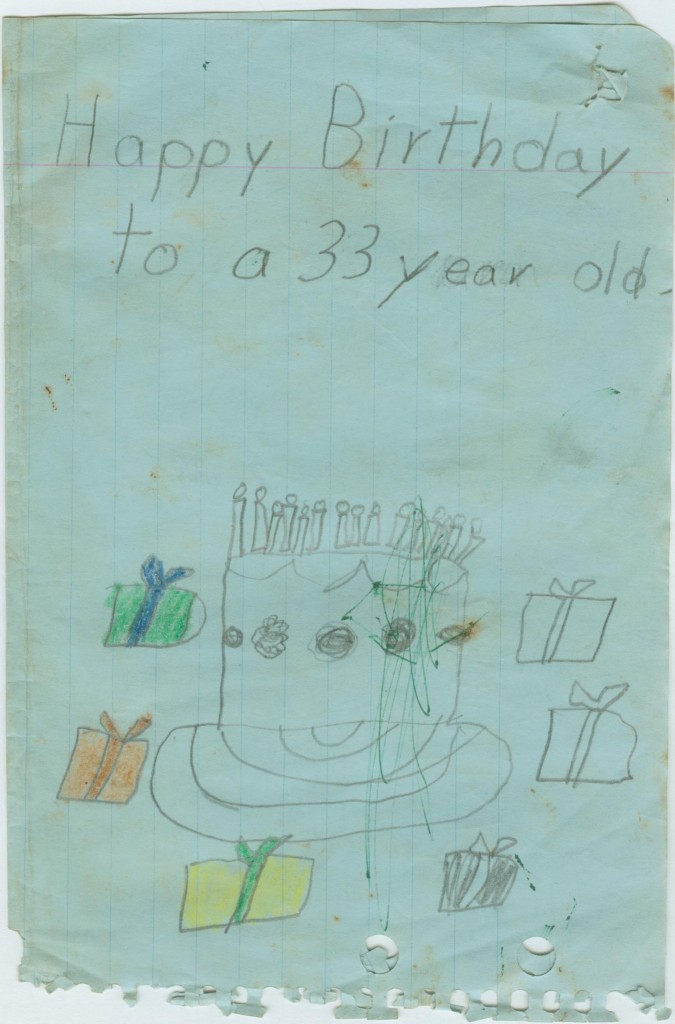 My mother’s birthday is tomorrow. September 19.

Nor do I think she looked much like the portrait I drew. And I can’t, for the life of me, make out what the structure is looming above the gifts on the right in the top picture. A table with a wavy top? A fireplace with a swag and but no fire? A short doorway with bells hanging from it? I wanna say maybe I was going for crepe paper streamers and honeycomb-tissue-paper bells, because that’s what was in vogue for party decorations in those days. But then, what are the forked feet on the thing? I really and truly have no idea. I wasn’t all that good at art either.

And yet my mother saved it. Bless her heart.

I love you, Mother! Happy birthday!