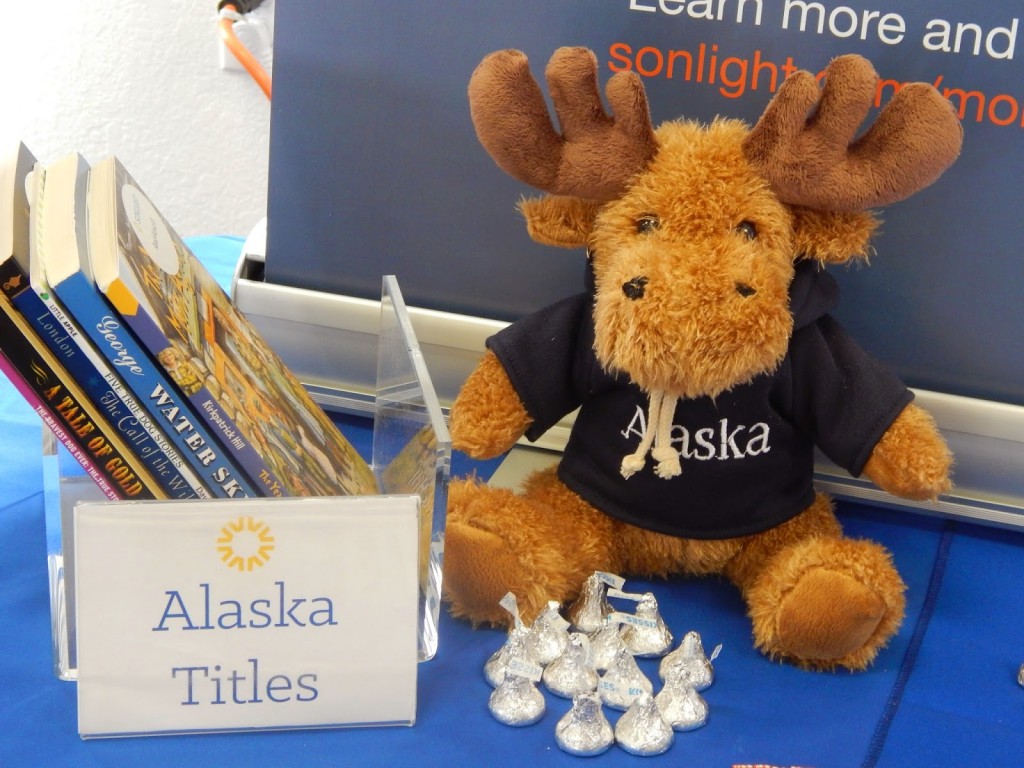 Today was our first convention day here in Alaska. We even put together a special little display featuring books we carry that are set in Alaska and of course we had to add a cute moose mascot. He will be going home to live with Judy’s little grandson, but for this week he’s helping out in the booth. 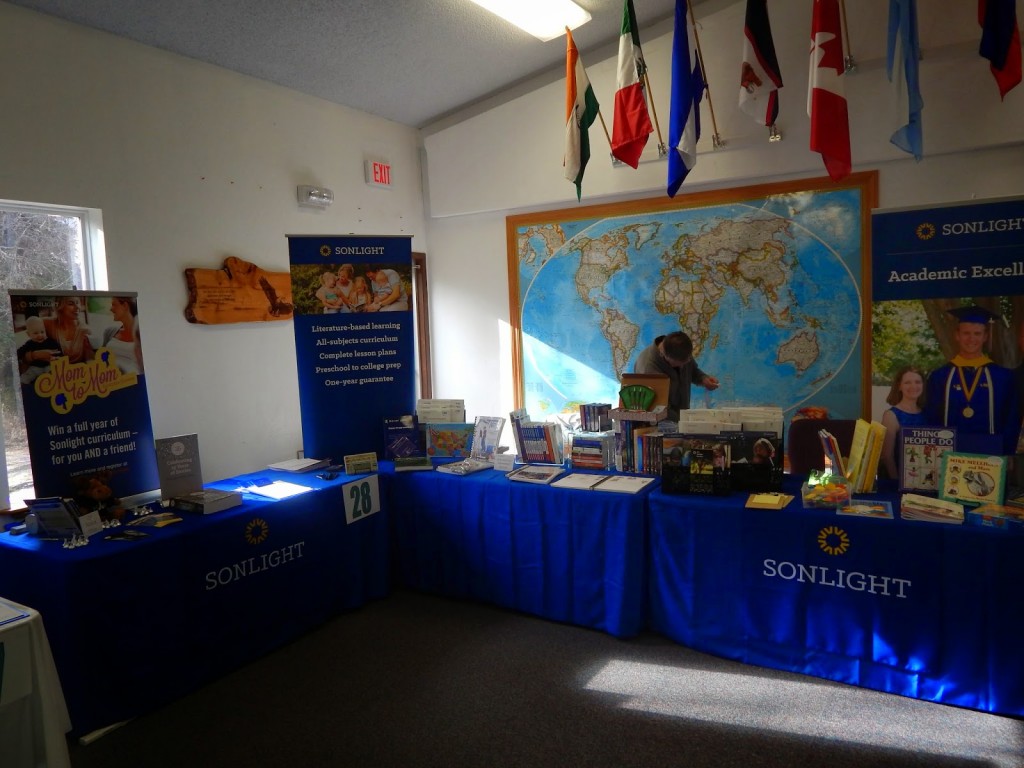 Our booth space went around a corner and had a very large world map mounted on the wall behind it, which made for an interesting yet attractive set-up. Don’t you think?
The convention ended at 5:00. We packed and loaded up for the 3-hour drive back to Anchorage. 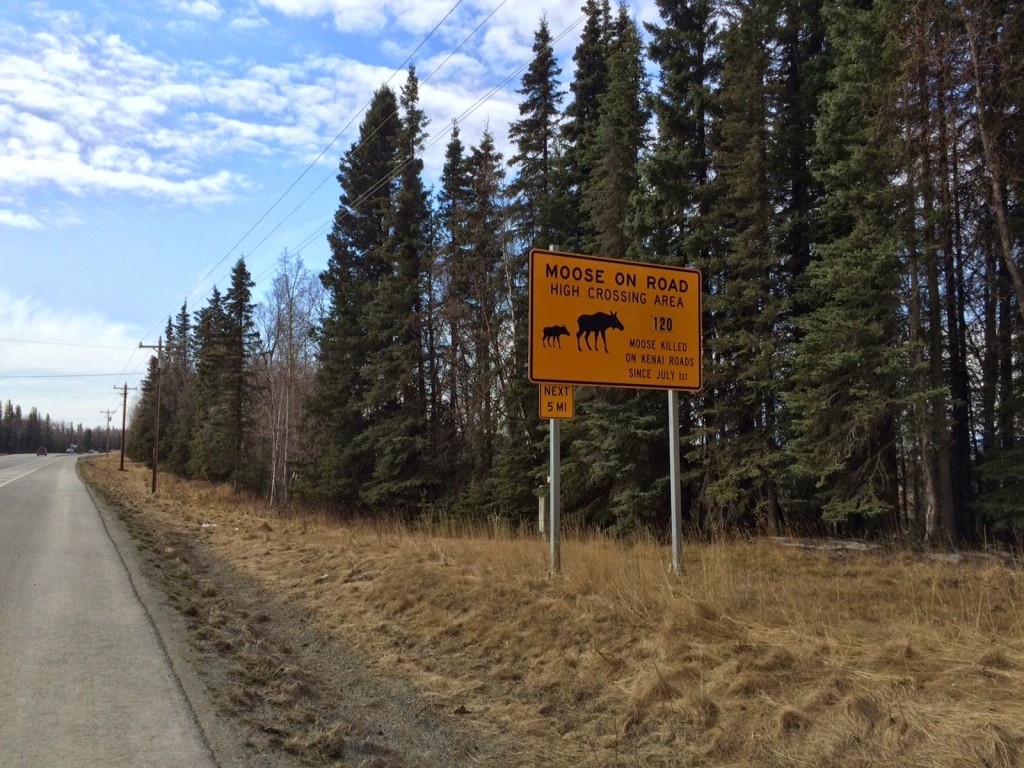 We have been avidly watching for “Moose on Road” but saw nary a one this evening. (Road sign photo courtesy of Stan.)
We would also not have objected to seeing bears, caribou, or whales along the way, but no such luck. In fact, the only wildlife we’ve seen at all has been ginormous mosquitoes, various birds… and a very strange character at WalMart who was insistent on helping us load our groceries in hopes that we would give him a dollar for his efforts. Never mind that there were four of us who were perfectly capable of loading our own groceries. That was kinda scary. 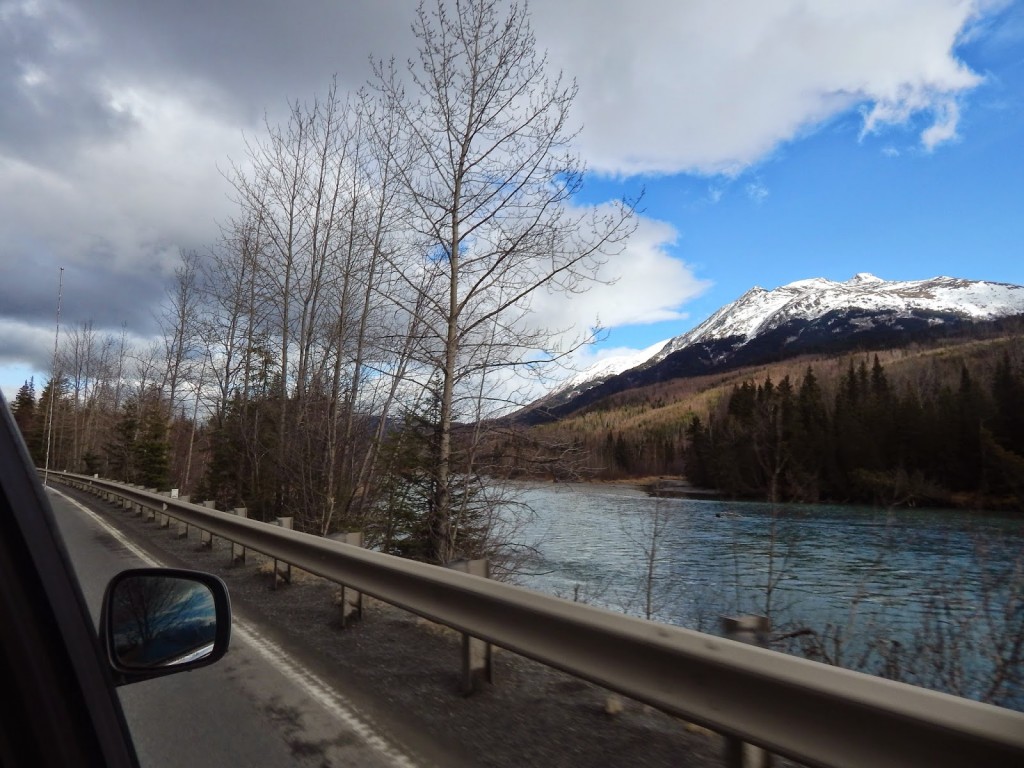 We have seen more blue sky this year than last year… which make the snowcapped peaks much more spectacular. 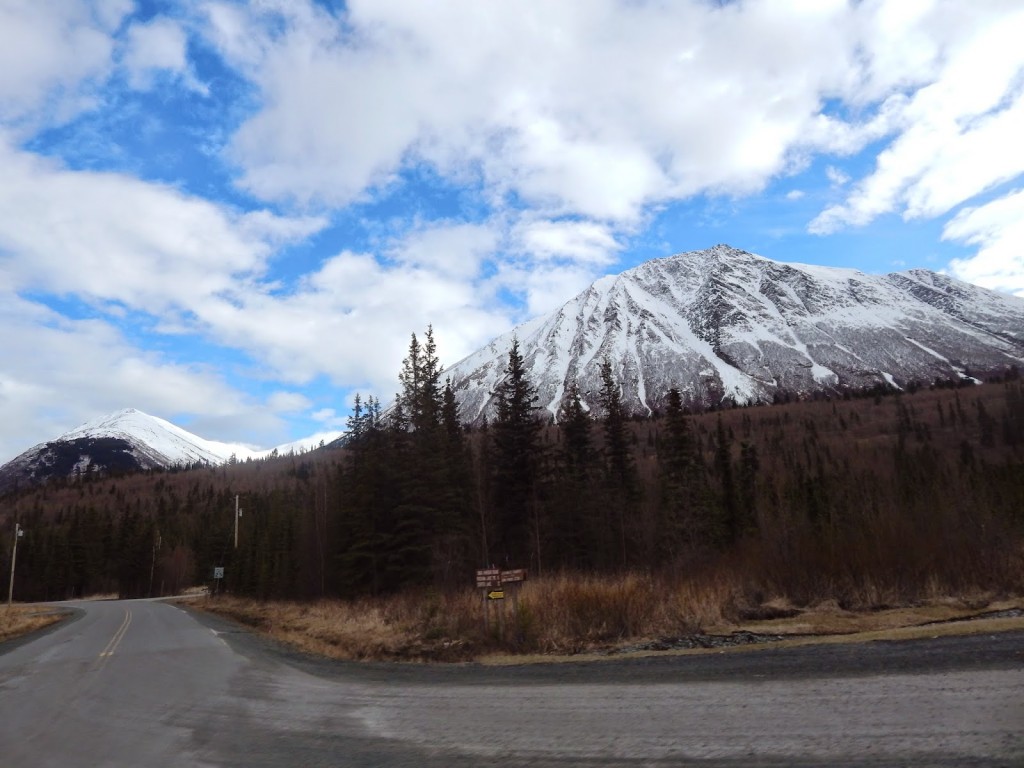 The late daylight hours made the drive back from Kenai very pleasant, in spite of all the animals apparently hiding from us. 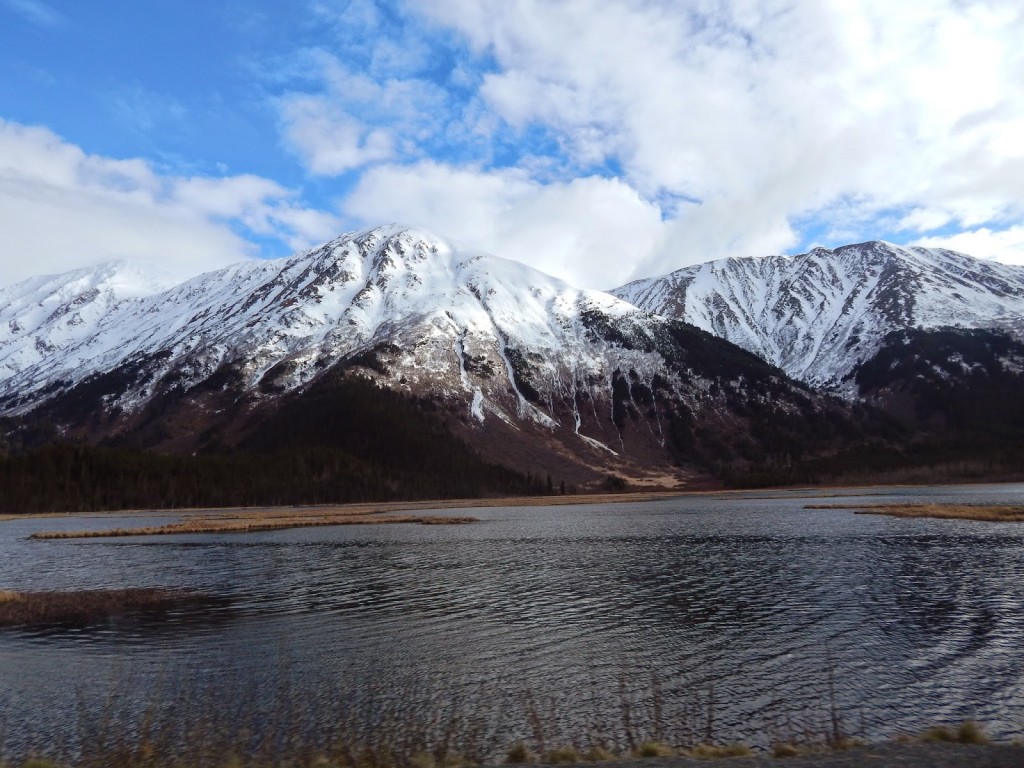 It’s been a long day, and tomorrow will be an early one, with set-up for the Anchorage convention first thing in the morning.
No scenic drive on tomorrow’s itinerary… but on a trip like this, you never know what might happen. It’s always an adventure.