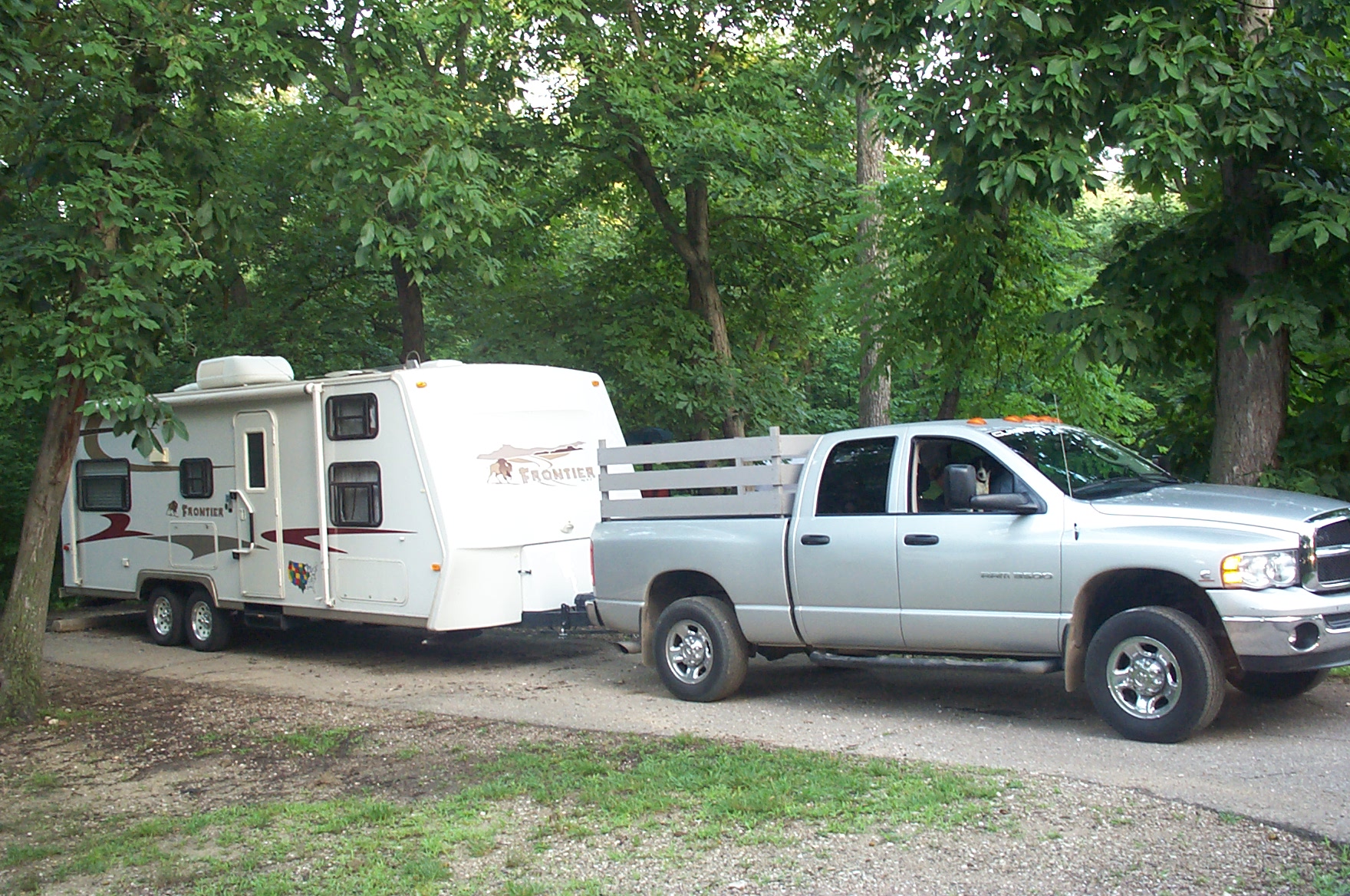 Another easy day. Hot and muggy in the mid-west! Probably not as hot as it could be, the humidity about knocks us over, coming from the drier northwest. 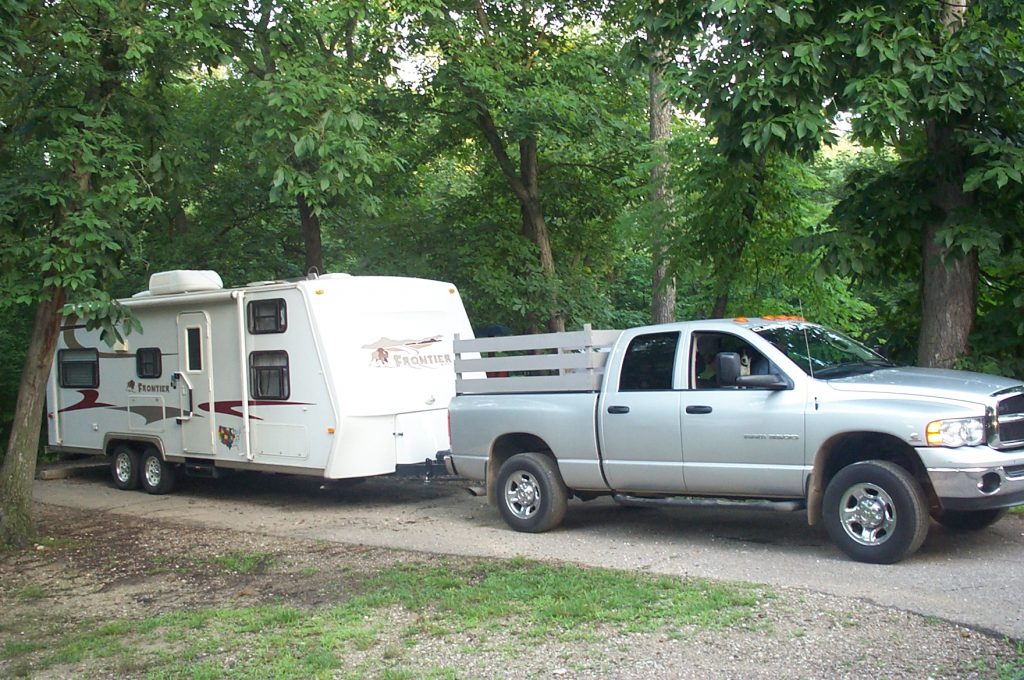 We stayed at a state park near Columbia, Missouri. Arrived in the middle of the day, so had time to relax a bit in the air-conditioned trailer before Lyle and the kids went into town to see the fireworks display. Lyle and I played Scrabble. It was a pretty close game until he played the word “educator” over two triple word squares for a total of 140 points for that one word!! He just thought he was pretty smart! 😉