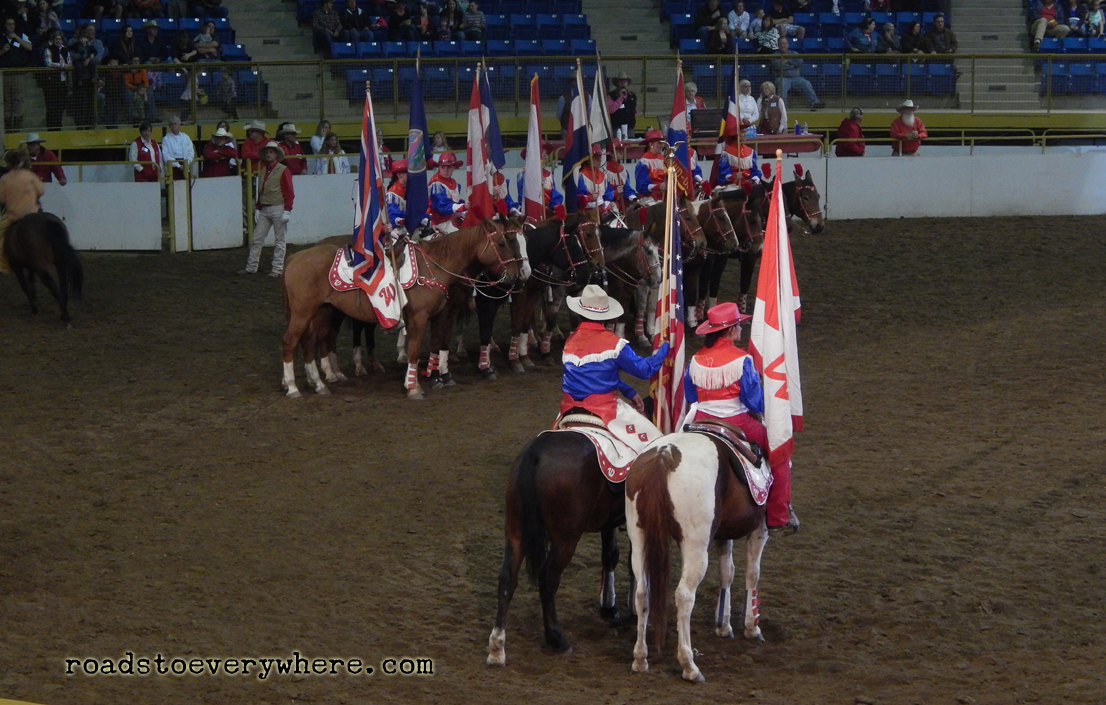 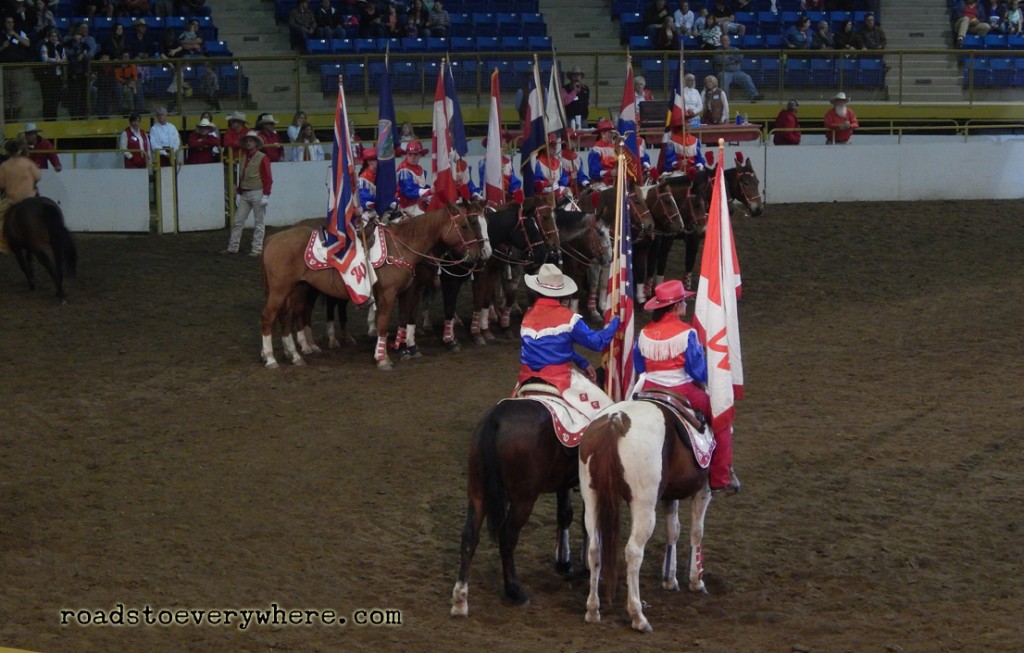 On Saturday evening, after the quilt show, our family and a friend went to the Horsecapades show at the National Western Stock Show Arena. This was the one thing Rebecca wanted for her birthday a few weeks ago. She had heard of the Westernaires and was so very interested to see their show. We promised to take her as a gift for her birthday. She was counting the days. 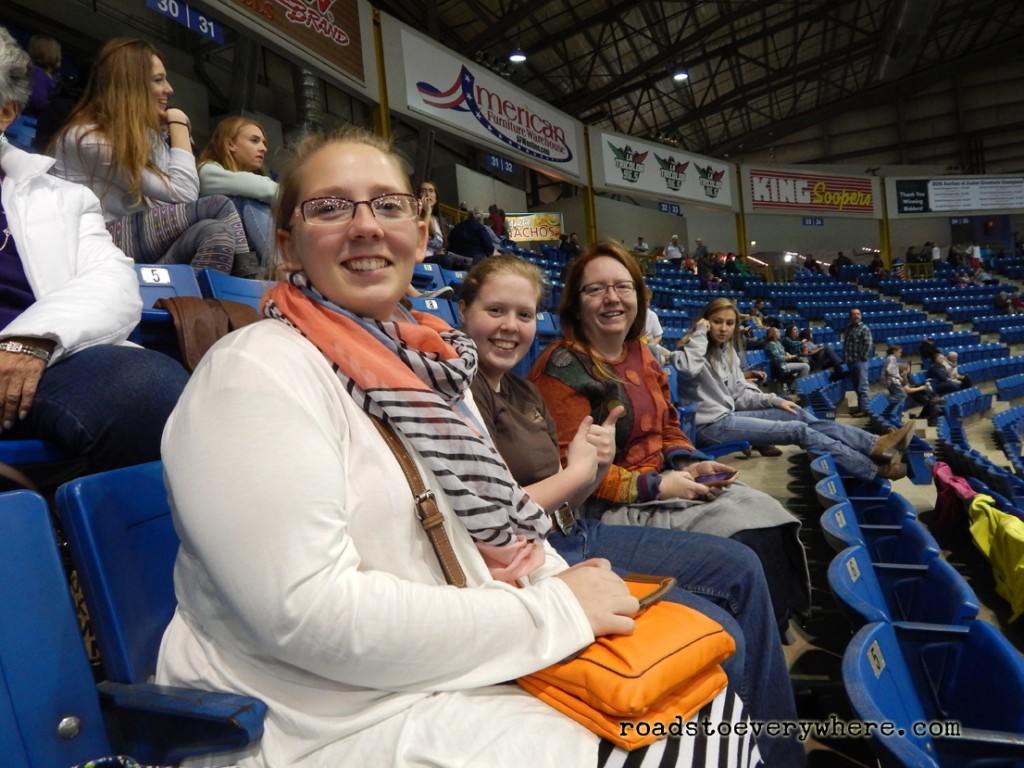 Oh, you hadn’t heard of the Westernaires? Well, neither had we until we moved to Denver. It’s a youth organization similar to 4-H or FFA or something like that, only very horse-specific. It’s only open to young people ages 9-19 who live in Jefferson County, Colorado. Not only is Rebecca too old to participate, we live in the wrong county. However, she thoroughly enjoyed being a spectator. 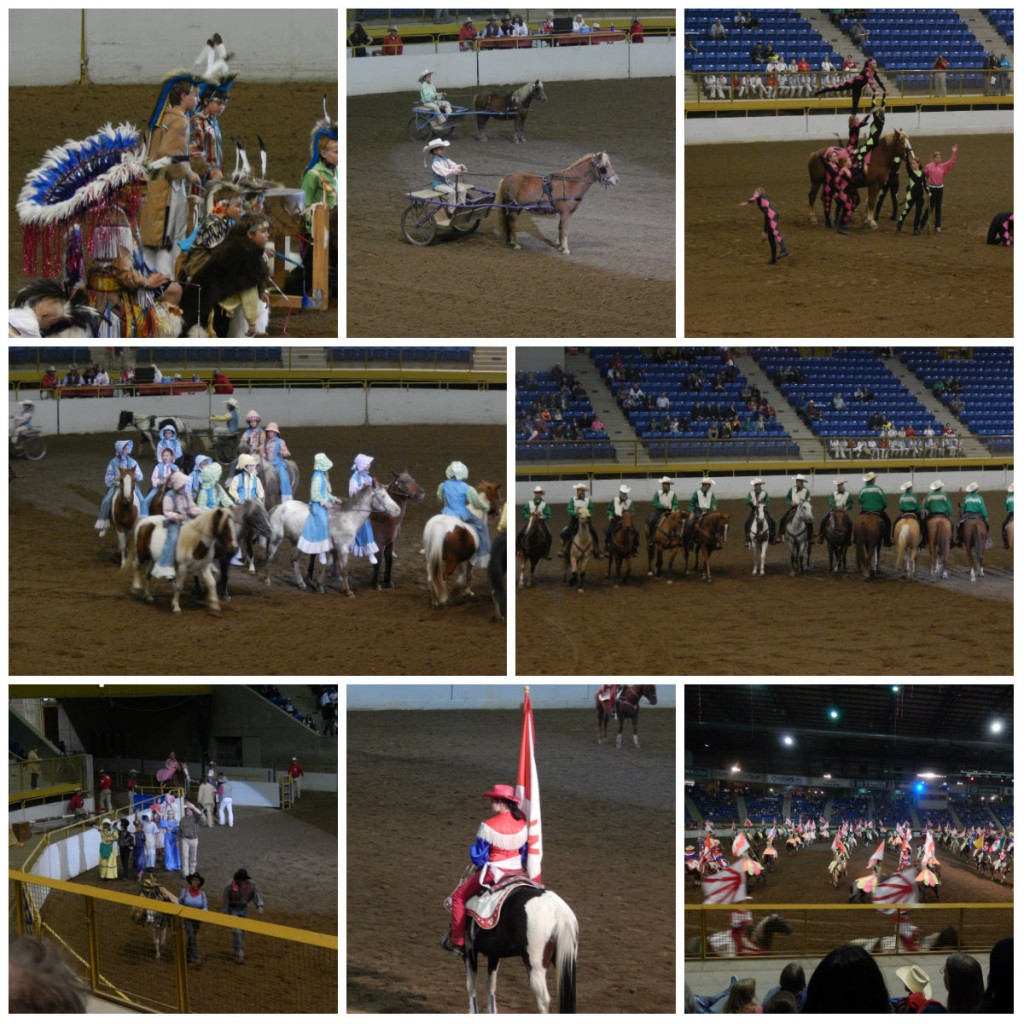 The Westernaires travel around and put on other shows throughout the year. They also participate in the National Western Stock Show in January. The Horsecapades show in the fall is their big extravaganza for the year, featuring all the different age divisions and abilities. 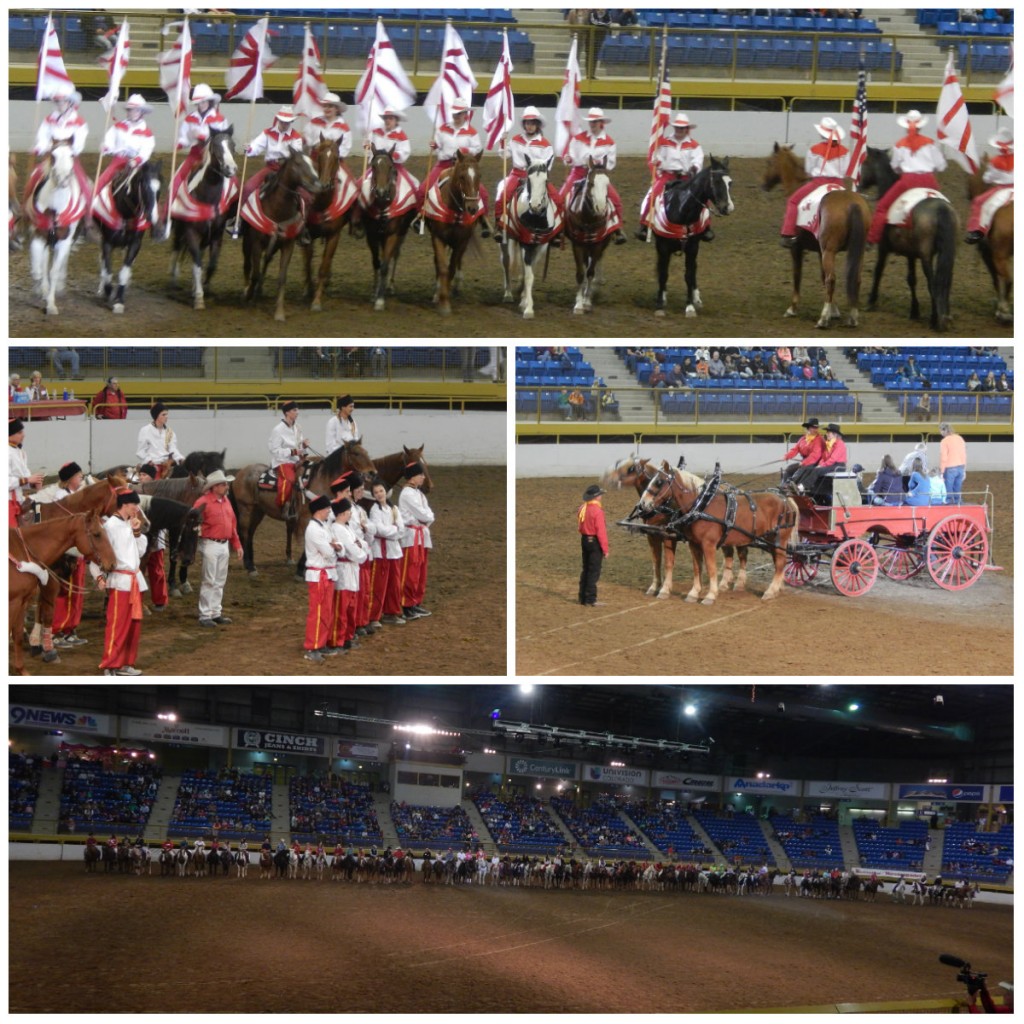 Some of the groups re-enacted things like the settlement of the old west and the trick-riding Cossacks. Other teams performed precision riding exercises and dressage. 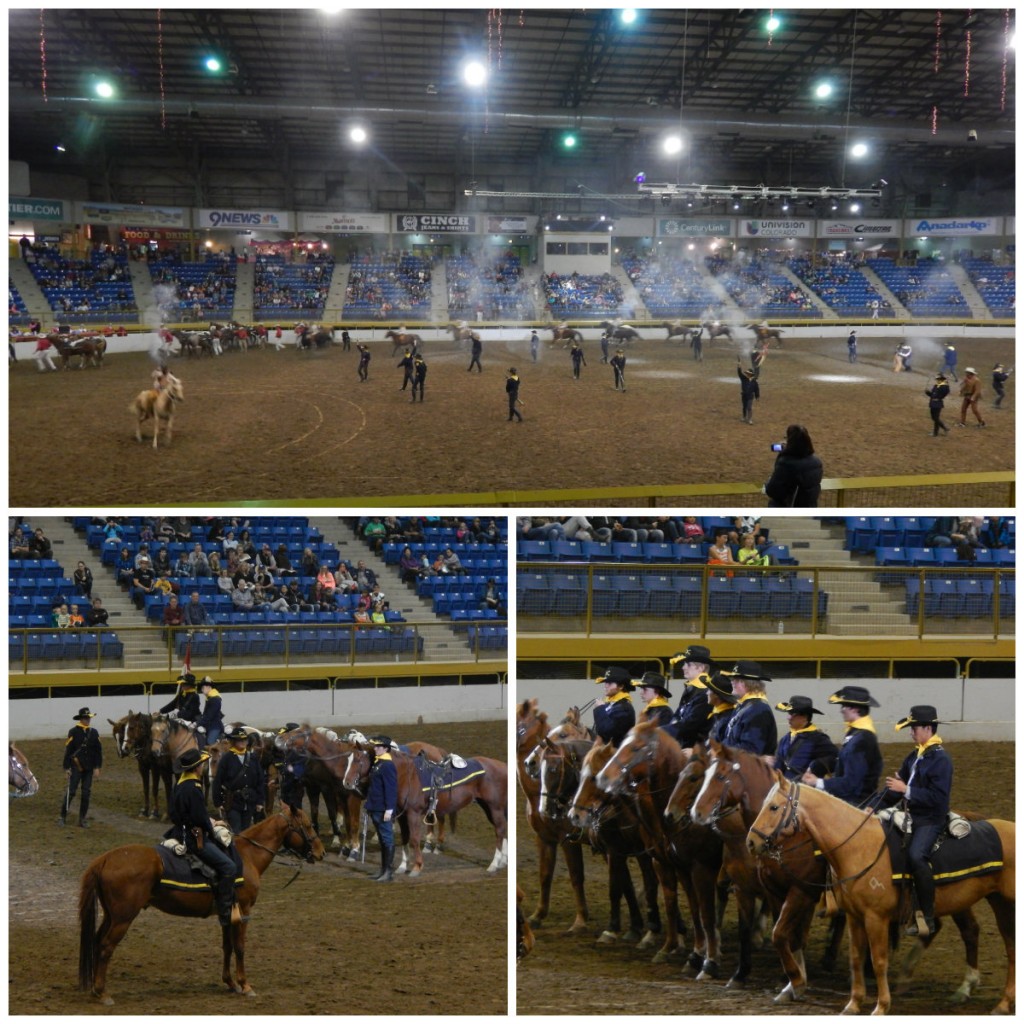 Rebecca’s favorite part of the show was the re-enactment of the Battle of the Little Bighorn and Custer’s Last Stand. Spoiler alert: the soldiers all died. And the lights went down. Taps played. It was very sad. Then a cannon went off and made us all jump. Before the lights came back up the “dead soldiers” mysteriously disappeared from the battlefield.

I have to admit that the whole show very impressive, especially when you remember that these are kids and teenagers. I can’t imagine the commitment and hours of practice they must put in. I don’t think any of us enjoyed it quite as much as Rebecca did. Still, we thought it was a better entertainment value than Casa Bonita.