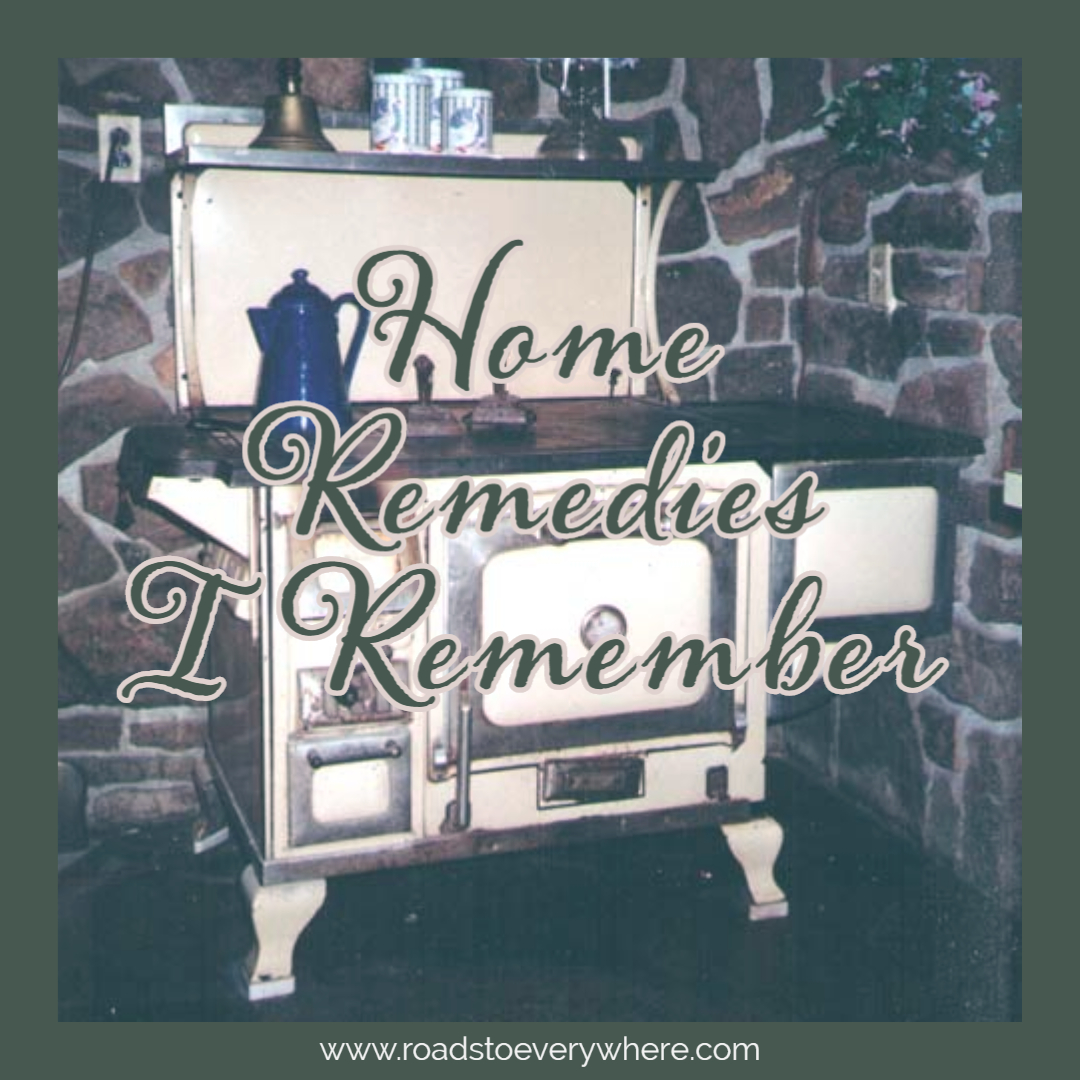 When I was growing up we didn’t go to the doctor much. We didn’t have health insurance, nor much money, so my parents and grandparents usually tried to treat minor illnesses and injuries with home remedies first. Sometimes they worked. Sometimes they didn’t.

My family was into healthy food and holistic treatments way before it was trendy. We ate lots of fresh or home-canned garden produce because that’s what we had. I suppose the adults realized that was healthier for us than processed foods but I always just assumed we couldn’t afford it. No doubt that was a contributing factor.

We also had raw milk, homemade butter, whole wheat bread, and honey as part of our regular diet. This was the 1970s, when other families were eating things like TV dinners and margarine and canned biscuits. Kids at school would have Pringles and Twinkies in their lunches, and here we were having to eat old-fashioned whole foods. We thought we were deprived. It definitely was not cool.

Granddaddy, especially, was good at researching and discovering what was good for us. He sent my mother some vitamins early in her pregnancy with me. He had to explain what they were.

May 21, 1965: “Pallie Sue, we are sending these vitamins that I’m sure will be to your better health. This isn’t medicine, though it is tablets and pills. It is concentrated foods. Eat all the fresh vegetables and fruits you can. Some peach tree leaves that haven’t been sprayed could be dried and a tea made from them. Will help relieve the nausea.”

Later he shared the benefits of lemon juice:

October 23, 1965: “Pallie Sue, get plenty iron, calcium especially, and protein. The juice of lemon in a glass of water 3 times a day is very good, too. (No sugar or salt.) Is a good cleanser, is high in calcium and Vitamin C.”

I’m surprised he didn’t advise blackstrap molasses to help increase her iron. Maybe he hadn’t learned about that yet.

We were told cayenne pepper and golden seal root are natural healers with antibiotic properties. Mother always kept cayenne in the pepper shaker in her kitchen, rather than black pepper. I don’t think there was necessarily anything wrong with black pepper it was just that cayenne pepper was so good for us that she just got in the habit of using it as an all-purpose seasoning. I still prefer it over black pepper.

For a number of years both Dad and Granddaddy kept bees. We loved to mix honey with butter and spread it on hot biscuits or cornbread. Makes my mouth water just to think about it.

Homemade cough syrup was made of apple cider vinegar and/or lemon juice mixed with honey. Even as a kid I preferred that to “store-bought” cough syrup. The taste of commercial concoctions still makes me shudder.

I think I was a teenager when my parents concocted a salve of Vaseline mixed with generous portions of golden seal, comfry, and I’m not sure what other dried herbs, to be used on cuts and scrapes in lieu of antibiotic ointment. It made an ugly dark brown scab, but you know what? It seemed to help speed up healing. Or at least we thought it did. Dad called it “Ezell’s Best Salve,” like he had invented some great cure-all! (I wonder if he still has the recipe?)

We did have a few bottles of over-the-counter remedies in the medicine cabinet. Before the invention of “Ezell’s Best” our topical wounds were usually smeared with Merthiolate, which we called Red Medicine. We hated it because it stung so bad. “Blow on it!” Mother would say. That was probably just to give us something to do instead of fuss, because I’m not sure that blowing on it actually helped anything. I don’t think Merthiolate is even still around.

For awhile we used Mentholatum for any respiratory issues, but then my parents discovered Olbas Oil, which is a blend of essential oils. That was probably a healthier choice than the petroleum-based Mentholatum. Essential oils have come into their own in recent years and several people in my family have learned a lot about how to use them effectively. (Interested in joining an MLM? I can probably fix you up!)

My favorite antiseptic was (and still is) Campho-Phenique. I love the way it smells and it provides almost instant relief for itchy mosquito bites. Of course, you have to keep re-applying it, but at least it smells good.

One other thing I remember from my teen years was “mushroom tea” growing in a jug on the counter. That sounded so nasty to me. I couldn’t imagine why anyone would want to drink that, health benefits or not. Fast forward 30 or 40 years and now you can buy it in bottles almost any place. It’s called kombucha and I actually like it.

It’s interesting what comes and goes in the way of health trends over the years. I do appreciate having a legacy of tried-and-true alternative remedies for those times when more conventional treatments aren’t convenient or accessible.

Did your family have home remedies when you were growing up? Or do you still?