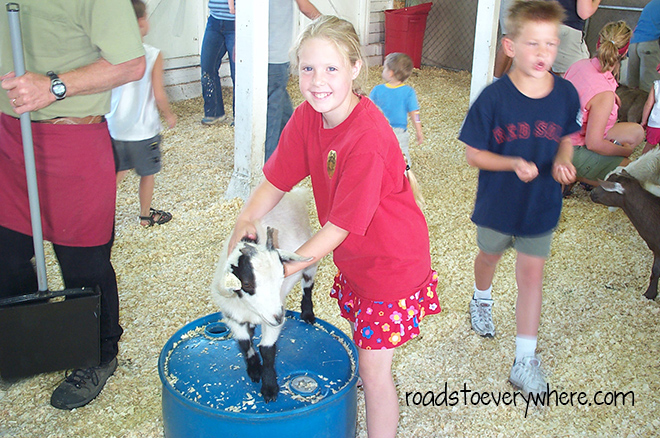 It’s fair week. The North Idaho State Fair  in Coeur d’Alene is a big deal around these parts. Almost everybody takes the time to go. Due to my recent aversion to crowded situations I probably won’t try to go this year, but the rest of my family is looking forward to it. My nieces and nephews will have 4-H entries. Rebecca is especially interested in seeing her cousins’ goats. My favorite part is going through the exhibit halls looking at all the entries. It’s always a lot of fun.

Susan  Marlow, author of the Circle C Adventures books for kids, is my guest today sharing about some of the historical fair traditions that have been carried down from the pioneer days.

Take Me to the Fair!

Fairs have been around for a long time. They date as far back as the days of Rome. So it stands to reason that the American colonies would want to continue the tradition of showing off livestock, agricultural products, and trade wares in the New World. Life was grim, and any excuse for a good time was welcome indeed.  The first American fair was held in York, Pennsylvania, in 1765, eleven years before our nation was founded. The York Fair spread out over the town’s commons, and folks considered those two days as “the liveliest days of the whole year.”

Fast forward about a hundred years. By now, many American states had some kind of exposition, from a few cows and horses on display to full-blown extravaganzas! The California State Fair is a good example of how a little exposition in 1854 to enhance the state’s reputation as the ideal place for farming and industry became one of the largest fairs around (Minnesota and Texas being the largest in attendance). 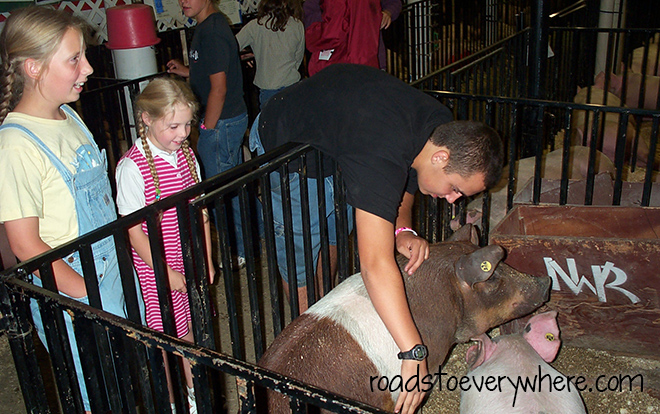 San Francisco hosted that first fair, but the next year, the fair organizers decided “fair’s fair” (no pun intended) and travel was hard. The fair went on the road for the next four years so more people could enjoy it. Sacramento, San Jose, Stockton, and Marysville hosted the fair to thousands of visitors (15,000 a day) until those in charge decided to permanently locate the fair in Sacramento.

So, what did our great-grandparents enjoy about the fair? For one thing, the state fair was the #1 entertainment of the whole year. It’s hard to imagine nowadays, but there weren’t a lot of diversions in the 1800s. Work, work, work, and boredom in between. The highlight of the work week was riding into town to attend church (if you were a God-fearing individual) or spending your pay at the saloon (if you were the wild type). Looking forward to the yearly fair added a sense of excitement and anticipation that could carry your family through the long, back-breaking days of mundane work.

Folks liked to eye the produce at the fair, like a 3-foot-long, 10-pound carrot, a 72-pound beet, or 2-inch-long peanuts. The farmers shook their heads at the “new-fangled” inventions on display, like a post-hole digger or a new well driller. The men hung around exhibits of pumps, plows, and gopher traps, while the ladies oohed and ahhed over a demonstration of “The Light Running Domestic Sewing Machine.” 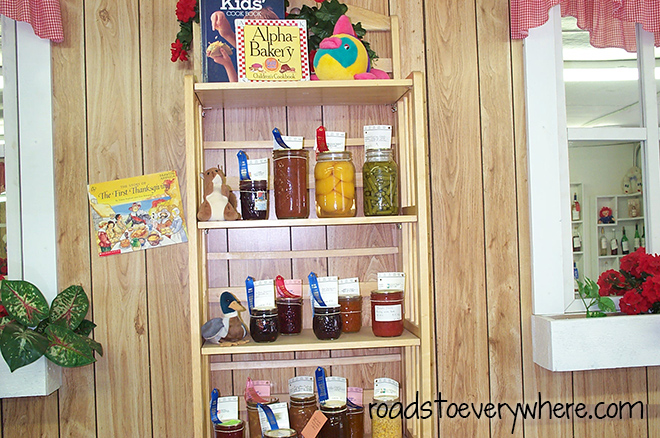 The ladies also enjoyed watching the judging of everything from butter to biscuits and from stockings to sweaters. Most hoped to win a ribbon. The best “six jars” of jelly won a blue ribbon and a premium of $5.00; the best needlework, $3.00. For the men, the best two-year-old bull won $50. Even a chicken was worth entering in the fair. The best chicken won a $5.00 premium. Children got into the act as well, entering their best pin cushions, embroidered hankies, and patchwork quilts. 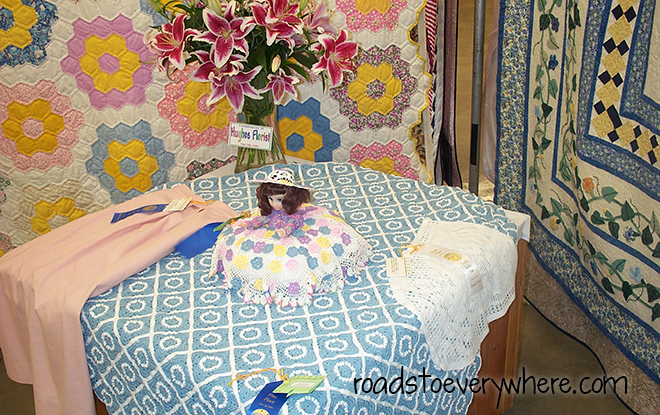 And those races! What would a California state fair be without a horse race—especially one worth a purse of $5,000 in 1874, with a brand-new grandstand up and ready to seat 7,000 people?

Instead of rides, the 1880s fair midway offered attractions no 21st century fair-goer is likely to see: the thrill show (i.e. sideshow). Besides the usual sword-swallower, fire-eater, and the strong man lifting a pony, there were also the ever-popular freaks of nature, like a (live) two-headed calf, human deformities, and bizarre animals no one in America could imagine. One year, near the turn of the 20th century, the California State Fair even staged a train wreck of two locomotives crashing head-on into a jumble of twisted, steaming steel! I’m sure that would be considered a real “thrill” back then.

An interesting aspect of one world’s fair was the practice of giving away prizes. On “Exhibitor Day” at the Alaska-Yukon-Pacific Exposition in Seattle in 1909, exhibitors gave away items in a raffle-like contest. Fair-goers’ ticket numbers were drawn at random. If you carried that ticket, you won a prize. A pony was given away, as were other prizes from exhibitors. The most unusual was the prize given away by the children’s home. A month-old baby boy name Ernest was offered. Although the winning ticket was drawn, nobody claimed this human “prize.”

We’ve come a long way since then. Now, it’s rides and games and rock bands and rodeos. But one thing has remained the same: fair food. Is there anything like it in the whole world?

, Book 3 of Susan’s Circle C Beginnings series for young readers, is a peek into the 1874 California State Fair through the eyes of six-year-old Andi. If she can’t take her new foal to the fair, she doesn’t even want to go. After all, what fun is a fair if Taffy can’t win a blue ribbon? But the fair turns out to be so exciting that Andi is glad she came . . . until her big brother tells her she can’t keep the prize she won fair and square!

Susan offers free activity pages to download and print that go along with this sweet book.