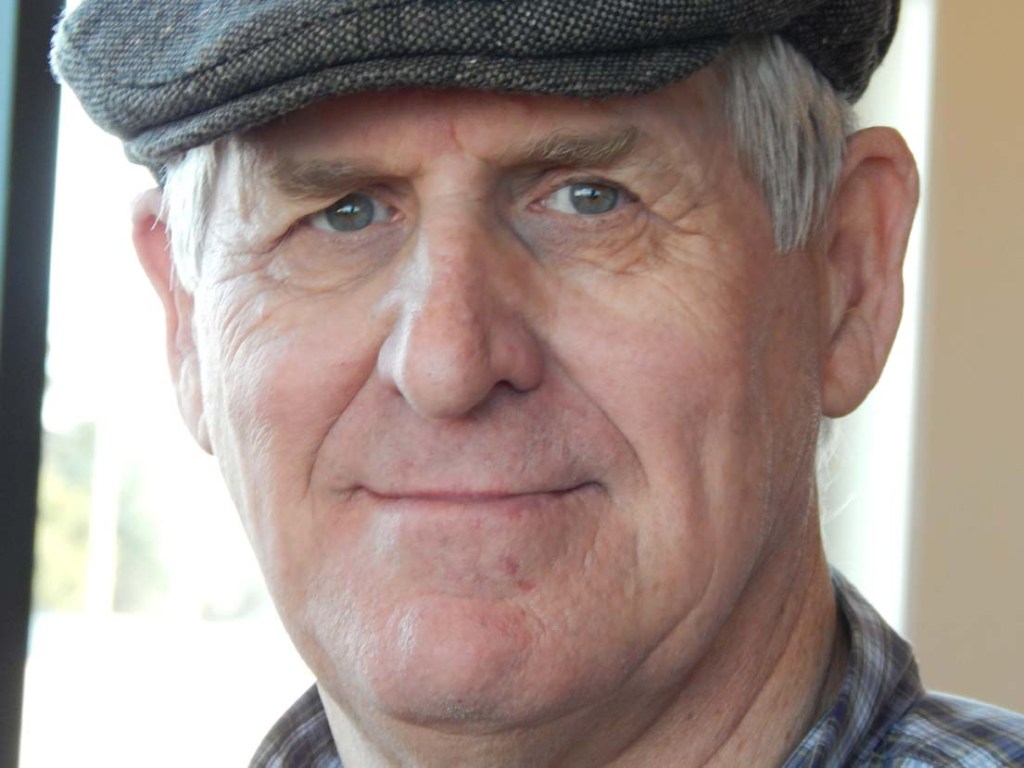 My guest today is my dad, whose birthday happens to be today. He told me this morning when I called him that he figured this was his 55th birthday. Later in the conversation he allowed that he was “past 59.” Since I recently told you that I just turned 51, you can know that he’s a good bit “past 59.” And no, he’s not getting senile. He’s just being silly.

Dad is a bi-vocational pastor and schoolbus driver, and at age 74 he is still going strong with both jobs. (Whoops! Did I just tell you how old he actually is? Well, don’t tell him I told you!) In honor of his birthday, I wanted to share an article he wrote for our family newsletter a number of years ago.

Thanks, Dad, for writing my blog post for me today… even though you didn’t know it! Happy birthday! I love you!

A few days ago I noticed a sign painter working on a billboard for a local church. All I could see when I would drive by as I went from school to school with my work, was a big blob of paint of different colors that he was putting on the very large sign. Every time I went by, the sign changed until I could see that he was painting some camels. That’s all he had when it started raining and he pulled off.

The next day I didn’t take note of it because I had a funeral and my mind was on the responsibility of sharing a message with a grieving family.

When I arrived the following day, the sign was completed. It turned out to be just a plain sign with camels and now the wise men painted on. But what caught my attention were the words that the painter put on the sign. It said:

For the past few days I have been thinking about that statement and what it meant to me. Two nights ago I stepped out on the porch to get wood for the fire. The night was black, but the night sky was lit up like a Christmas tree. I took a minute to find the north star. Sure enough, there it was, like it has always been.

As I stood on the porch shivering, looking at the stars, I thought about the sign and thought to my self, “Yes! Wise people still seek Him.”

The wise men had been traveling for months trying to find the Christ Child. They finally arrived, worshiped Him and gave Him their gifts.

Following His star, one can’t go wrong, so keep following no matter where he leads.