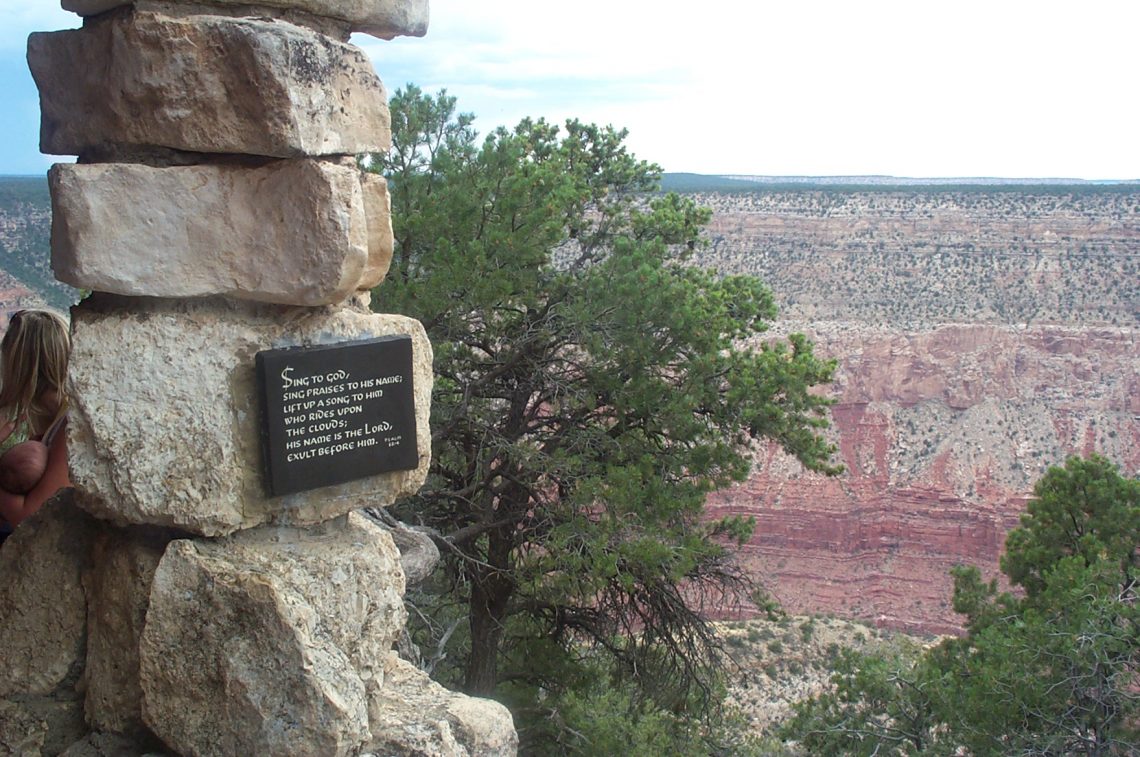 We spent the first day of our trip traveling. We enjoyed southern Utah on the second day. Day 3 was our day to see the Grand Canyon. Lyle had planned our trip to allow for plenty of time there. Our first stop inside the park was at an overlook that had a watchtower we could climb for great views of the Canyon. I was impressed to find plaques with verses of scripture (psalms of praise to the Creator) at various places… With it being a National Park I’m surprised they don’t consider it a violation of “separation of church and state” or something stupid like that. 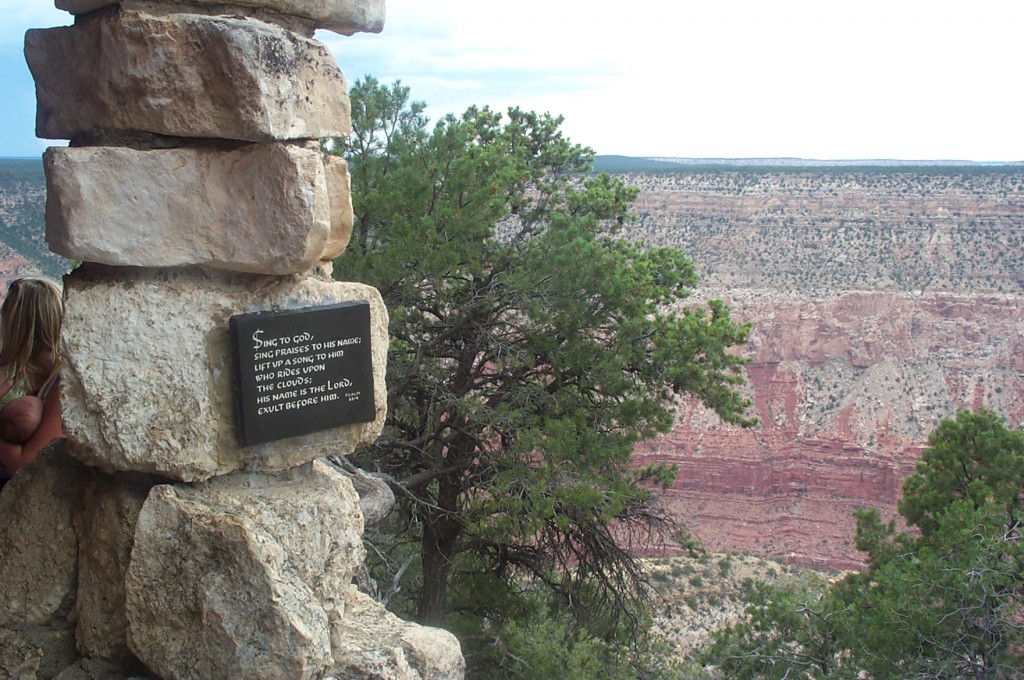 The next stop was at some Indian ruins, showing where the natives had lived 800 years ago. All that remained were piles of rocks showing where the walls had once been. It’s hard to imagine how the human race has survived on the face of the earth for centuries before the modern conveniences we enjoy today. 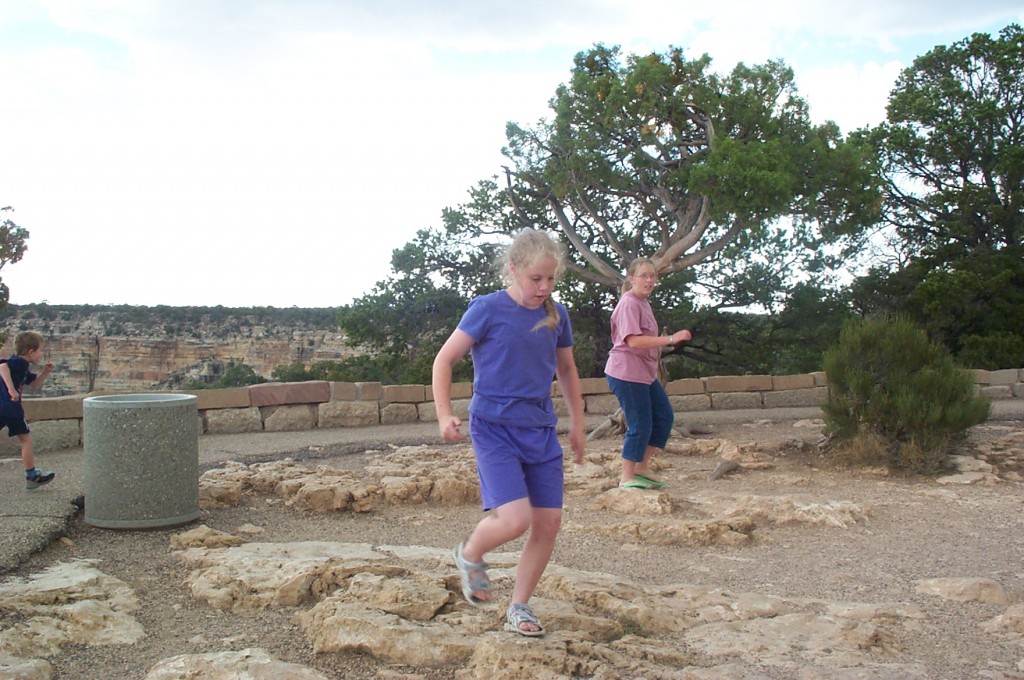 From there we drove on to the Grand Canyon Village. We parked and took the shuttle bus to the Visitor’s Center, then back through the village to transfer to another bus that went along the rim of the Canyon to “Hermit’s Rest”. The bus driver on our way back told us about a mama mountain lion that had been seen in the area with 3 cubs. Apparently they were crossing the road in front of one of the buses one day and one of the babies just sat down in the middle of the road. The mama growled and fussed at it from the side and it wouldn’t budge, so she finally had to go pick it up by the scruff of the neck and carry it off. I would like to have seen that. Sounds like some kids I know.

When we got back to the village we went to the post office for stamps and to the general store for ice cream and drinks. Then we hiked a half mile out to the rim one more time before we left the park. I would love to go back when we have more time to stay! 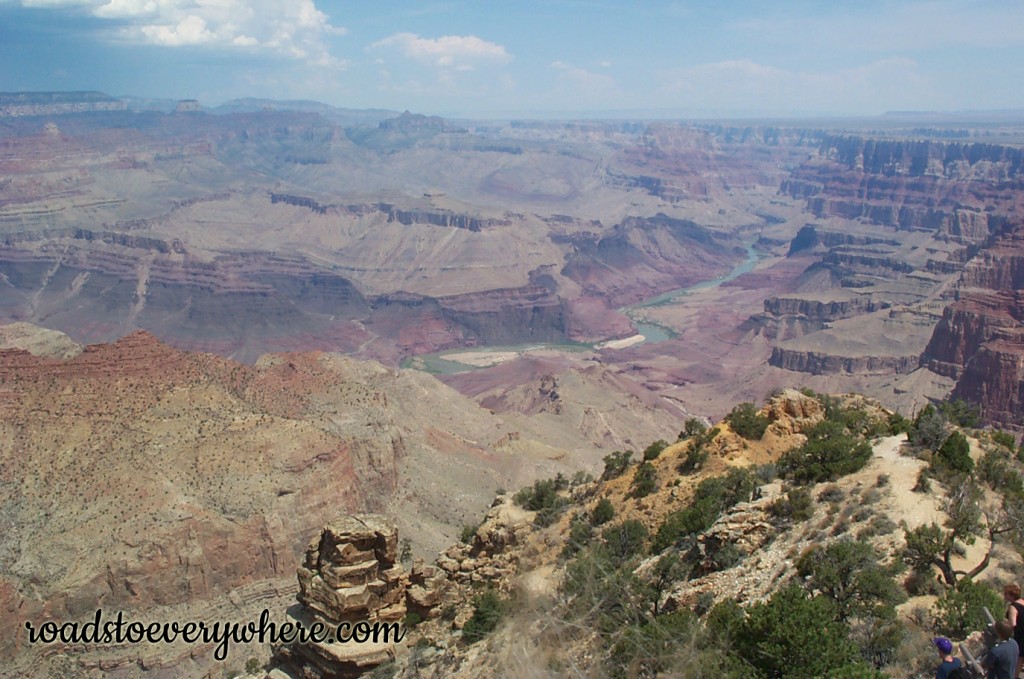