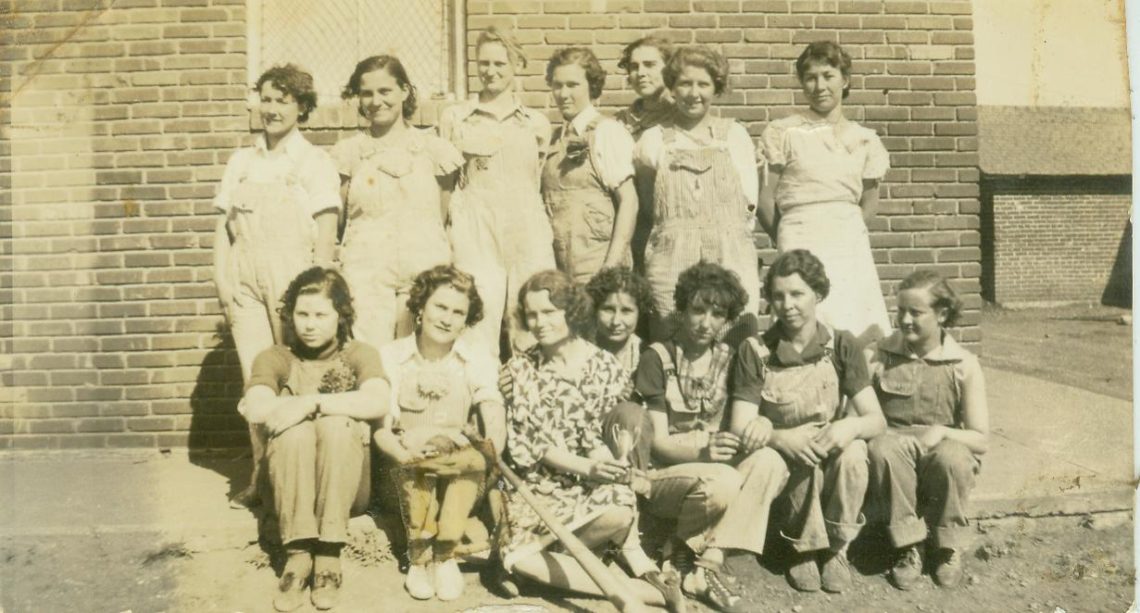 My Grandmother graduated from high school in the middle of the Great Depression. She and Granddaddy both attended the same small country school in southwest Oklahoma, though he graduated two years before she did.

During her teen years she kept a scrapbook and a diary, both of which I am privileged to have. She had given me her scrapbook several years before she died and the first time I looked through it I came across a couple of newspaper clippings about the 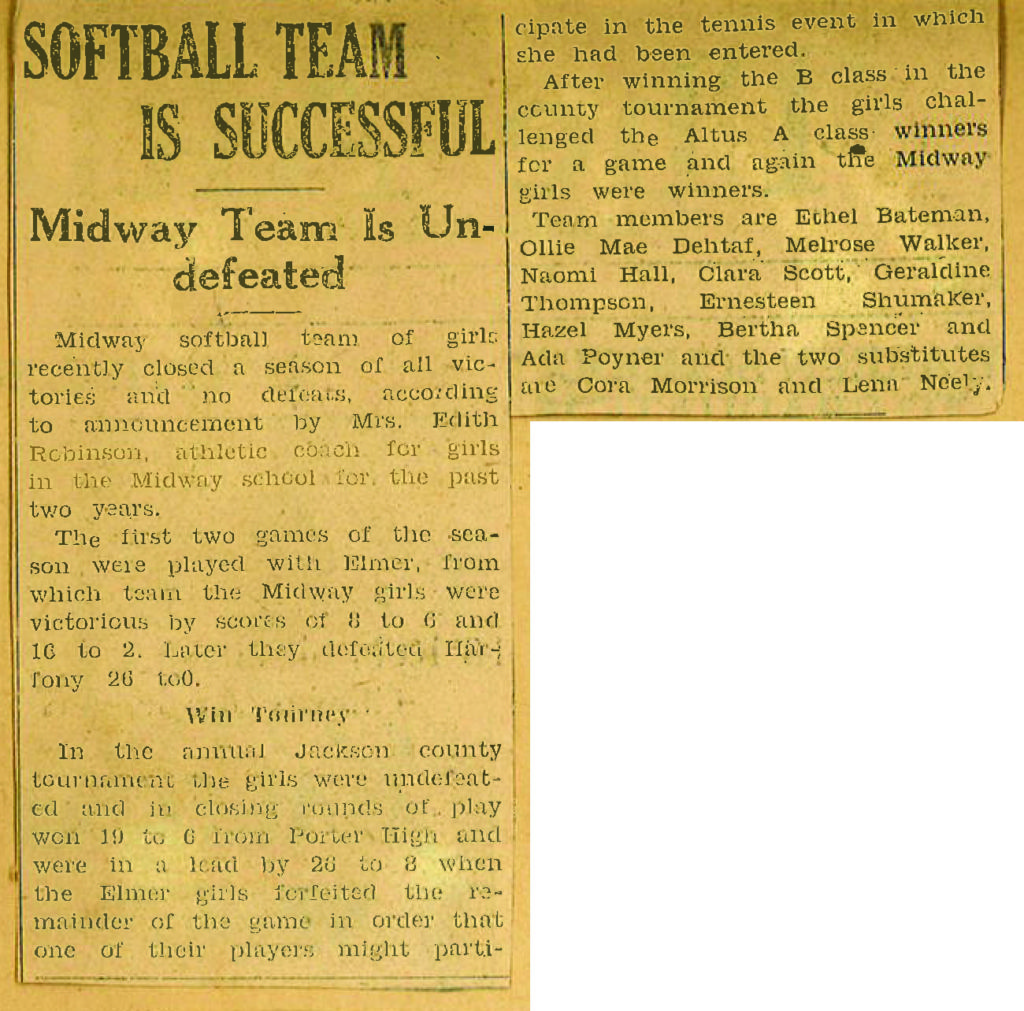 By “senior girls” they apparently meant juniors and seniors because there were only four students in Grandmother’s senior class and one of them was a boy. I almost wonder if every junior and senior girl in the school was on the team. They probably were.

I could hardly imagine my sweet, ladylike Grandmother as a softball player, but sure enough there was her name, Ernesteen Shumaker. The next chance I had I asked her about it. 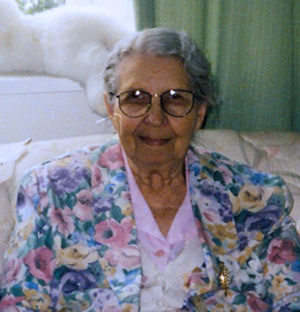 “Why, yes, I played ball in school,” she admitted. “I wasn’t very good at throwing, but I could pitch.” (In later years my uncle told me she was actually their star pitcher.)

Knowing this was during the Dust Bowl days, and these were poor farm kids, the other question I just had to ask was, “What in the world did you wear for uniforms?”

The answer to that was, “Boys’ striped overalls! My mother about had a fit, sending her ‘little girl’ off to play ball in overalls!” 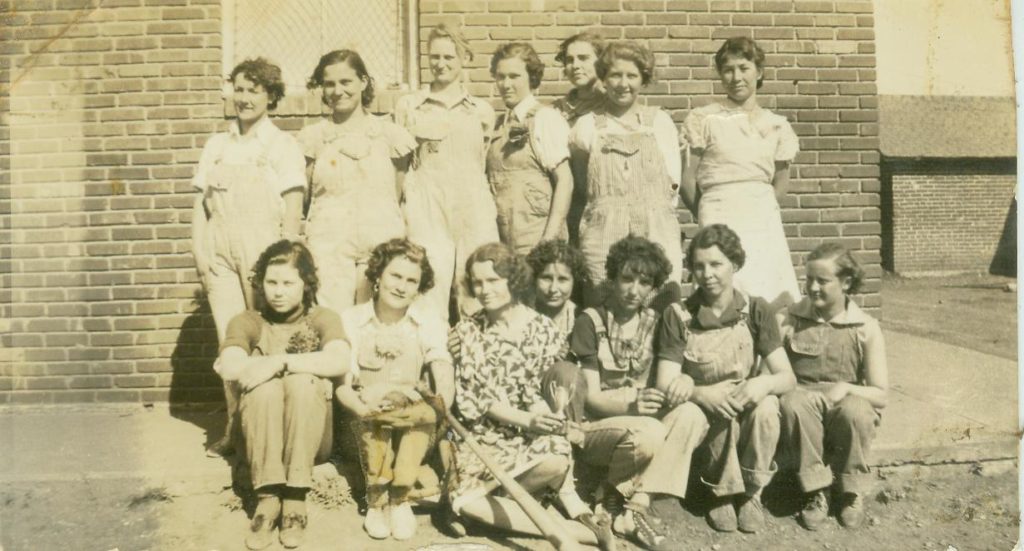 Grandmother is second from the right in the front row. Could she possibly be any cuter in her “boys’ striped overalls” with a girls’ blouse?

I can’t tell you who the other girls were or whose grandmothers they grew up to be. Do you know?