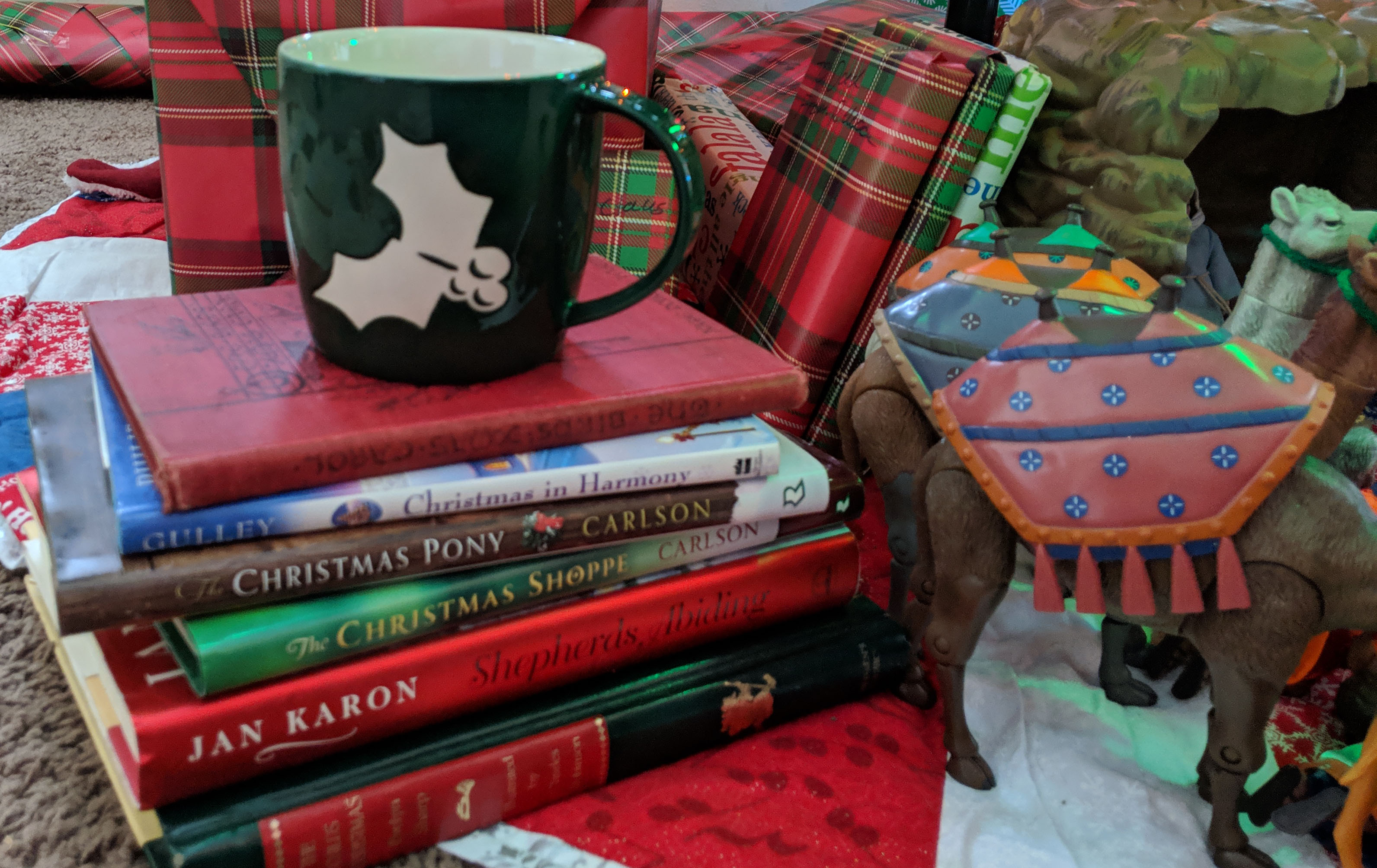 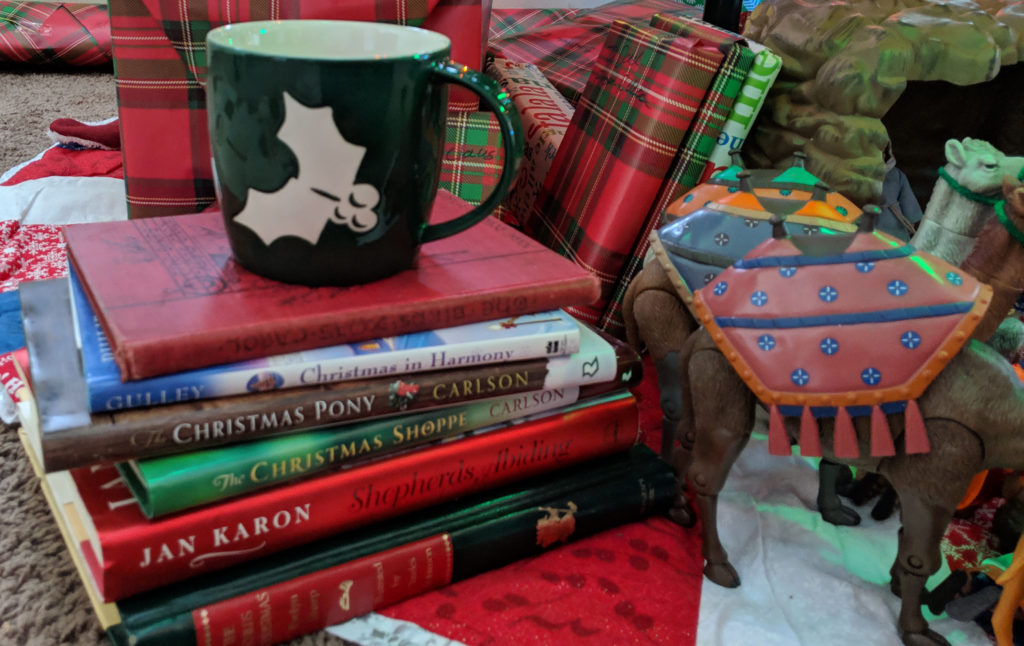 Several of the Christmas books I’ve read this month have been as hokey and predictable as a Hallmark movie, but that’s okay.

I’ve also been inspired, encouraged… and educated, I guess you’d call it.

For example, I learned about a very old carol that I don’t remember hearing of before: “Coventry Carol.” Do you know it?

From The Christmas Quilt

“We were just debating… which Christmas carol is the most depressing,” said Sarah. “Matt says ‘I’ll Be Home for Christmas’ because it’s about longing for home rather than actually being there, but I think ‘Have Yourself a Merry Little Christmas’ is more melancholy. What do you think?”

“What an odd way to pass the time.” Sylvia didn’t believe her for a moment, but she decided to play along. “My vote goes to the ‘Coventry Carol.'”

“Which one is that?”

“It’s a traditional piece.” Sylvia hummed a few measures. “It’s about King Herod’s slaughter of the innocents in his attempt to kill the Christ Child.”

I don’t recall ever seeing that one in any of our songbooks, so I found it on YouTube.

Since it’s so obscure these days I was surprised to come across it again in the next book I read, which was set in Dickens’ time:

From 12 Days at Bleakly Manor

A lovely rendition of “Coventry Carol” held Clara in place like a sweet embrace, drawing her and the others toward it…

The open door allowed in not only the chorus of five carolers, but a wicked icy draft as well. Cold air coiled beneath her skirt hem and skimmed up her legs. Fighting a shiver–for surely Ben would force her to return to the sitting room if he suspected she were chilled–she focused instead on the chorus.

Harmony heightened and dipped in perfect rhythm as the five singers crooned, all bright eyed and merry despite the minor key of their tune. The women, two of them, wore matching cloaks of deep green, and the men contrasted in caramel-coloured overcoats. Smart bonnets and top hats tipped back as they lifted their faces for a crescendo.

Clara’s spirit couldn’t help but be lifted along with the swell. Giving in to the magic of the moment, she thanked God for small gifts such as this…

But then a tremble crept down her spine as she remembered exactly what day it was and why the carolers had chosen this song above all others. December 28. Childermas. The day commemorating the massacre of innocents in the attempt to kill the infant Jesus.

The lovely spell shattered into shards of despair.

I did know that the “12 Days of Christmas” actually start on Christmas Day and lead up to Epiphany on January 6. What I didn’t know, being American Protestant, is that there is a Catholic feast day associated with each of the 12 days, and that Childermas, or the Feast of the Holy Innocents is, indeed, on December 28.

Then Herod, when he saw that he was deceived by the wise men, was exceedingly angry; and he sent forth and put to death all the male children who were in Bethlehem and in all its districts, from two years old and under, according to the time which he had determined from the wise men. Then was fulfilled what was spoken by Jeremiah the prophet, saying:

“A voice was heard in Ramah,
Lamentation, weeping, and great mourning,
Rachel weepingforher children,
Refusing to be comforted,
Because they are no more.”

“Coventry Carol” is a very mournful song, at that. I can understand why it’s not piped into all the stores or played on the radio much. At first I wondered why anyone would want to celebrate such a sad day, but then I decided that it was a good reminder that Jesus’ coming was not without suffering and heartbreak.