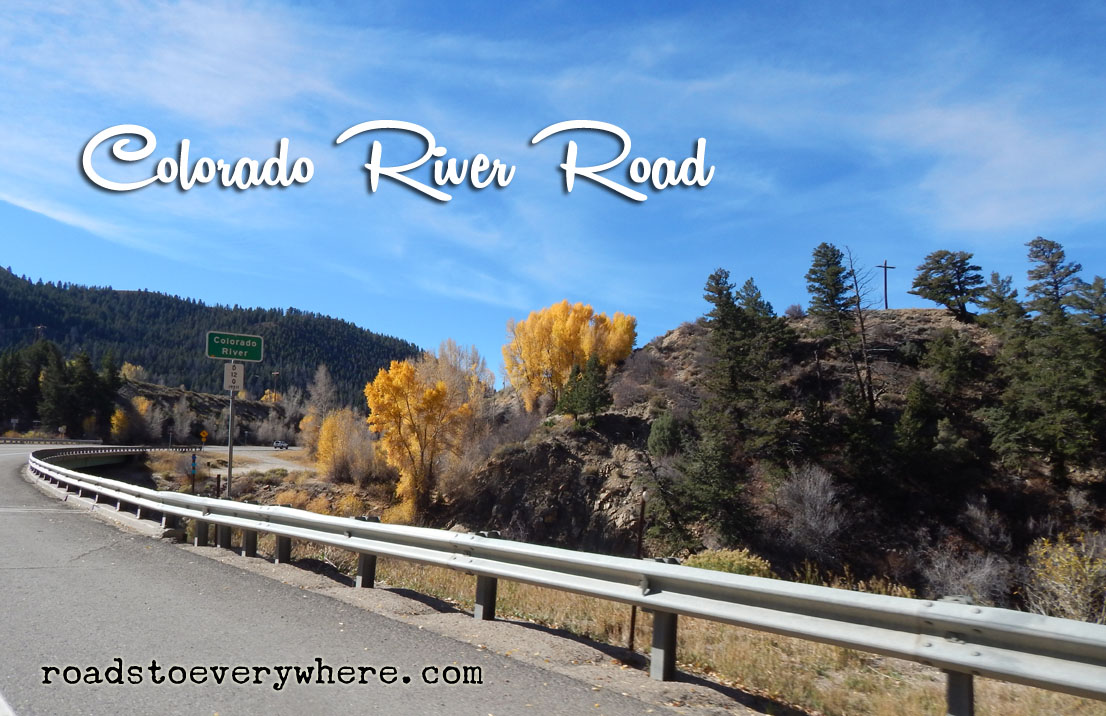 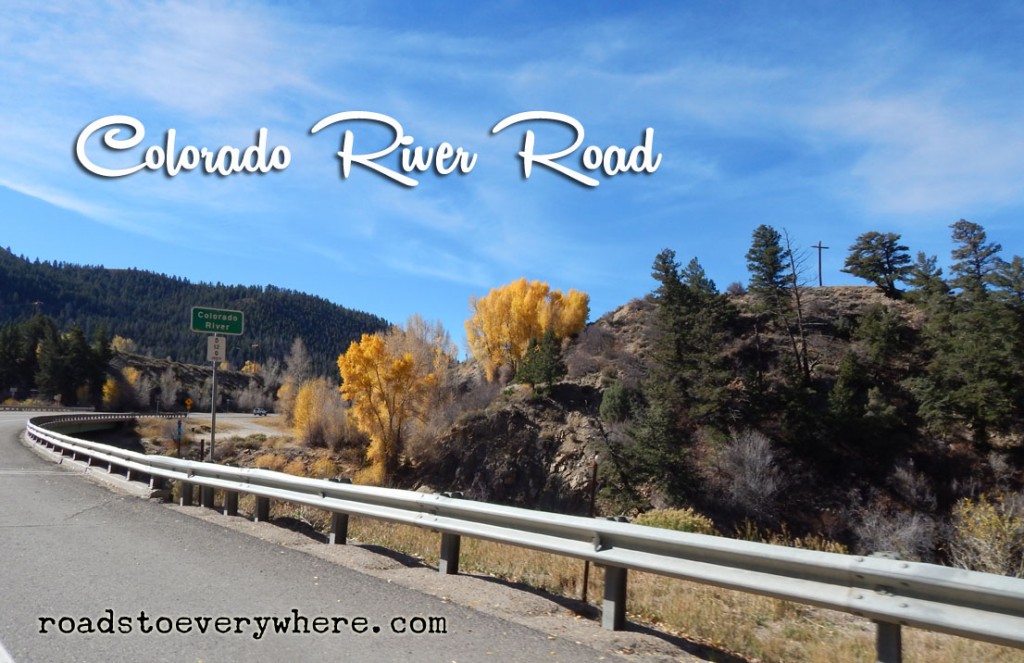 This past Saturday we took a day trip to the mountains to enjoy the fall colors. Lyle planned out a route that took us to the headwaters of the Colorado River. It was around 400 miles so it took us most of the day. Here’s the route we followed: 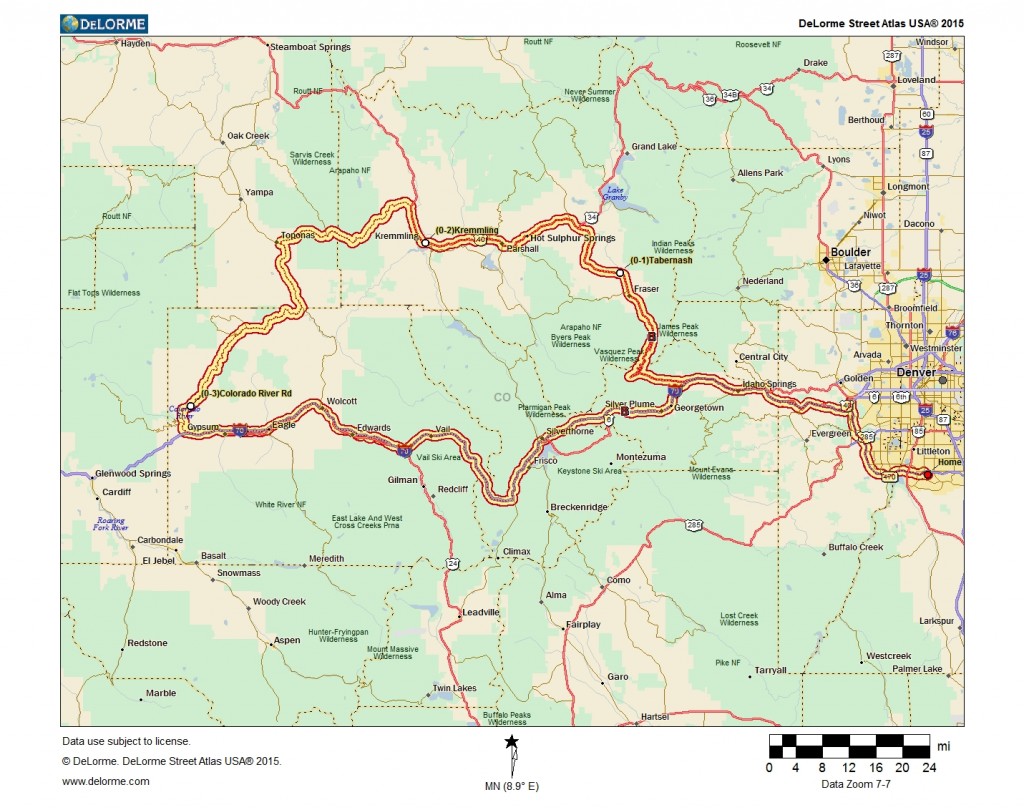 It was a beautiful day for a drive. Many of the aspen trees had already lost their leaves, but there were still enough left that the fall colors were spectacular. We enjoyed following the river (and the railroad) for many miles. We even saw an Amtrak train go by. 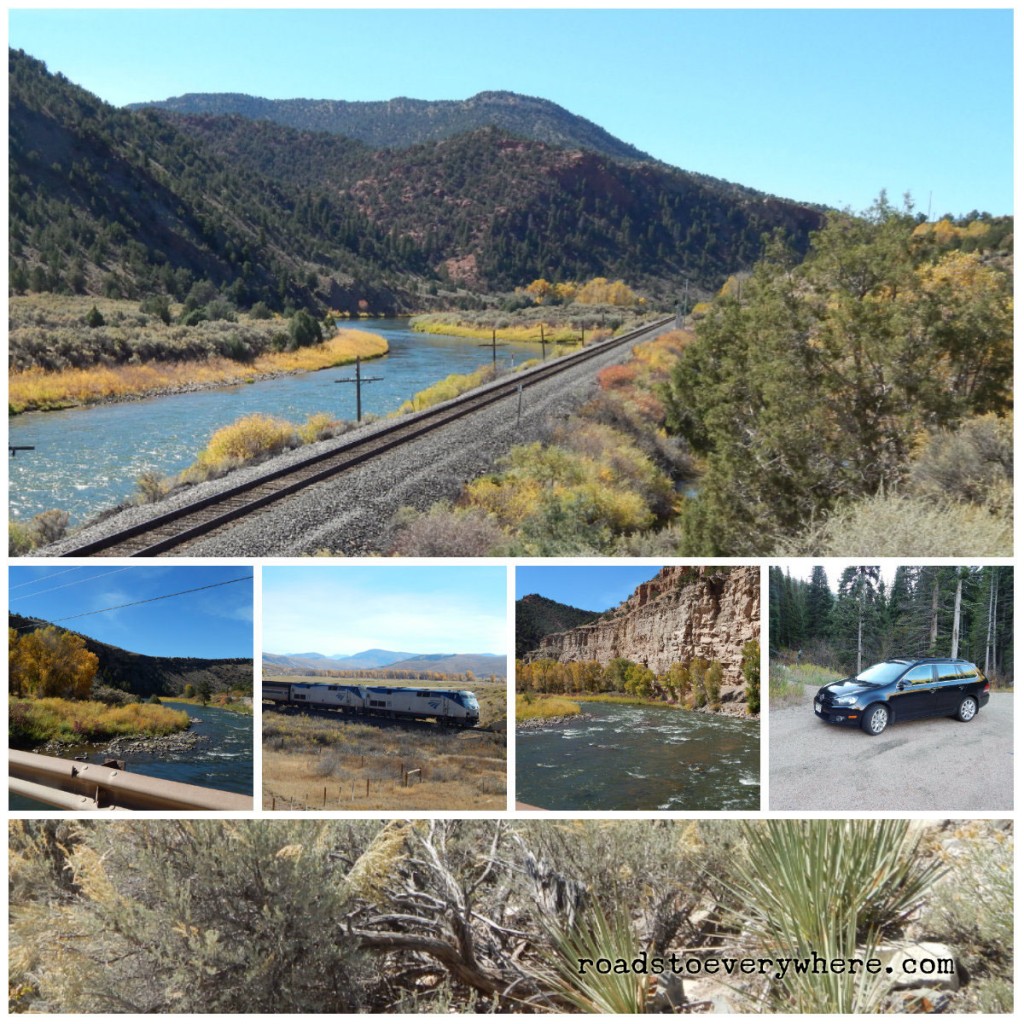 Rebecca and Cookie went with us. The highlight of Rebecca’s day was when we came upon three cowboys herding a few cattle down the road. She noticed that they weren’t wearing cowboy hats, but she decided they were real cowboys, because, duh, horses. And cows. 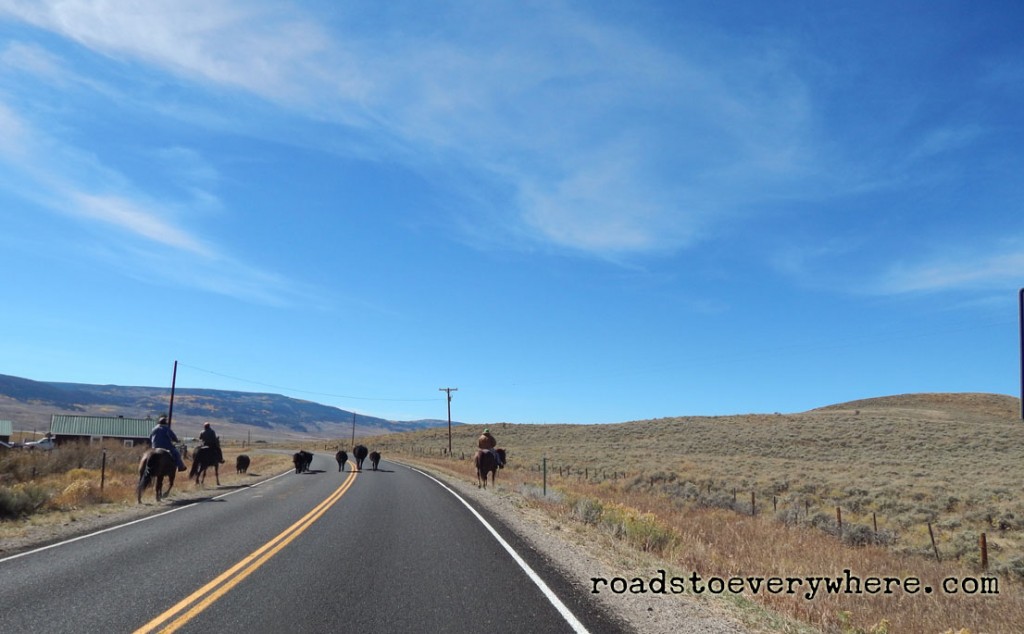 Part of our drive was on a dirt road. I enjoyed that part best. We passed an old homestead with a couple of falling-down log cabins and a log corral. Lyle stopped so I could take some pictures. 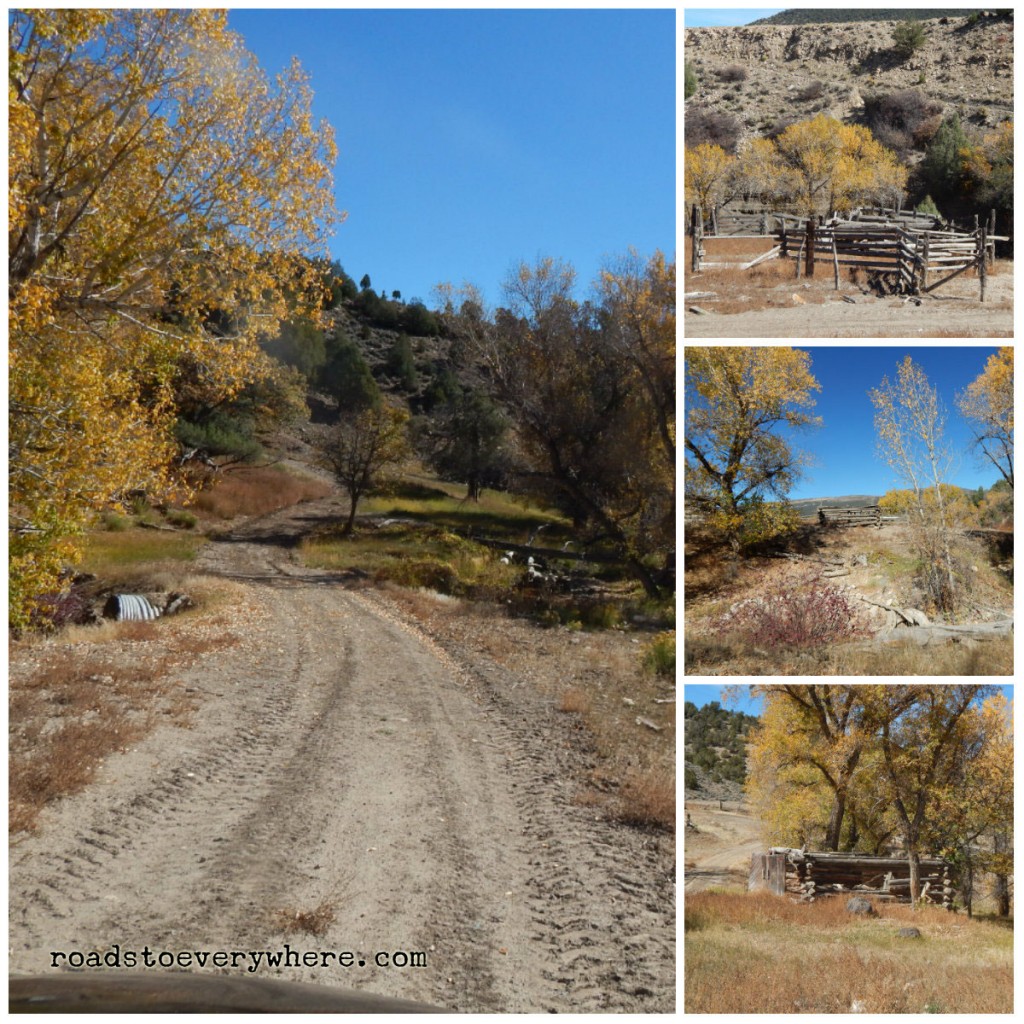 It was such an interesting place that I really wanted to explore it further. It was fenced off so we assumed it was private property. But… the gate was open and there were not any “No Trespassing” signs, so we decided that a little gentle visit would probably be okay. See the road leading up the ridge in the upper left picture below? That picture was taken from the main road. The picture next to it is the “ridge road” taken from the top. 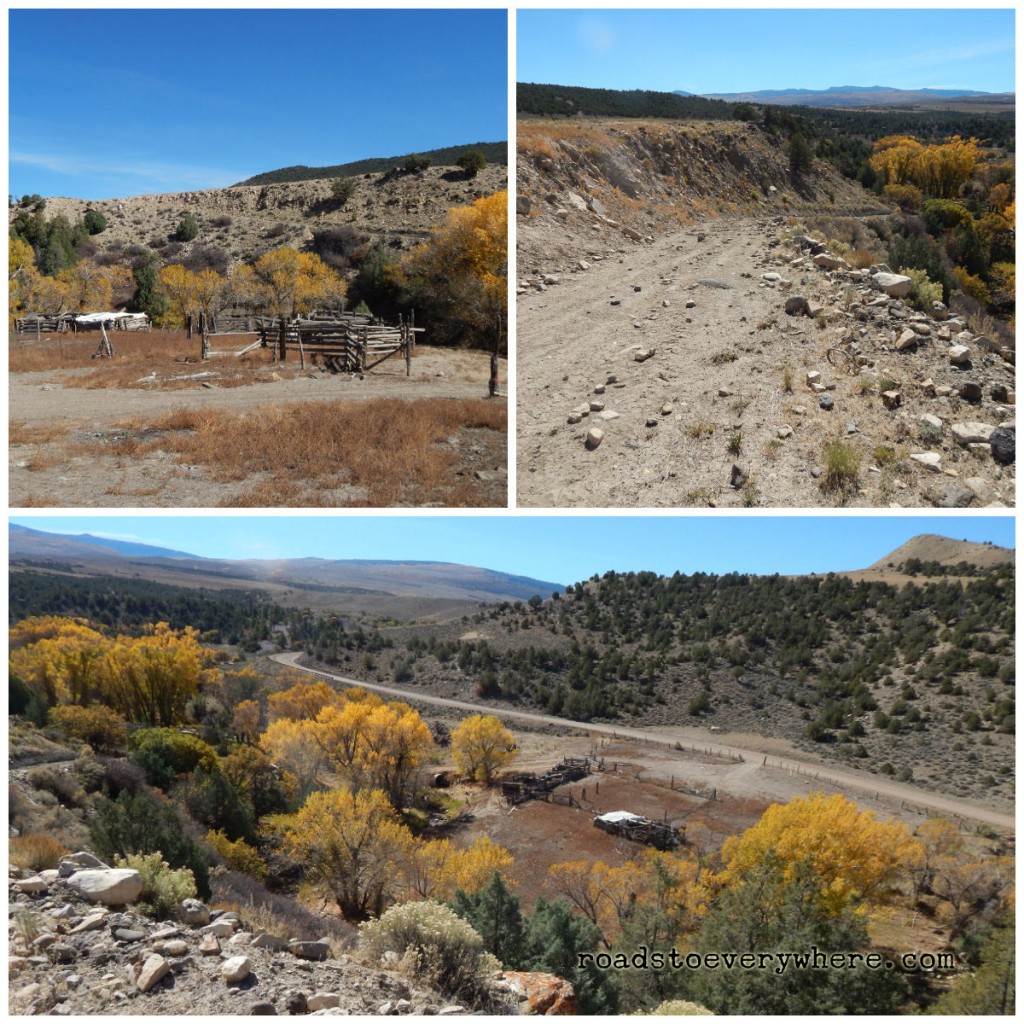 The bottom picture shows the view from the top of the ridge. You can see the gate where we went in from the main road.

My favorite sight of the day was a telephone booth a little further along that same dirt road. With a phone. And a phone book. Apparently because there is no cell service. 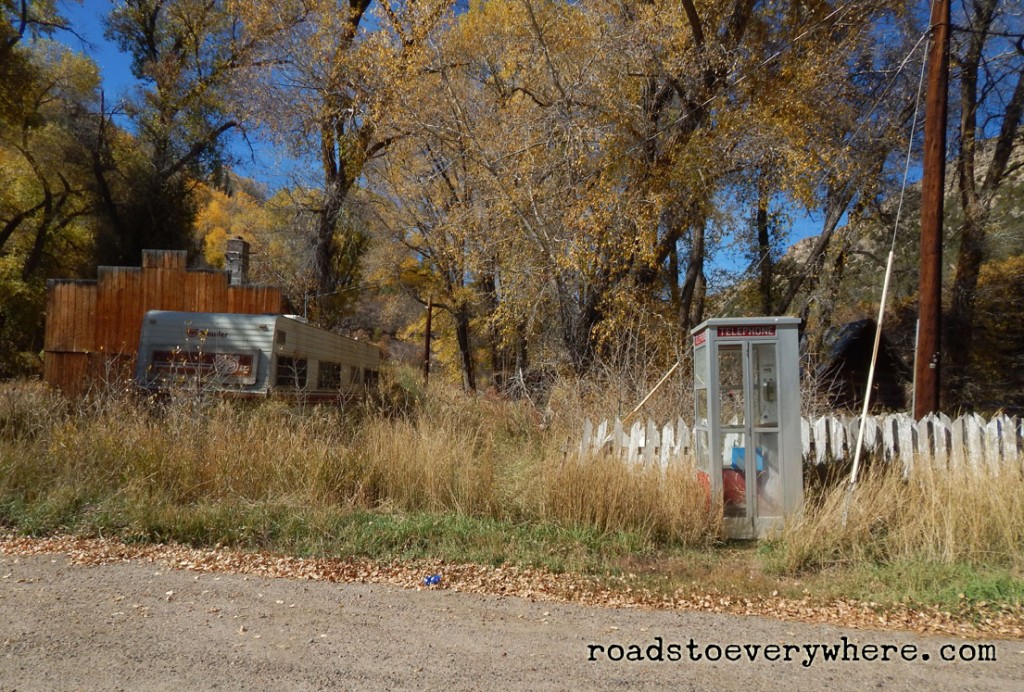 There was also a group of rustic buildings in this area. One appeared to be an open-air laundromat. The doors and windows were missing, but we saw washers and dryers inside. Maybe it was some kind of hunting camp. There was also a 55-gallon drum labeled: “Deer and elk hides only. No garbage.”

It was a fun day. We do love the mountains!