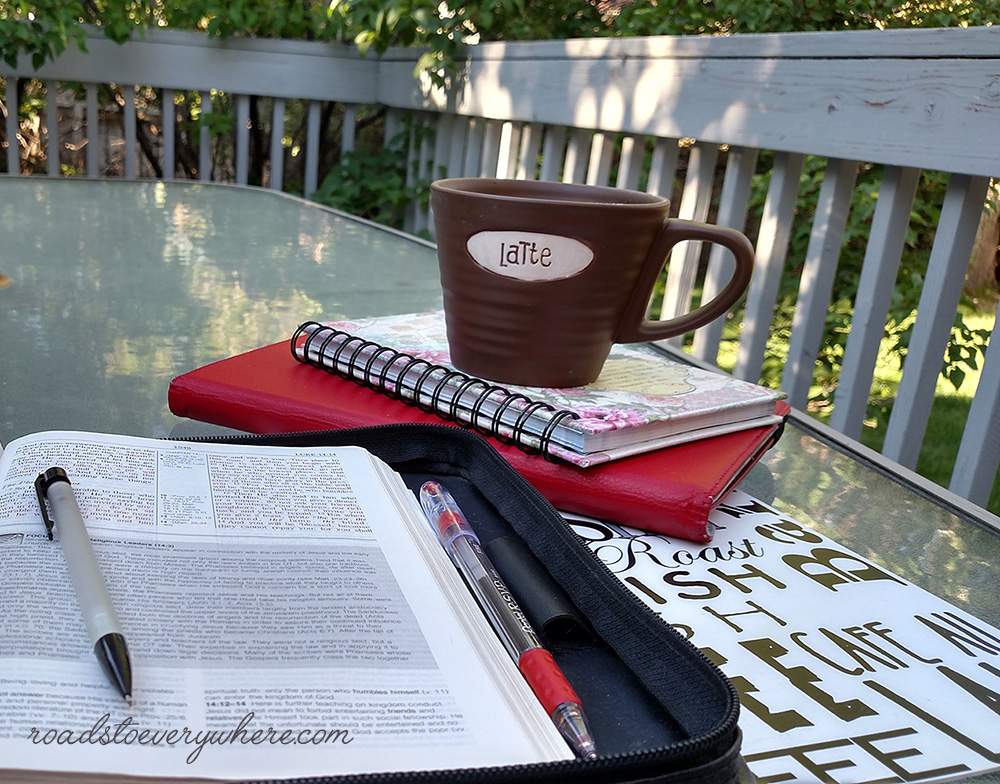 About a year ago Lyle bought me a t-shirt that says:

He said I needed it.

You see I have a very active worry gene that sometimes keeps me awake nights. You didn’t know worrying is genetic? Apparently it is because one of my parents is a worrier and his mother before him was a worrier. Honestly, we try not to worry. We say we are not going to worry. But then we do. I don’t know why that is.

Last spring I was going through an extremely devastating mental battle which led to many sleepless nights. I guess that’s why Lyle thought I needed the shirt. Finally, a year later I’m beginning to come out of it and sleeping better most nights, but I still find myself falling into that habit on occasion.

Yesterday I was trying to help a friend move her photos from her cell phone to her computer. I was walking her through the process over the phone because we don’t live near one another. Various things we tried didn’t work, so finally I suggested she upload them to the cloud. That worked to start with. But then it didn’t. So we were troubleshooting again. It was getting late and both of us were getting frustrated with the process, so I said, “Okay. How ’bout this? Just put the phone down and go to bed. Maybe the pictures just got hung up some way and will finish uploading during the night.” I have had that happen before and was pretty sure that was the most likely scenario.

During the night I woke up and started worrying: “Okay. If that doesn’t work, what should we try next?”

How stupid is that?

Because you know what? I had a text just as soon as I got up this morning: “You were right. The pictures were there this morning.”

And all that worry in the night? Completely wasted mental effort. You’d think I would learn.

Right in the Sermon on the Mount Jesus says as plain as anything that it’s useless to worry:

“Your heavenly Father knows that you need all these things. But seek first the kingdom of God and His righteousness, and all these things shall be added to you. Therefore do not worry about tomorrow, for tomorrow will worry about its own things. Sufficient for the day is its own trouble.” –Matthew 6:32-33

And so… I’m going to continue working on praying more and worrying less.

Jesus didn’t say anything about coffee, so I guess that’s optional.

I believe I’ll have a cup anyway, since you offered. 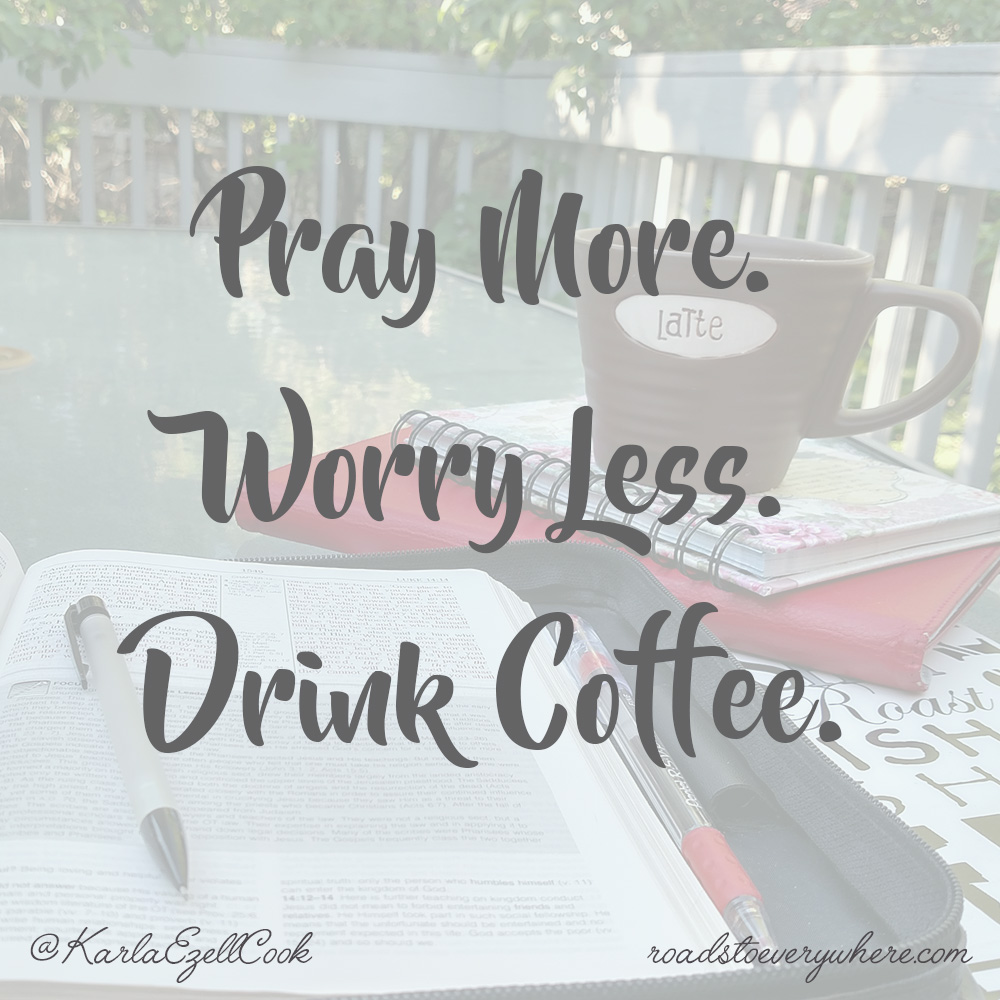