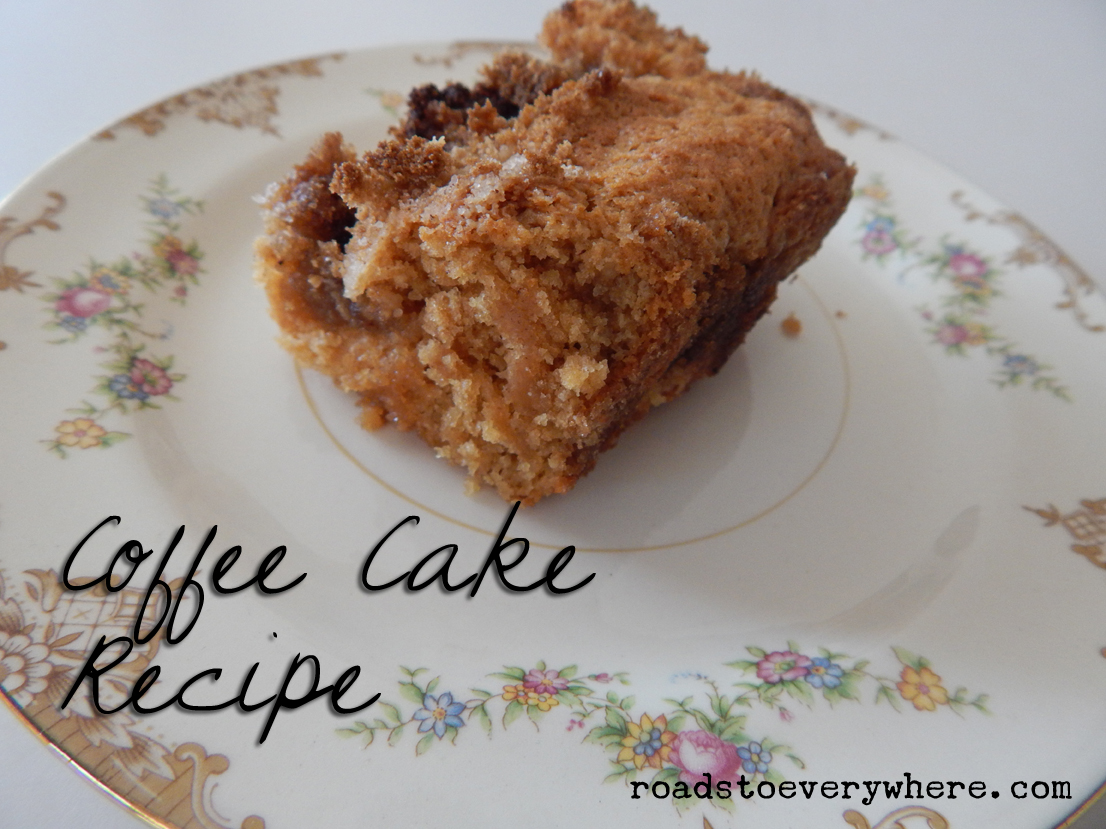 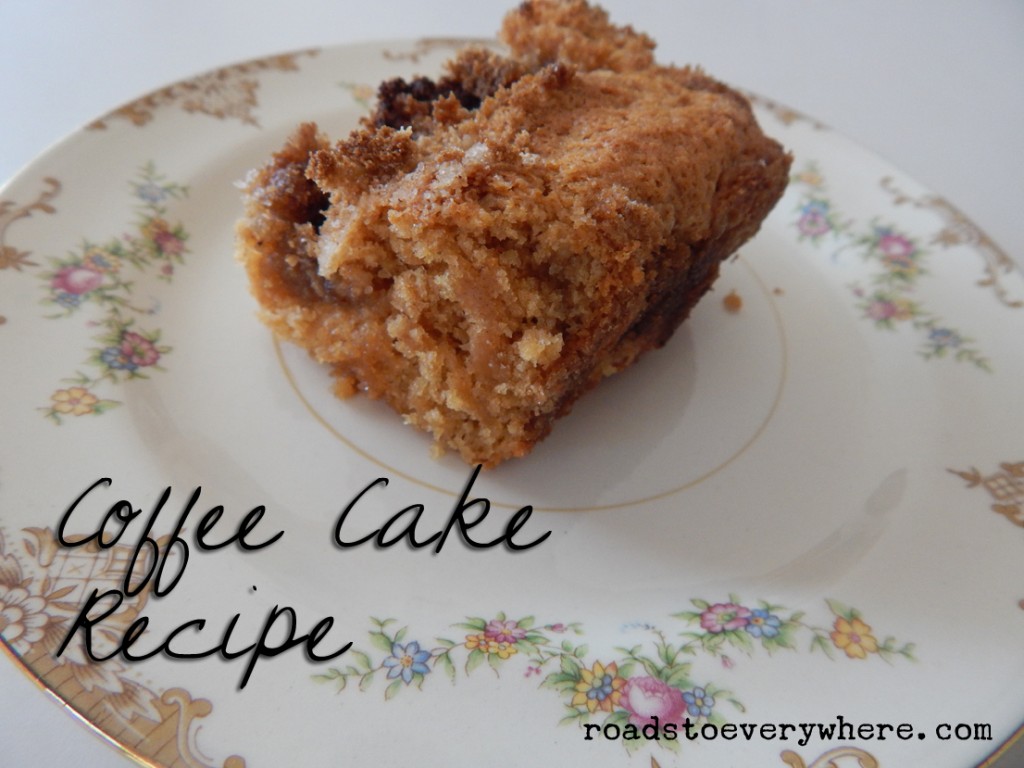 Today I’m sharing a recipe that I’ve been making almost my entire married life. It was in an Amish cookbook that my sister-in-law gave me the first Christmas I was married. That was in 1985.

This recipe is quick and easy and calls for just a few basic ingredients that I almost always have in my cupboard. It has been my go-to recipe when I am called upon to make a dessert for a funeral dinner or other church function… when I have unexpected company… or just when we are in the mood for something sweet but I don’t have much time to fuss with something fancy.

Here’s the original recipe, with my notes and tips below.

Bake at 350 degrees about a half hour until done. 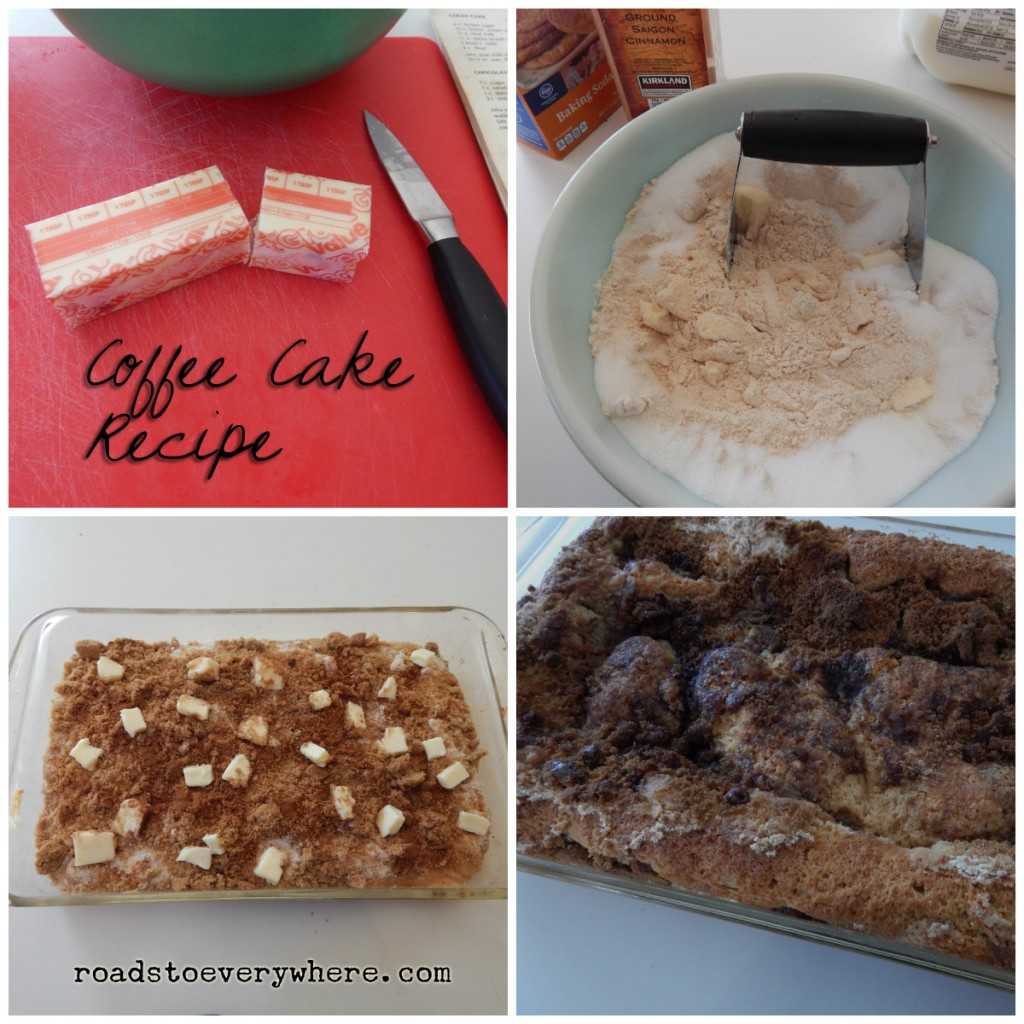 I use a full stick of butter for the recipe. I cut it on the 1/3 cup line and reserve the rest for the topping. Also, I made this recipe with margarine for years before we switched to real butter awhile back. If you are used to margarine that will work just fine. (I can’t stand the taste of margarine any more, and I don’t think it’s as healthy, but that’s beside the point.)

A pastry blender works great for “creaming” together the sugar, flour, and butter in the first step. It’s not what I think of as “creaming” as you will end up with a crumby mixture.

After the second step, the batter is still pretty thick so it’s really more a matter of “spreading” it into the pan rather than “pouring.” No need to grease the pan.

I layer the topping ingredients on. I’m not sure if that’s what the original recipe intended but that’s how I’ve always done it. First, the crumb mixture that you set aside in the first step, then the brown sugar, then cinnamon, and last the left-over piece of the butter stick cut up into little pieces.

This last time I made it (for the pictures) I discovered that I needed to make some adjustments for the high altitude where we live. If you don’t live at high altitude, you can follow the original recipe just fine. But for high altitude, I adjusted the measurements in the second step:

Serve with coffee… or not. It’s a great recipe either way.