I was blessed to grow up with both sets of grandparents. We were close to both sets, as well. It wasn’t until I was grown that I realized what a special privilege that was.

In honor of Grandparents Day I wanted to share some pictures of my grandparents over the years. Mother’s parents, Granddaddy and Grandmother Easley, lived in Arkansas. Dad’s parents, PawPaw and MawMaw Ezell, lived in Louisiana. We lived near one set or the other at various times throughout my childhood, but most of the time we didn’t live near either one. Still, we usually managed to see them at least once a year.

Here are a few special moments over the years. The moments deemed picture-worthy, I guess. 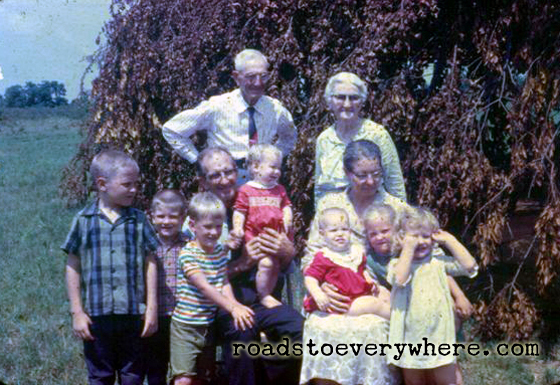 I do, however, remember PaPa and Granny Easley as they both lived to a very old age. I was almost 14 when PaPa Easley died not long before his 92nd birthday. Granny Easley lived to be 101 and died several years after I was married. 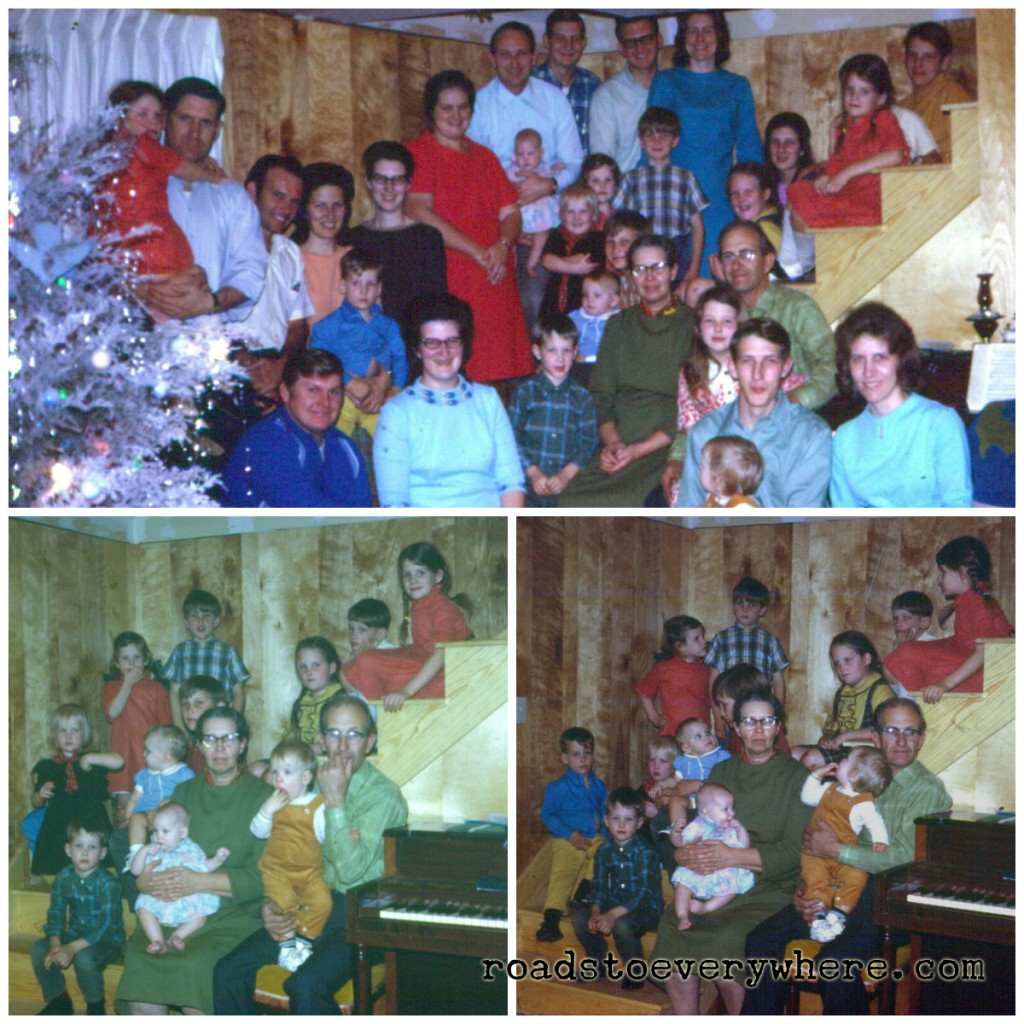 Christmas 1971. I was six. All ten of my Easley grandparents’ children (and their 13 grandchildren) were “home” for Christmas that year. Actually, several of the “children” were still in school and lived at home at that time, as the generations overlapped a little bit in age. 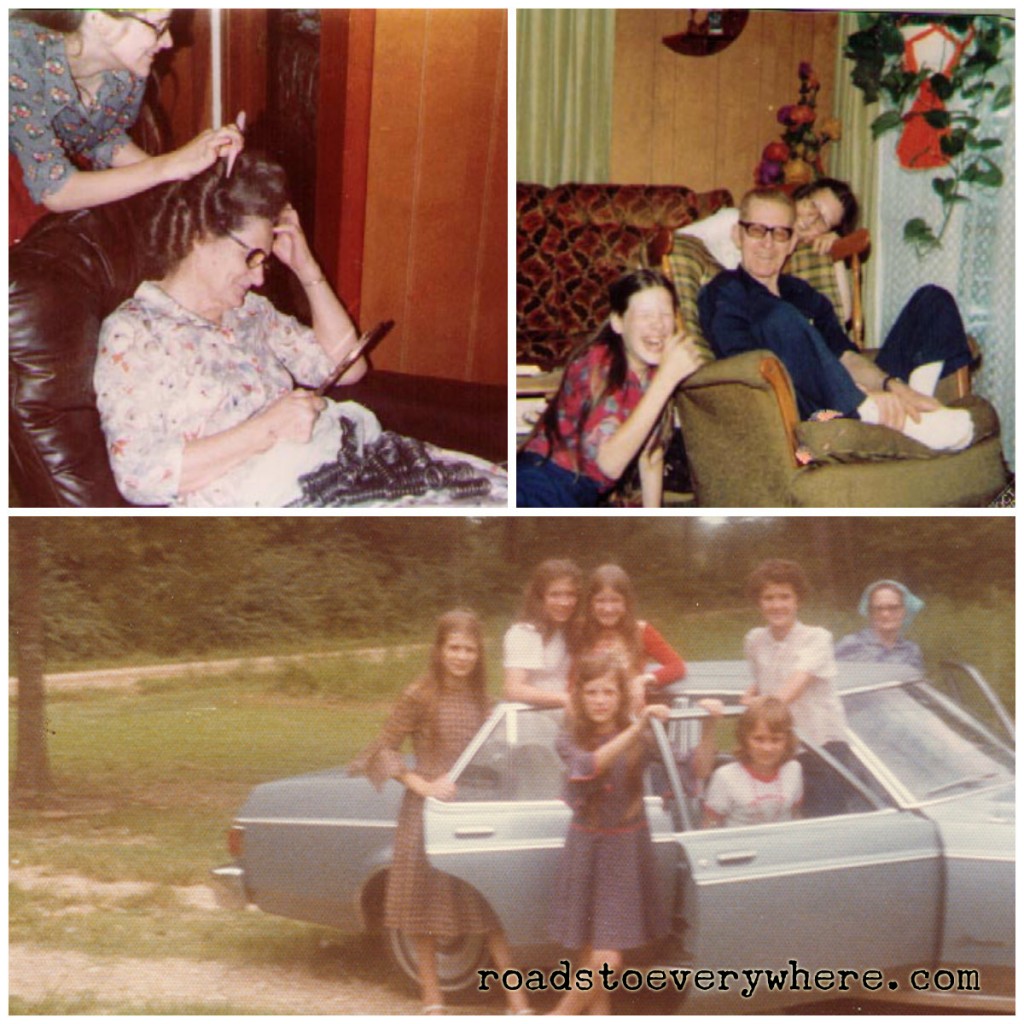 In the late 1970s we lived near my Ezell grandparents. One year MawMaw gave all the middle-school-age granddaughters nightgowns for Christmas. We decided that she needed to host a slumber party for us. And so, she did! She came to pick us up and we had a great time at her house. The other pictures in the collage show me fixing her hair… (not that I had a clue what I was doing, but she often asked for volunteers to fix her hair) …and PawPaw clowning around with my sisters. He was a great tease. 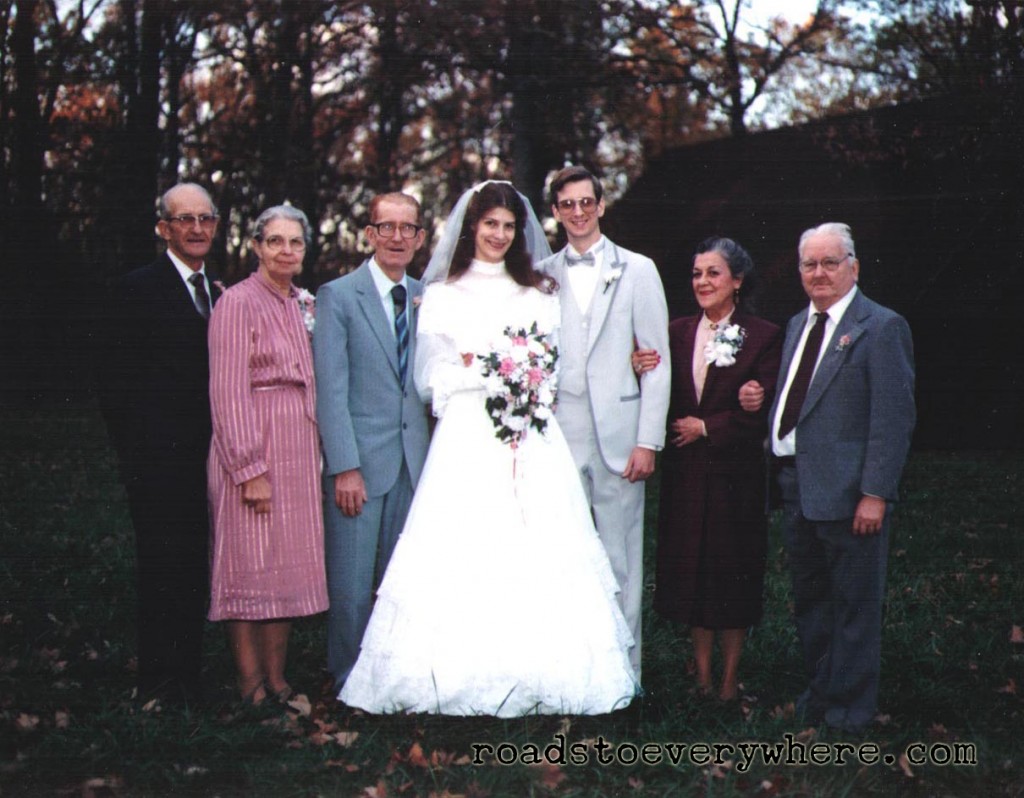 Fast forward to my wedding day in 1985. Granddaddy, Grandmother, and PawPaw were there to celebrate with us, along with Lyle’s grandfather and step-grandmother. MawMaw didn’t make it because she was attending the birth of another granddaughter that week. 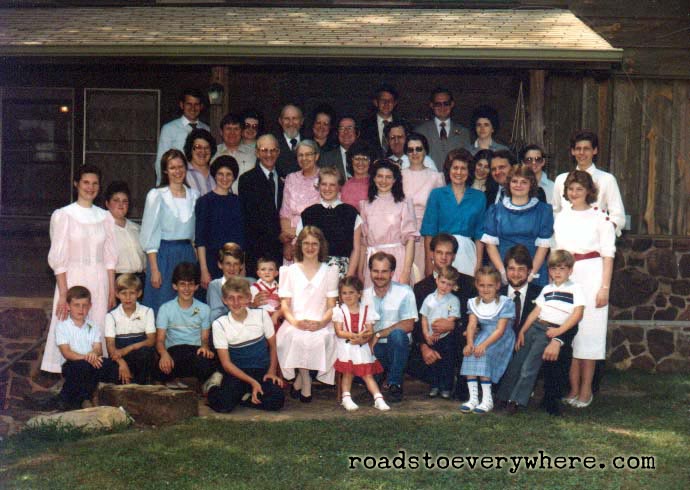 The next year, 1986, Granddaddy and Grandmother celebrated their 50th anniversary. All 10 children were there again, this time with 23 grandchildren. (The oldest grandson was in the Marines and couldn’t be there. And the youngest 3 were yet to be born.) 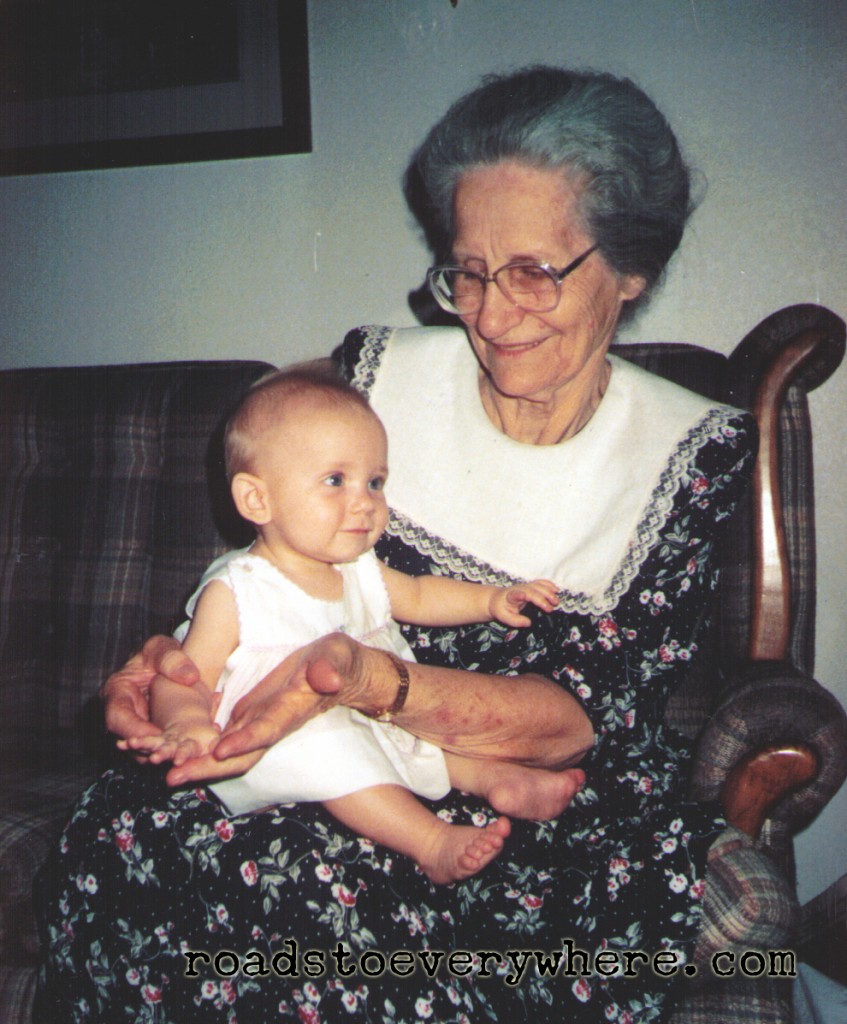 I love this picture of MawMaw Ezell tenderly holding my own sweet baby in 1993. 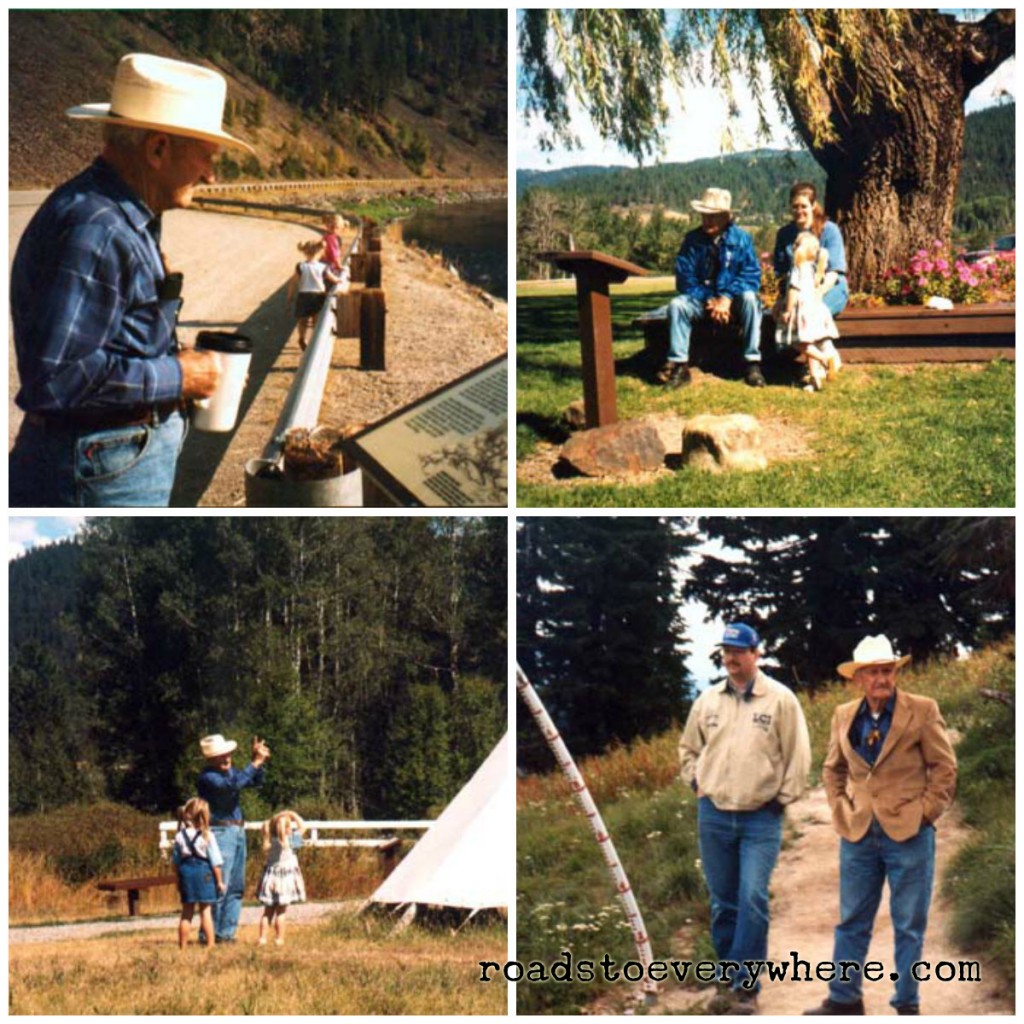 Other cherished memories are from 1999 when Granddaddy Easley came out and spent a few weeks with us at our home in Idaho. It was the year after Grandmother passed away. My children were 3 and 6. They don’t remember much about any of their great-grandparents except Granddaddy. I’m so glad we got to have that time with him.

As you can imagine I have many, many more memories of my grandparents. I am grateful for my heritage.

Children’s children are the crown of old men;

and the glory of children are their fathers.