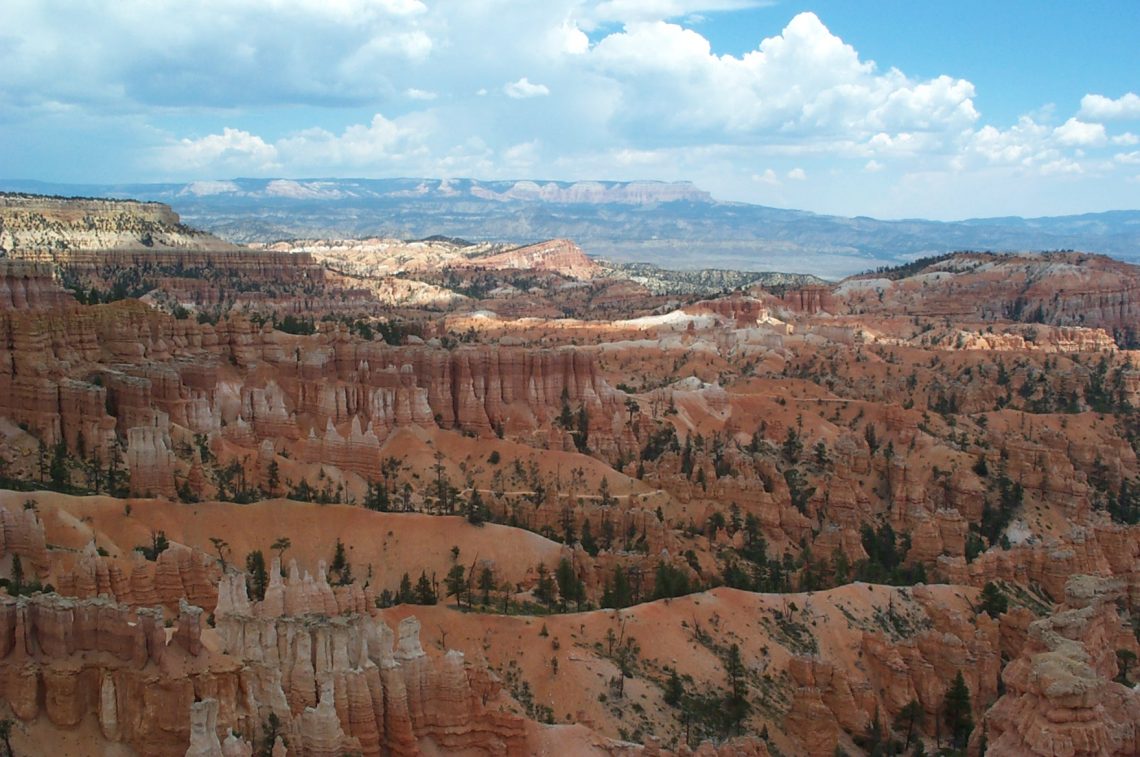 We just returned from a 10-day road-trip. Part of it was vacation, and part of it was work-related (homeschool convention). I’ll be posting highlights of the trip as a series. There’s too much to put in one post.

Our route took us from our home in north Idaho, down through western Montana, back through the bottom of Idaho, then down through Utah, hitting the Grand Canyon as we cut across Arizona to the central coast of California, then inland to Modesto where the convention was, and finally up through Oregon and Washington home again. 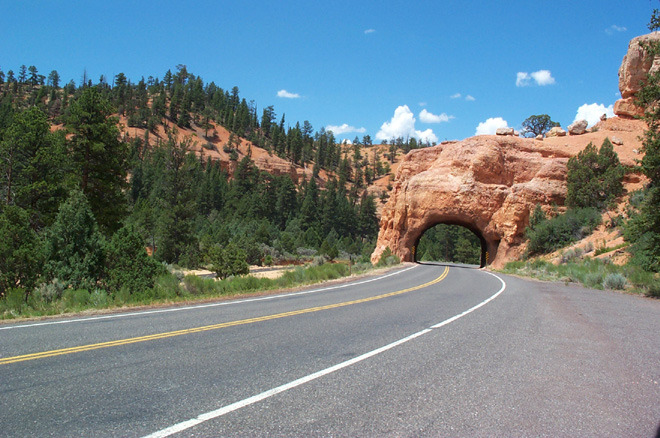 This first picture is of the highway through southern Utah. I love taking pictures of roads so this is a great one for my “collection”. (That’s partly why I named my website “Roads to Everywhere” referring to our love of road-trips.)

Our first sight-seeing stop was on Day 2 in Bryce Canyon National Park. We had never heard of it, but were passing right by it and we have a National Park annual pass so we decided to see what it was. (We got our annual pass for $50 at Glacier National Park when we were in Kalispell, Montana on Memorial Day weekend. It cost $25 for a one-time visit, or you could pay $50 for an annual pass that would get you into any National Park for 12 months. We knew we were planning to go to the Grand Canyon so 2 visits would pay for it. The visit to Bryce Canyon would’ve cost us another $20.) It was simply spectacular. 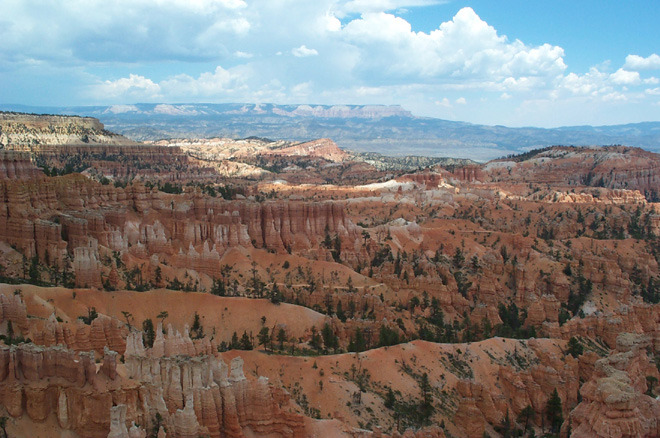 We stopped at one scenic overlook and it was a half-mile hike to the previous one (which we had missed as we drove past). It was along the rim of the canyon so we just hiked over there. The temperature was over 100 (a dry heat, but still very hot), so I suggested we catch the (free) shuttle bus and ride back to the car. Well, the shuttle system was kinda weird. The bus didn’t go directly back to where we had parked. Instead it went in the opposite direction back to the gate and visitor’s center. So we had to ride it back to the gate and catch another bus going back into the park. Lyle was a little frustrated, but the kids thought it was great fun to ride the bus, so I thought it was time well-spent. 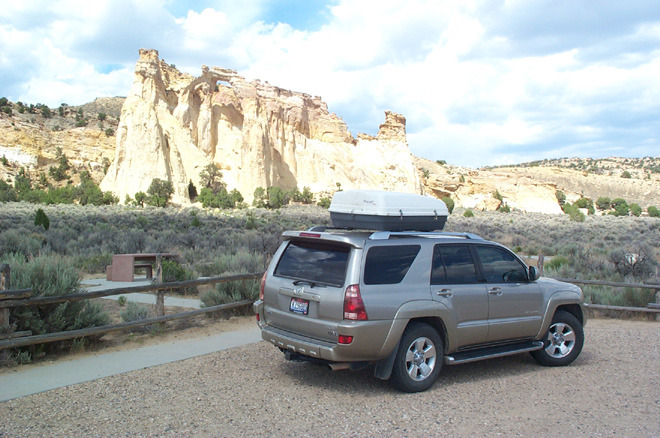 After we left Bryce Canyon we cut across through the Grand Staircase-Escalante National Monument… 40 miles on a complete unimproved dirt road. Lyle and his brother had accidentally driven over that road last fall when they went to Phoenix to pick up a printing press. The computer trip planner actually routed them that way. Lyle was impressed with the scenery in that area so he wanted to take me that way.