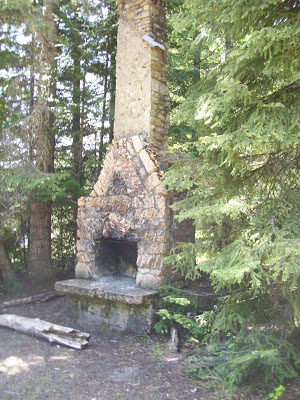 A few weeks ago I posted about a falling-down log cabin we came across along a mountain back-road. Since then we went camping on Priest Lake in extreme northern Idaho (just 17 miles south of the Canadian border).

As we were exploring the forest around the campground we came upon this beautiful fireplace. We could tell it had once been part of a building, from the way the stonework changes toward the top of the chimney. Naturally, we were curious. It was apparent that the fireplace had been used recently (there were ashes in it), but there were no other remains of a building around it.

The campground hosts were very friendly, so the next time we encountered them I asked them to tell me about the old fireplace. The host couple has been coming up here from Missouri every summer for 13 years so I was sure they would know. They did! 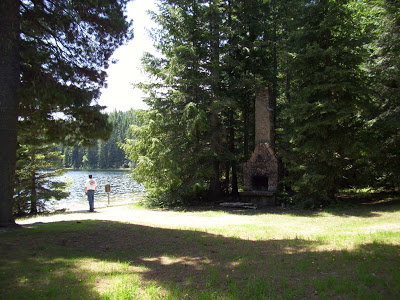 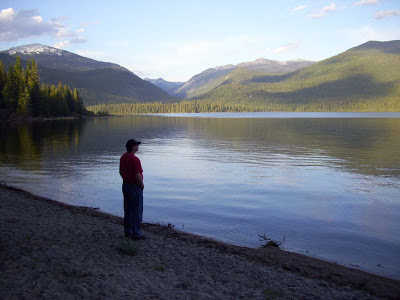 I can’t imagine why. If I had this view, I don’t believe I’d care to move.