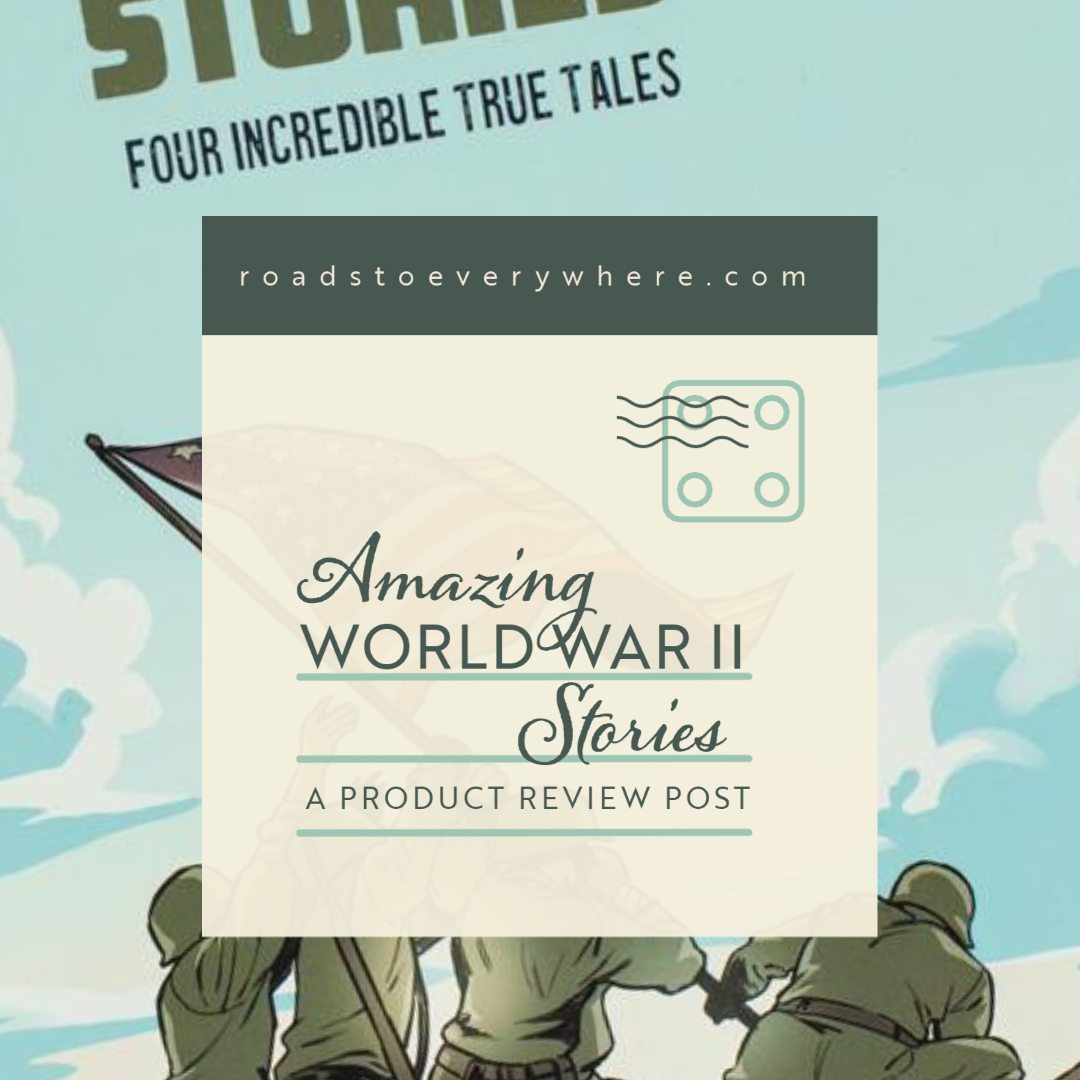 While graphic novels aren’t my personal favorite format for reading, I still highly recommend them for young readers.

Amazing World War II Stories, sold by Timberdoodle, is actually a bind-up of four graphic-novel-style books in one. For review purposes, Timberdoodle sent me the separate books, but if you decide to get them you’ll want the 4-in-1 volume as it’s a significantly better value.

“In times of war, acts of courage don’t always take place on the front lines. Bravery can be shown in many ways. Some heroes might fly dangerous missions in rickety old planes. Others use their skills to confuse the enemy on the battlefield. These action-packed, full-color graphic novels share the incredible true stories about several of these brave, yet little-known heroes of World War II.”

The Navajo Code Talkers was the one story, of the four, that I was at least a little bit familiar with. I knew that the U.S. military recruited young men from the Navajo reservations to transmit coded messages during the war. What I didn’t know was why the Navajo language was so ideal for developing into an unbreakable code and how it was used. This little book tells that fascinating story.

The Night Witches were a squadron of Soviet women who bomber planes.

“As they approached their target, the night bomber pilots would turn off their biplanes’ engines. The only sound from their planes was a whooshing in the dark. It sounded like a flying broomstick.”

I had no idea women were involved in combat like that during World War II.

The U.S. Ghost Army is another unusual aspect of the war that I had never heard of.

The ghost army was a secret group of soldiers who employed decoy tactics to distract and divert the enemy. For example, they had inflatable “tanks” which looked real from the air or from a distance. They also used audio recordings and other special effects to trick the Nazis.

The story of Louis Zamperini is truly incredible. He was in a plane crash, then afloat in a rubber raft at sea for several weeks… which is an incredible survival story all on its own. But then he was captured and sent to a Japanese prisoner of war camp where he was tortured for two years. How he survived and then was able to overcome the mental trauma afterwards is what makes this story so inspiring.

If you have a middle school or teen boy, or anyone who is intrigued by the World War II period, on your Christmas shopping list I highly recommend Amazing World War II Stories.

Along the same lines, I reviewed the 24-Hour History series of graphic-novel-style books a few weeks ago, which covered five different pivotal days in the 20th century. Two of those books covered D-Day and Pearl Harbor. They would be perfect to go along with these stories.

More reviews of other great products from Timberdoodle still to come this week. Stay tuned!