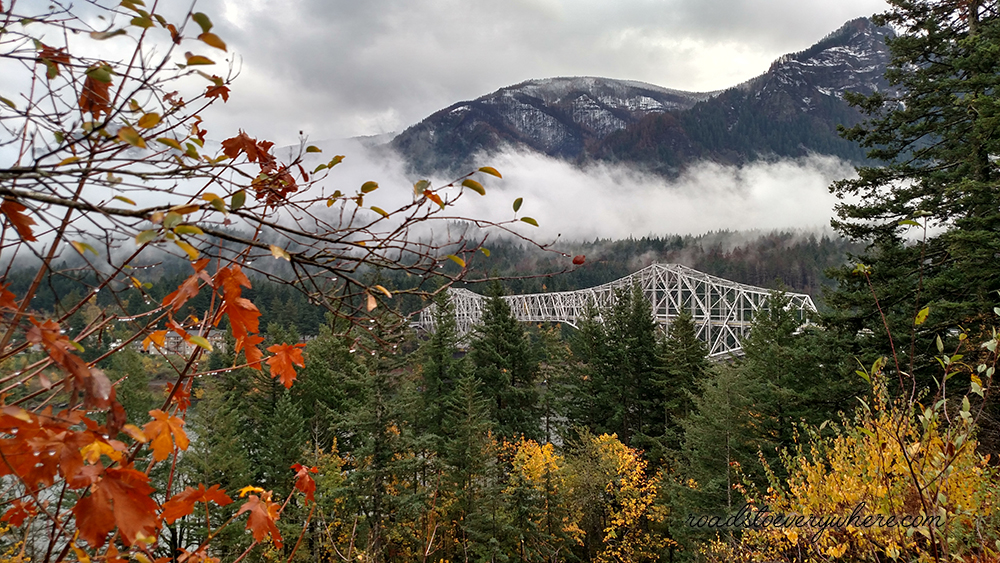 I have a love/hate relationship with the month of November.

On one hand, it’s the month I was born… and the month I got married… plus the month for giving thanks. So there are those celebrations.

On the other hand it’s so very dark and a not-so-pleasant harbinger of the winter months to come. There’s not much one can do about, though, is there? So we may as well find something to celebrate.

The first weekend of November Lyle and I went to the Oregon coast in celebration of our 32nd wedding anniversary.

32 years! That’s at least 20 years longer than it actually seems like it’s been. 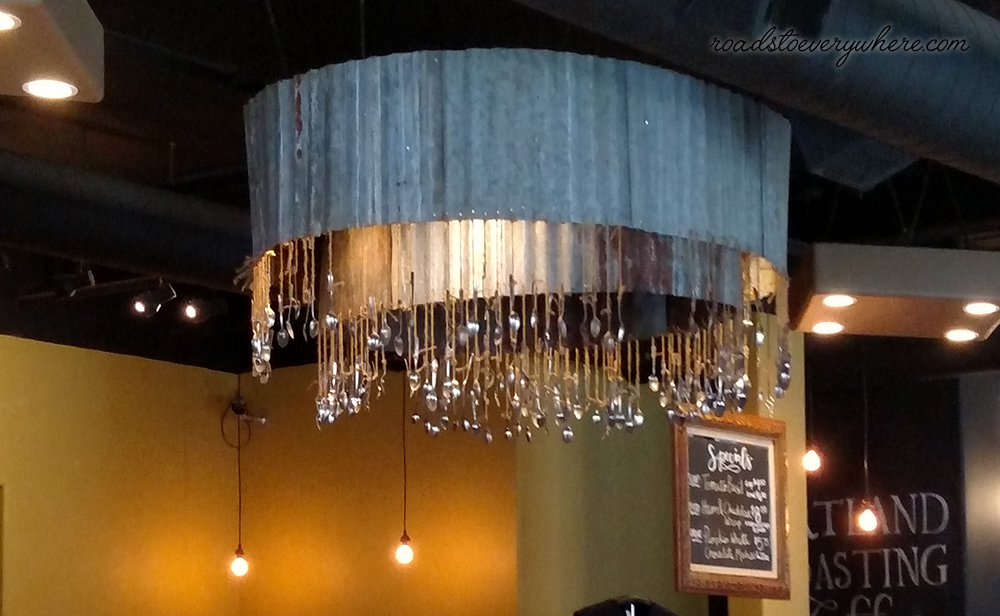 We left early Friday morning. It takes about 8 hours to drive to the coast from here. Along the way we stopped for coffee. I thought this spoon chandelier in the coffee shop was so interesting. I can’t imagine having such a thing in my home, but it’s perfect for a coffee shop, don’t you think? 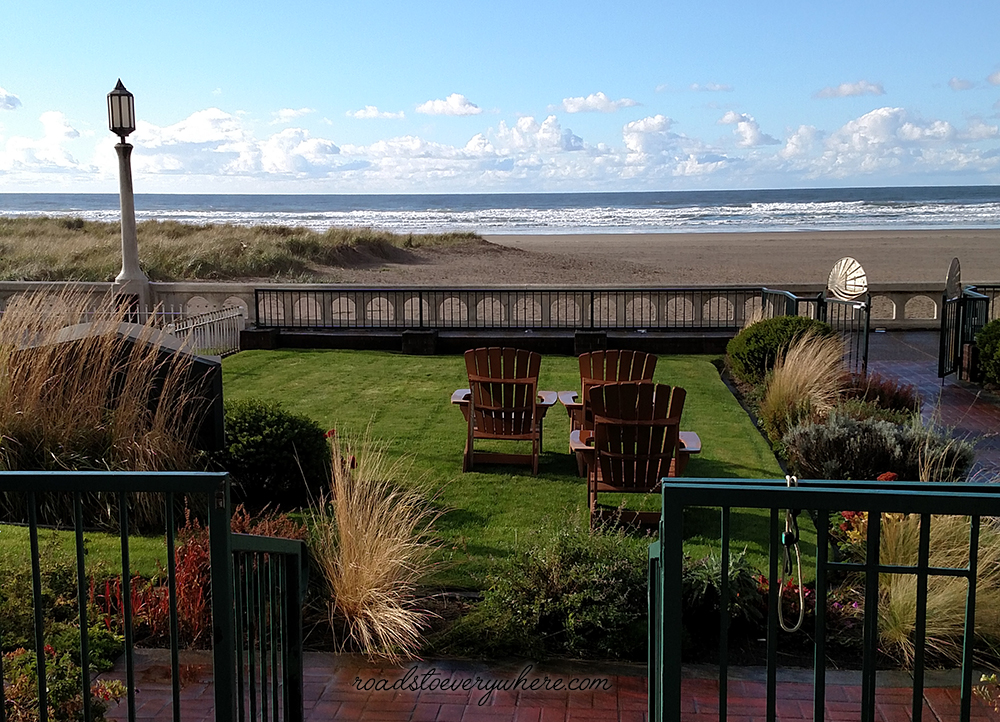 We were pleasantly surprised to find it sunny and warmish when we arrived at our destination in Seaside, Oregon that afternoon. This was the view from our room. 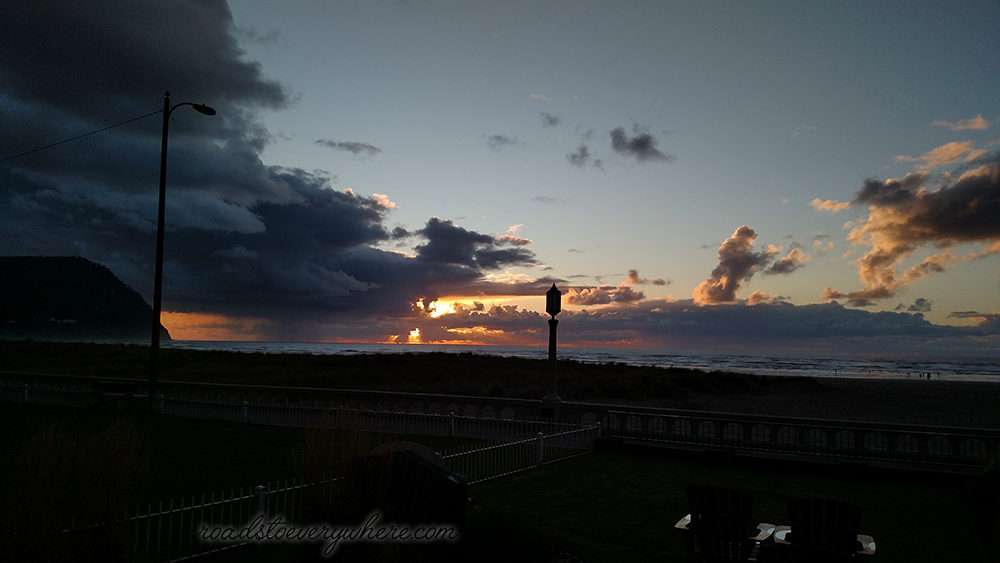 Later we enjoyed the most spectacular sunset I’ve ever seen over the Pacific Ocean. 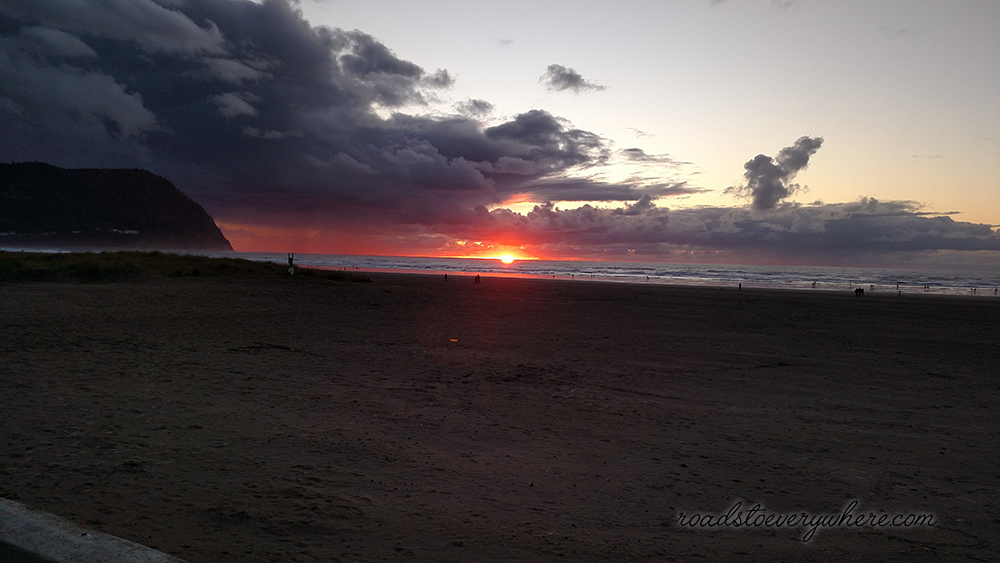 Often on the coast the western horizon is covered with clouds or fog so we don’t actually see the sun set over the water. This was breath-taking. 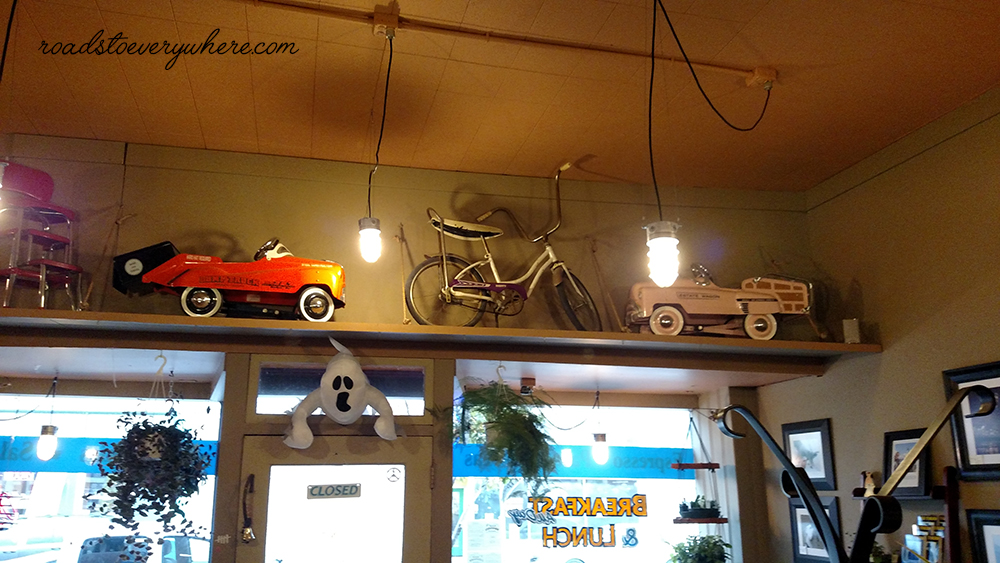 The next morning we walked to a whimsical little coffee shop for breakfast. I liked the vintage riding toys on display. 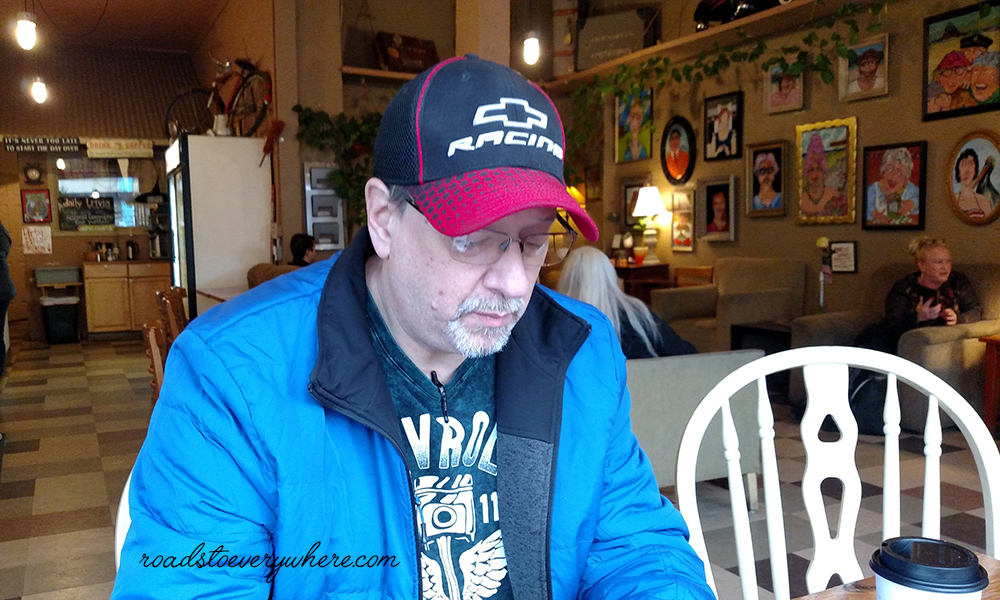 I was not as impressed with the “ugly” portrait gallery on the wall behind Lyle. Ha. 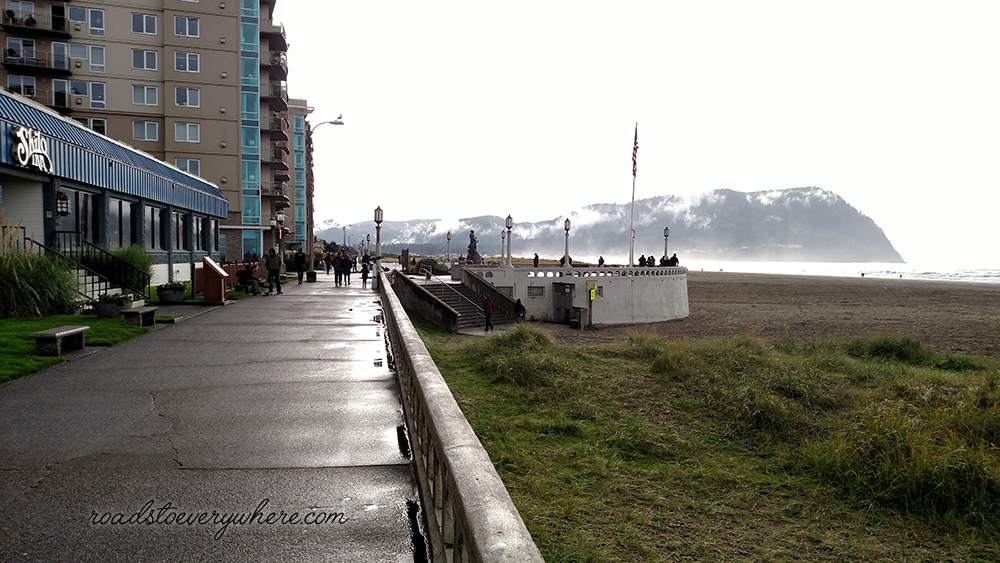 Apparently Seaside is known for the 1.5 mile long promenade along the ocean front. Saturday was drizzly and gray but we enjoyed getting out and walking anyway.

Notice the statue of Lewis and Clark? Seaside is not too far from their western destination where they spent the winter before heading back east.

We had planned to go home through Seattle on Sunday and go to church there. However, weather reports indicated that the pass on I-90 was closed due to snow that day, so we went home (almost) the way we came. This time we followed the north side of the Columbia River instead of the south side. The autumn colors were beautiful. 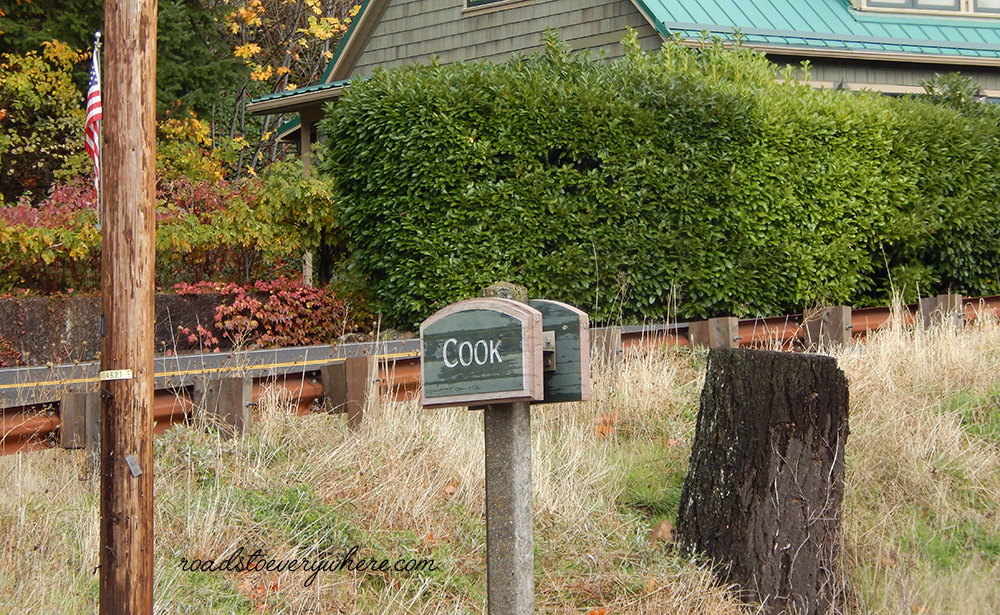 Something fun about that route: There is a sign for a community called Cook along the highway… 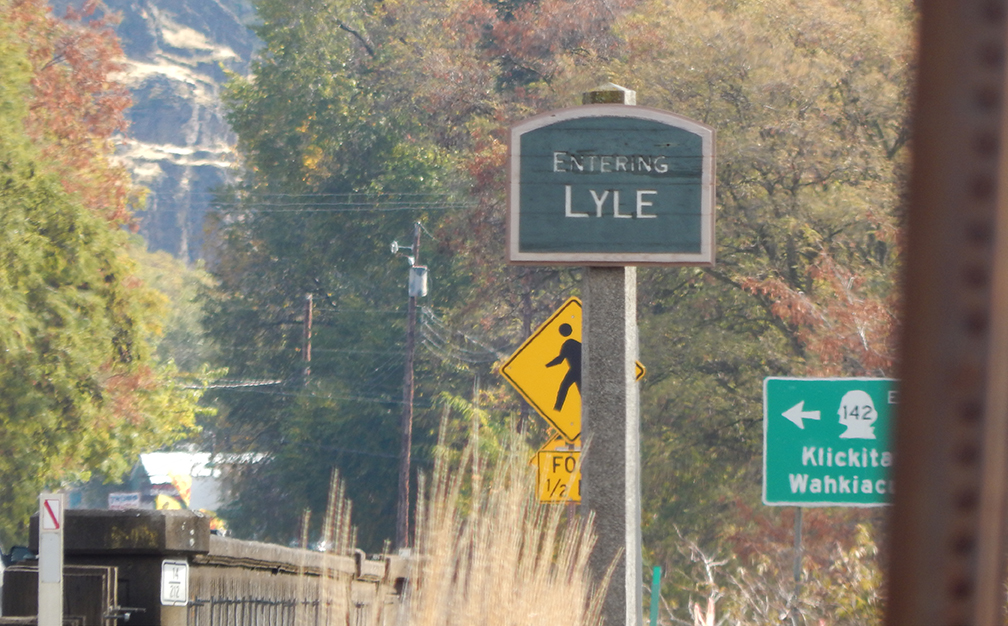 …and then 20 or so miles on down the road is a little town called Lyle. 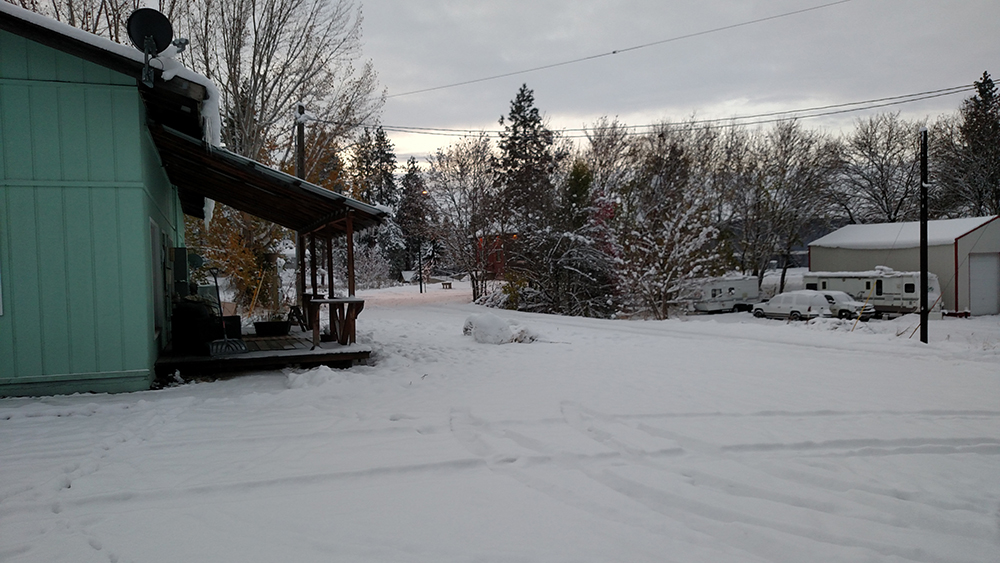 We arrived home shortly before dark (which comes much too early this time of year) to this beautiful scene.

I’m trying very hard not to complain, but I will admit that I’m glad it melted after a few days.