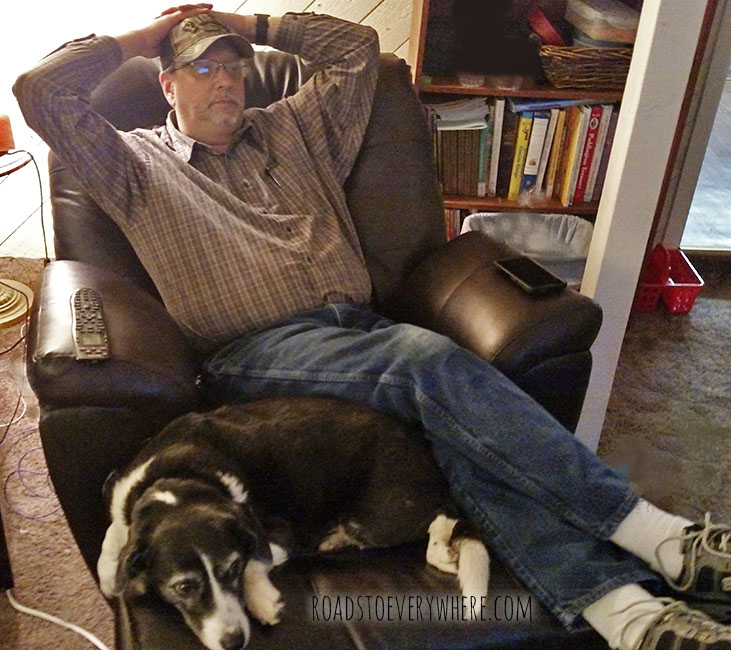 Sometimes being married means the woman tags along with her man to do manly kinds of things. Maybe that’s no longer politically correct in our gender-confused world, but that’s the way it is in our marriage, and we wouldn’t have it any other way.

For example, I’ve never been a sports fan, but the other day Lyle was wishing he had a buddy to watch the NFL playoffs with him. Someone besides his dog, that is. I have no interest in football whatsoever, but I told him I would watch a game with him if he would be willing to pause it every time I had a question and explain to me what was going on. I knew (and he knew) that it would take him twice as long to watch the silly game to do it that way, but yeah, he decided he’d like for me to do that.

Oh, my goodness. What an adventure that was. Once I figured out how to see where the ball was, it took many questions and explanations for me to understand that it’s essentially two-steps-forward-and-three-steps-back — I mean yards, not steps — all up and down the field. Even after I finally had a rudimentary understanding I still couldn’t see the appeal. I mean, how’s the guy with the ball supposed to make any progress if the other guys are allowed to tackle him, for Pete’s sake? Eh. Sorry, Sweetheart, I don’t think I’ll ever be a football fan.

Then there’s the day I went knife shopping with him. Lyle had some Christmas money and he decided he’d like to get a pocket knife. He was interested in getting a Buck Knife because their factory is only about 4 miles from the print shop where he works. He checked their website to see what was currently available. In the process of his research he was impressed with this statement on their warranty page:

“The fantastic growth of Buck Knives, Inc. was no accident. From the beginning, we determined to make God the Senior Partner. In a crisis, the problem was turned over to Him, and He hasn’t failed to help us with the answer. Each knife must reflect the integrity of management. If sometimes we fail on our end, because we are human, we find it imperative to do our utmost to make it right. If any of you are troubled or perplexed and looking for answers, may we invite you to look to Him, for God loves you.”

He decided Cabela’s would probably have the best selection of Buck Knives in our area, and so I tagged along with him to shop for his knife. 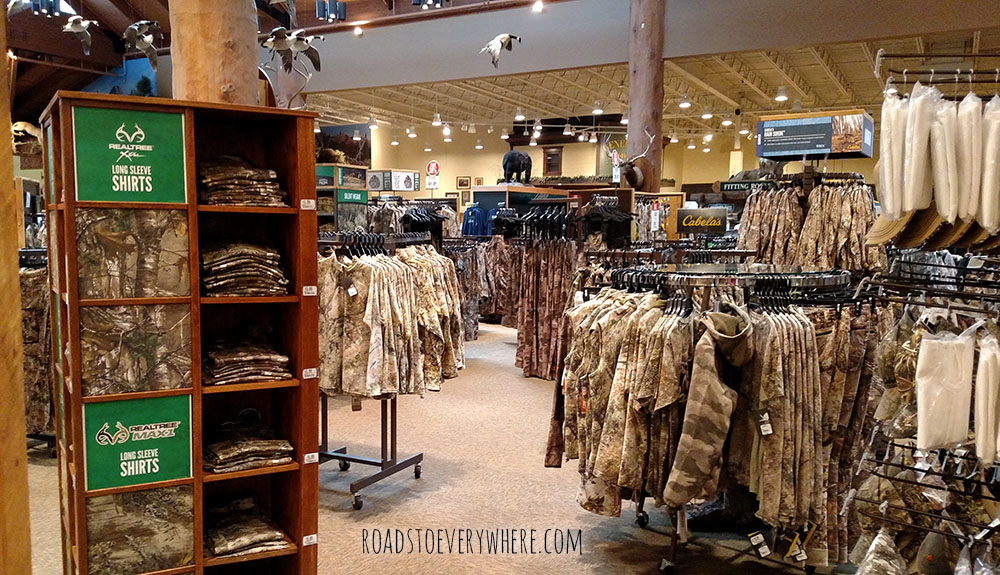 I don’t know how anybody finds anything in that store, with all that camouflage going on. Around these parts, camo is the main fashion statement for men… and some of the women!

Lyle ended up getting two Buck Knives… and one of them was actually camo. That’s what he said, anyway. I told him it looks like snakeskin to me, but no, he declared it was camo.

I asked him what he intended to do with his “camo” knife, since it’s a little large for a pocket knife. “Take it camping,” he said.

“Oh, for all the fish you catch and the game you need to skin?” I asked. Because he’s neither a fisherman or a hunter.

“Well, no,” he admitted. “But it will be handy for cutting ropes and things like that.”

“You should write a blog post about Buck Knives,” he said, “and tell about that statement I showed you on their website.”

“You could write it,” I offered. “It could be a guest post.”

And so, because sometimes a wife just does things because her husband asks her to, this is my blog post about Buck Knives.