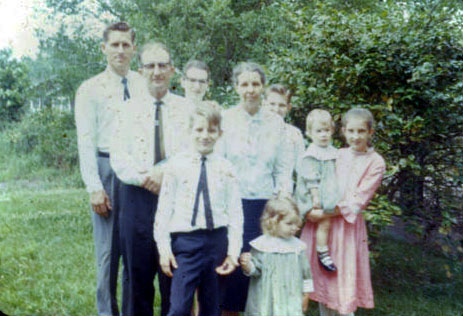 This past weekend Ozark View Chapel in Mountainburg, Arkansas celebrated their 50-year anniversary as a church.

During those 50 years they have only had 2 pastors: my Dad and my Granddaddy.

My grandparents moved to the Ozarks in 1966 when I was about a year old. Six of their 10 children were still at home. Their dream was to establish a homestead and start a church.

Sounds like something from pioneer days, doesn’t it? But no, this actually was in my lifetime.

My grandparents started off with some rental property out in the country. By 1968 they found a piece of land to buy and began to build their house. They met for church in a community building that had previously been a one-room school house.

During that time my family mostly lived other places where Dad was starting out as a pastor. However, we did live in Arkansas a couple of times when Dad was between pastorates so I remember the days of meeting for church in the old community building. 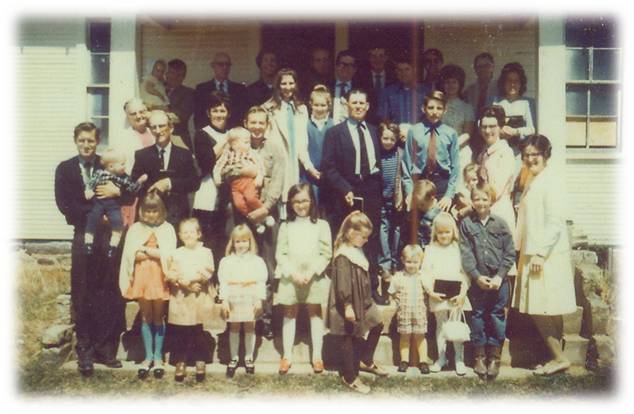 In the late 1970s someone donated a piece of property to the church. Construction began in 1983. The church was built debt-free under Granddaddy’s direction and it was dedicated in the spring of 1992.

Dad had been pastoring small congregations in Oklahoma, Louisiana, Michigan, Tennessee, Texas, Ohio, and Missouri from 1965 to 1992, usually 2 or 3 years at a place. Little did he know he would end up pastoring at Ozark View longer than all the rest of his pastorates put together.

Here’s how I remember it:

In June of 1992 I came to stay with Grandmother for a week and helped with Vacation Bible School. Grandmother was having some physical problems at that time but we had a good VBS.

A week or two later Granddaddy and Grandmother went to Indiana to welcome their 26th grandchild. While they were there Grandmother’s health problems got worse and it became apparent that they wouldn’t be able to return home when they had planned.

As it happened, my parents were between pastorates so Granddaddy asked if they would be willing to house-sit and fill in at the church until Grandmother was able to travel. Mother and Dad agreed. A few months later, after Granddaddy and Grandmother returned home, Granddaddy decided that he would like to retire from full-time ministry so he asked my parents to stay on.

I remember Dad thought maybe that wasn’t just exactly what God had in mind, but he said he would be willing to continue to help with the church until God opened another door.

Later that fall Lyle and I came to Arkansas one weekend to visit my parents. After the Sunday morning service I was standing beside my mother in the foyer shaking hands with people as they came out of the sanctuary. The people knew me from having been there to help with VBS that summer. I remember when one lady made the connection that these were my parents.

We have laughed about that a lot. We knew what she meant, of course, and I took it as a great compliment. After all, we children were reminded often, “You are a reflection of Daddy’s ministry.” Apparently, it comes with the territory of being a preacher’s kid. However, I make sure to remind my parents every now and then how lucky they are.

All joking aside, I count myself as the “lucky” one to have been blessed with this rich heritage. Dad’s churches have always been small, which gets discouraging at times, but just as my grandparents before them, my parents are faithful to minister to those who come across their paths, whether they attend church or not.

As Mother and Dad assimilated into the community Dad got a secondary job with the Alma school district, first in the maintenance department and later driving a school bus.

One by one the years went by. Every so often Dad would explore other options and look for other open doors. Each time it seemed God would say, “No. Not yet. Just stay here for now.”

After they had been here for a number of years, one of Dad’s regular school-bus riders handed him a note as she got off the bus one day.

Mr. Ezail,
I realized the other day that you basically watched me grow up. I started riding the bus when I was five years old, and now I am going to get my license and probably won’t ride the bus again, but a few times. You did more than just drive me to school. You really paid attention to me and the things I was involved in. To me, you are more than that old man that drives my bus, you really were a big part of my life, and a friend to me, and I thank you for that. I am very glad to have gotten to know you, and even though I will not be on the bus any more, I hope to see you around.

I never met Molly, but her note makes me smile. It’s the little things… the paying attention… the being a friend… that touch people’s lives. In this life we may never know how our daily faithfulness to the little things may impact someone else’s life for eternity. 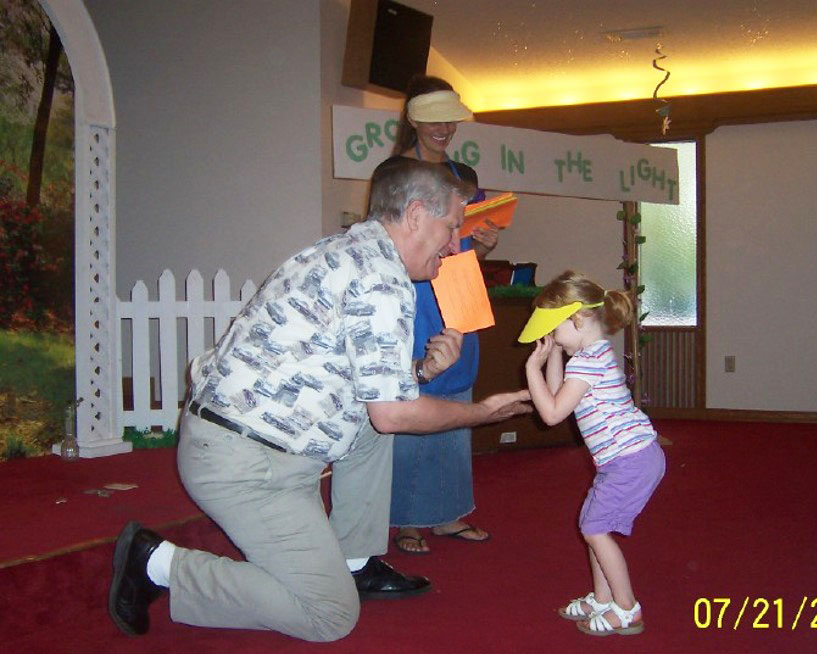 As with anything, sometimes it’s hard for us to see God’s plan, but we are confident that He has one. Our part is to be faithful to His call on our lives day by day.