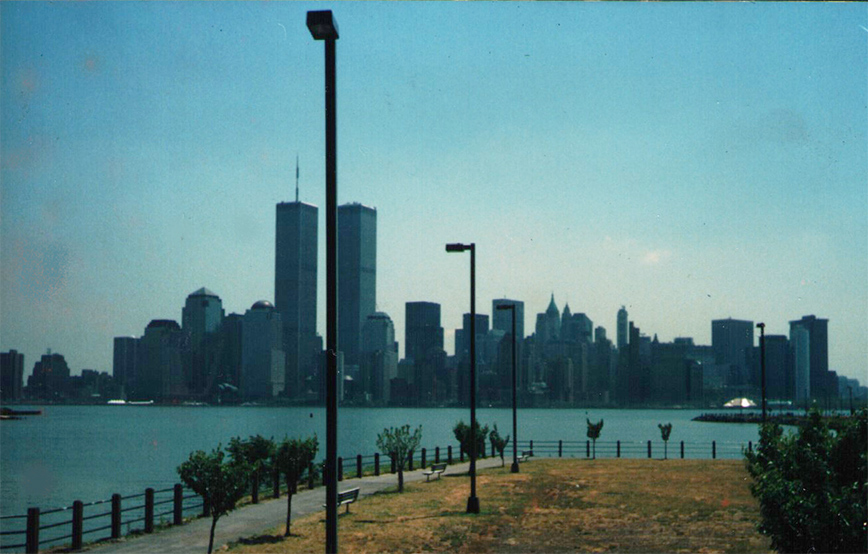 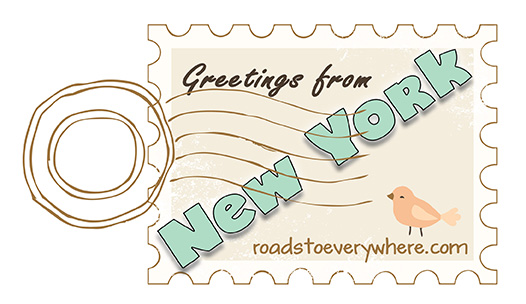 Day 12 of our virtual road trip takes us northeast from Pennsylvania to New York.

In 1991 when Lyle and I made a trip from Kansas to Pennsylvania we took one day to visit New York City. Here is my scrapbook and journal from that experience.

We set out to see the Statue of Liberty today, leaving Easleys’ about 9:30 a.m. and arriving at Liberty State Park in Jersey City, New Jersey about 11:00. 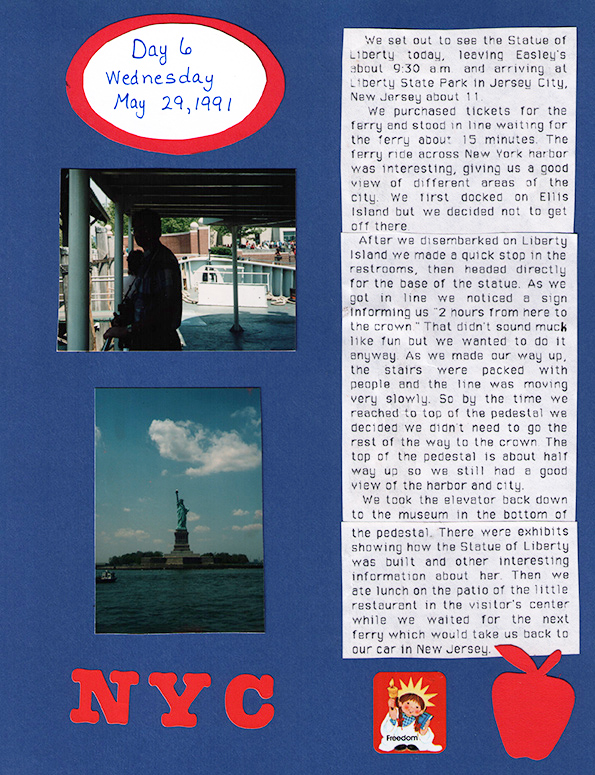 We purchased tickets for the ferry and stood in line waiting for the ferry about 15 minutes. The ferry ride across New York Harbor was interesting, giving us a good view of different areas of the city. We first docked on Ellis Island but we decided not to get off there. 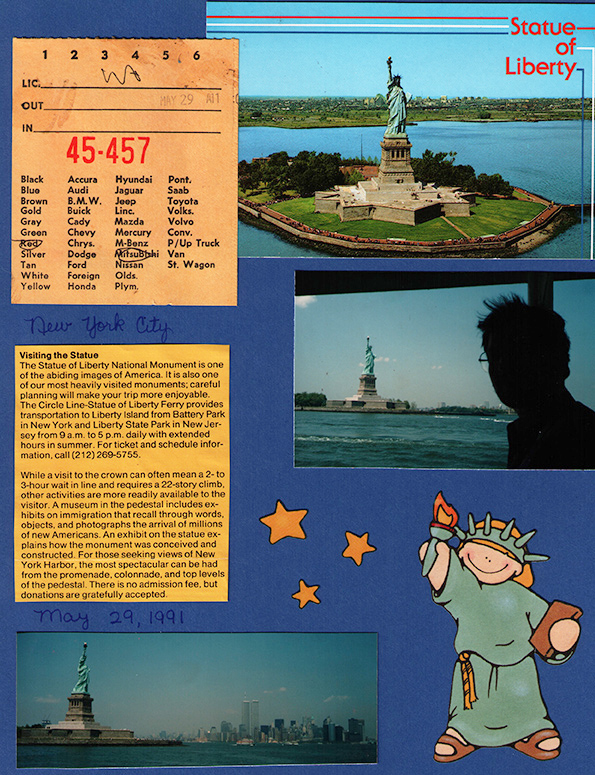 After we disembarked on Liberty Island we made a quick stop in the restrooms, then headed directly for the base of the statue. As we got in line we noticed a sign informing us “2 hours from here to the crown.” That didn’t sound like much fun but we wanted to do it anyway. As we made our way up, the stairs were packed with people and the line was moving very slowly. So by the time we reached the top of the pedestal we decided we didn’t need to go the rest of the way to the crown. The top of the pedestal is about halfway up so we still had a good view of the harbor and city.

We took the elevator back down to the museum in the bottom of the pedestal. There were exhibits showing how the Statue of Liberty was built and other interesting information about her. Then we ate lunch on the patio of the little restaurant in the visitor’s center while we waited for the next ferry which would take us back to our car in New Jersey. 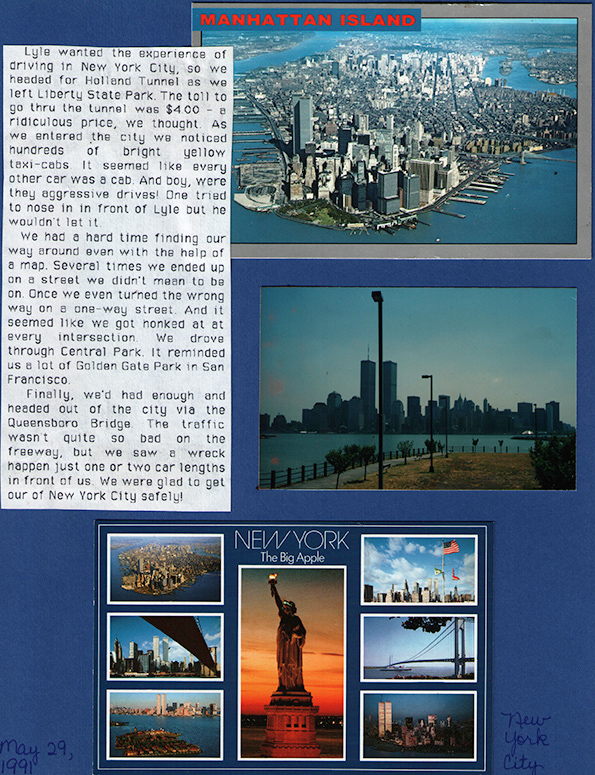 Lyle wanted the experience of driving in New York City, so we headed for Holland Tunnel as we left Liberty State Park. The toll to go through the tunnel was $4.00–a ridiculous price we thought. As we entered the city we noticed hundreds of bright yellow taxi-cabs. It seemed like every other car was a cab. And boy, were they aggressive drivers! One tried to nose in front of Lyle but he wouldn’t let it.

We had a hard time finding our way around even with the help of a map. Several times we ended up on a street we didn’t mean to be on. Once we even turned the wrong way on a one-way street. And it seemed like we got honked at at every intersection. We drove through Central Park. It reminded us a lot of Golden Gate Park in San Francisco.

Finally, we’d had enough and headed out of the city via the Queensboro Bridge. The traffic wasn’t quite so bad on the freeway, but we saw a wreck happen just one or two car lengths in front of us. We were glad to get out of New York City safely!

Have you been to New York? If so, please share a memory in the comments! That will make this series even more fun!