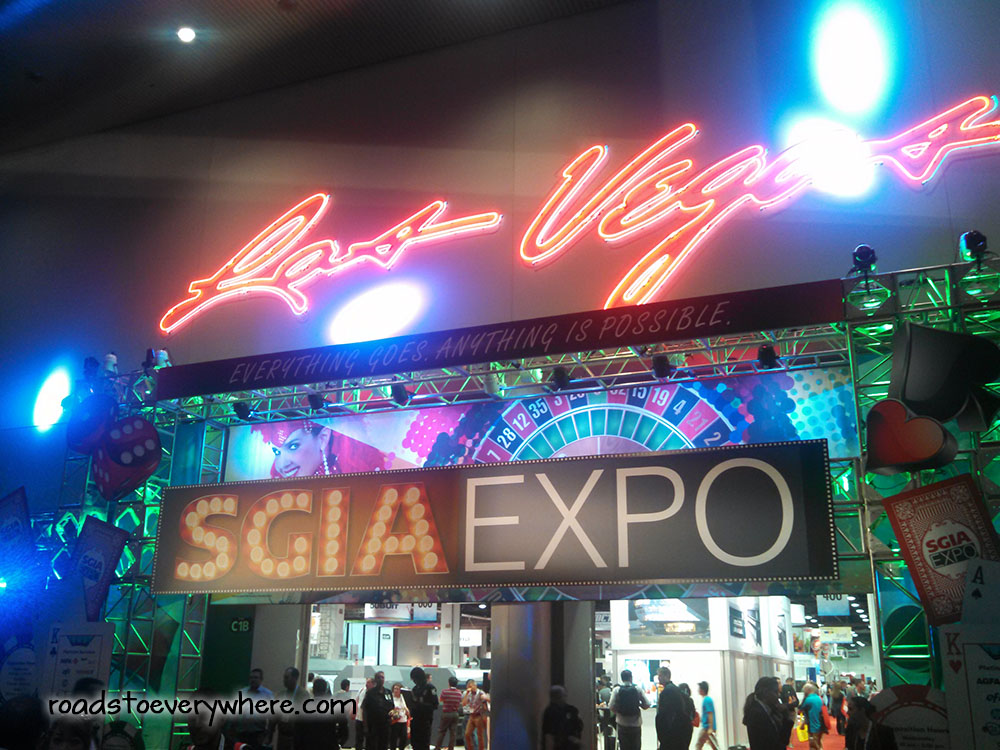 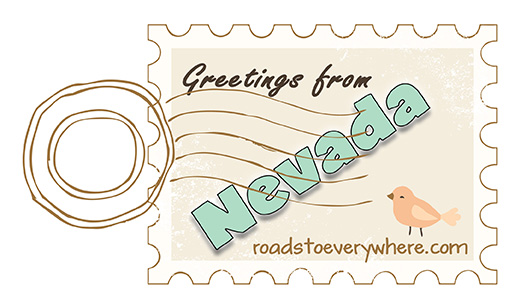 Day 25 of our virtual road trip takes us northwest from Arizona to Nevada.

About 2 years ago Lyle told me that his boss was going to send him to Las Vegas for a trade show. Neither of us had been to Vegas, and really had no desire to go, but if Lyle was going I wanted to go. I had some frequent flyer miles and the only cost for me to go would be my food.  So even though our finances were tight we decided we could do that. 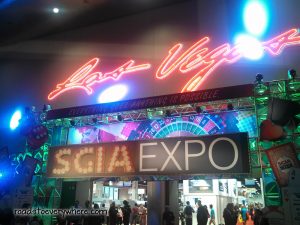 Lyle asked his boss if it would be okay if I went along. Not only was it okay with her, she told him to take me out for a nice dinner on her while we were there. She bought his plane ticket and reserved and paid for our hotel room and told him to save his receipts for his meals and any other expenses, and she would reimburse him. We would be gone just a little more than 2 days–leaving early on a Tuesday and getting back late on Thursday.

I was able to get on the same flight with Lyle and his co-worker who was also going. We arrived at our hotel about 9:00 a.m. which was, of course, too early to get our rooms. The hotel would hold our luggage until they had our rooms ready for us.

In the process of checking in we discovered that the hotel needed a credit card on file, even though the room was already paid for. That was in case we wanted to charge anything to our room– you know, like booze from the mini-bar or what-not. It didn’t matter that we had no such intentions. That was their policy.

We didn’t have a credit card with us, so we gave them our debit card. Unfortunately, that meant that they put a hold on our funds– I can’t remember the exact amount, but it cut it way too close for comfort. We weren’t sure it would leave enough for meals for the two days and for sure, not enough for the “nice dinner.” We determined we just wouldn’t buy anything and maybe just get by with eating at McDonald’s down the street or something.

The guys’ meeting started about 1:00, so we had some time to kill. The other guy decided to go see if he could win some money. We weren’t interested in gambling so we decided to just walk around and gawk at things. We were so out of our element. 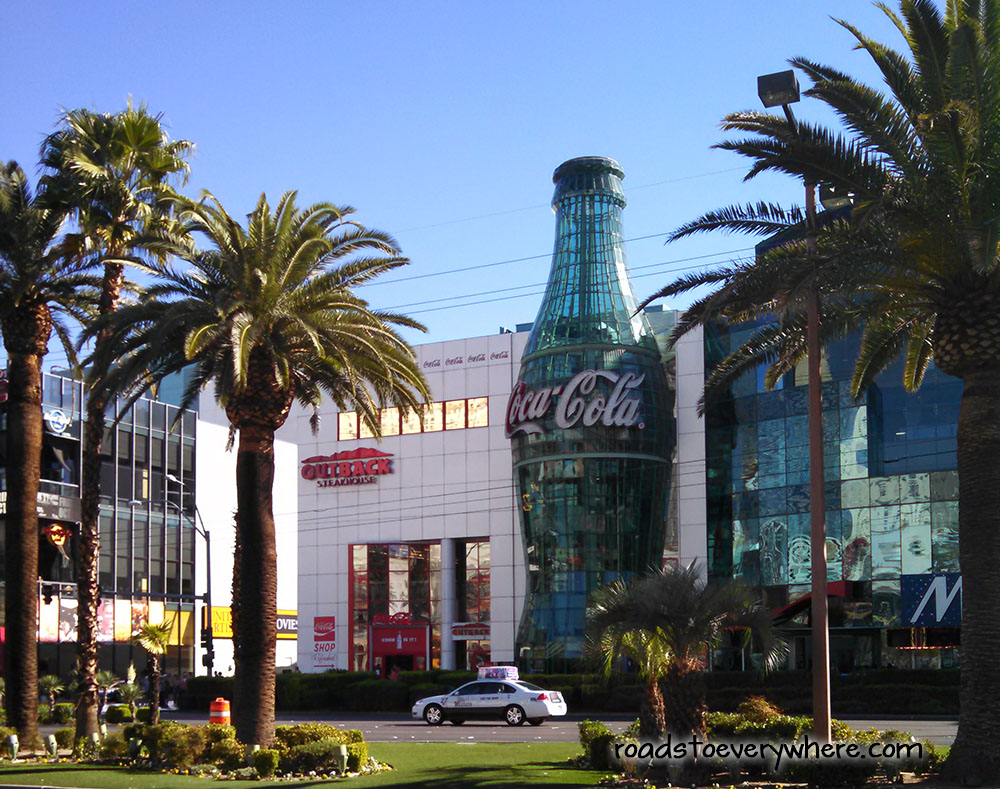 Our hotel was on the Strip and since we didn’t rent a car, we had previously bought a two-day pass for the monorail which runs the length of the Strip. The monorail stops are behind the casino/hotels, and you have to go through a casino lobby to get out to the street. We wended our way through the maze, ducking in a few interesting looking stores– the M&M store, the Coca-Cola store, things like that. Finally, we were out on the street. We stopped to get our bearings and were trying to decide where to go next when a man approached us and asked if we were married.

Well, turned out he was hawking a time-share kind of deal. You know the type–listen to our spiel for some nice freebie. He was offering show tickets as an incentive.

“I can get you two free tickets to [some show]. Would you like to see that show?”

He offered 2 or 3 other shows. Finally we told him we just weren’t into shows.

We looked at each other and decided that since we didn’t have anything better to do for the next 2 or 3 hours, we would be willing to sit through their presentation for $100. So that’s what we did. It was cutting it close for Lyle to get to his meeting on time, but he made it. Our room was ready by then, so I went back to the hotel.

When Lyle met up with his co-worker, the other guy said, “Well, I’m down $50 for the morning.”

When he told his friend what we did, the guy laughed and said, “I’m not doing that!”

Ordinarily, we wouldn’t have either–but in this situation, we were sure happy to have that cash. We went out for our nice dinner and all was well.

It makes a great story: “That time we went to Las Vegas and won $100 without gambling!”

Overall, going to Las Vegas was an interesting experience. I relaxed in our room part of the time, then rode the monorail down to the convention center and wandered around the SGIA trade show vendor hall. SGIA stands for Specialty Graphics Imaging Association and basically what that means is “printing on anything except paper”– signs, banners, car wraps, t-shirts, mugs, stuff like that. Lyle attended several workshops during the day, so I had plenty of time to just look around. 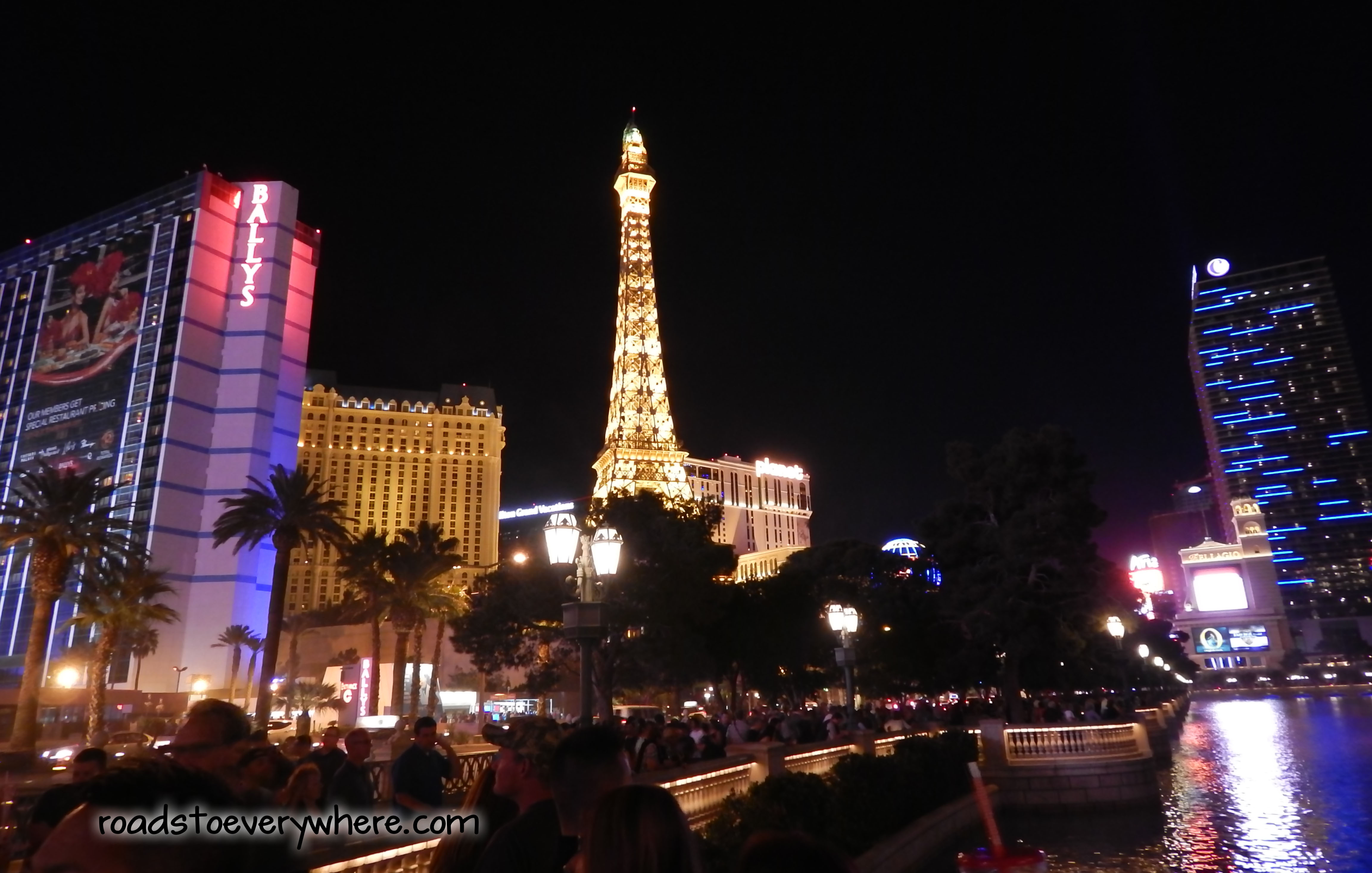 One evening we walked down the Strip to see the lights and the fountains and such. There were way too many people milling around for my comfort. I’m glad we got to do it once, but I don’t care if we never make it back to Las Vegas again. Since we aren’t into gambling or shows it doesn’t hold much appeal for us. They don’t call it Sin City for nothing. It’s just not an atmosphere I enjoy.

Probably if we had had more time and rented a car so we could have gotten off the Strip, we would have enjoyed it more.

Have you been to Nevada? If so, please share a memory in the comments! That will make this series even more fun!