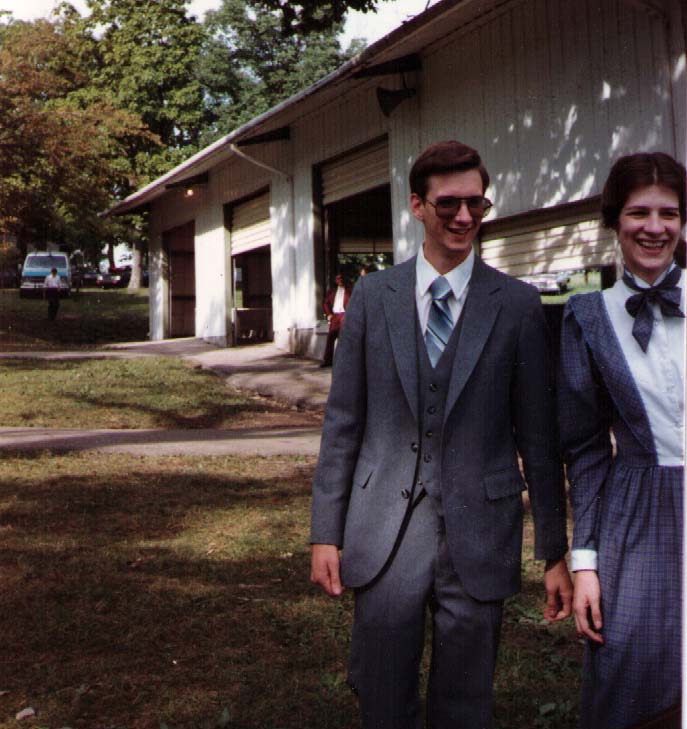 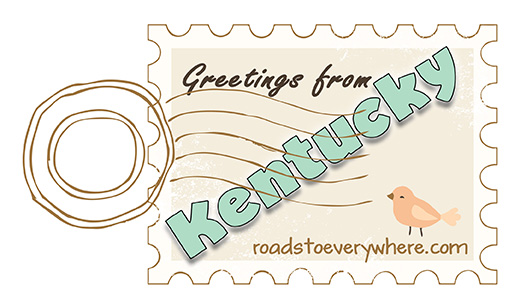 Day 9 of our virtual road trip takes us north from Tennessee to Kentucky.

The main thing I remember about Kentucky is going to church camp in Wilmore every fours years from 1976 – 1988. The small denomination we were a part of had a “general camp” every quadrennial (seriously, that’s what they called it!) at the Holiness campground that was connected with Asbury College there in Wilmore. General Camp was when people from our churches all over the country–actually, all over the world, I guess, since there were always missionaries there, too–came together for an old-fashioned campmeeting. I always looked forward to it.

The first time I got to go I was 10. That year my parents took me, two of my young aunts, and one of my cousins from Arkansas to Kentucky for the camp. My siblings stayed in Arkansas with our grandparents. I can’t remember why the arrangements were worked out that way, but that was not the usual way we did things. In fact, that’s one of the few trips I remember from my childhood that I went on without my younger sisters and brothers.

I asked Rachel (one of the young aunts) what she remembered about the trip. To my surprise, she remembered less than I did. She said, “I just remember we rode in the van for hours and hours.”

We did. That was during the time when the national speed limit was 55mph so it took nearly forever to get where you were going. I remember playing with Rachel’s Etch-a-Sketch and a Barbie-style pioneer doll she brought. I don’t remember what I brought along to keep us occupied. Books maybe, knowing me.

She and I don’t remember much about the camp that year. One thing I do remember is that Mother told me that she got to go to Wilmore Camp the summer she was 10, too. That would have been in 1952. This is what their family looked like at that time. (There’s one little uncle front-and-center that I overlooked the first time I saw this picture–just the top of his head, see? My grandparents had 6 children at that time, with 4 yet to be born.) 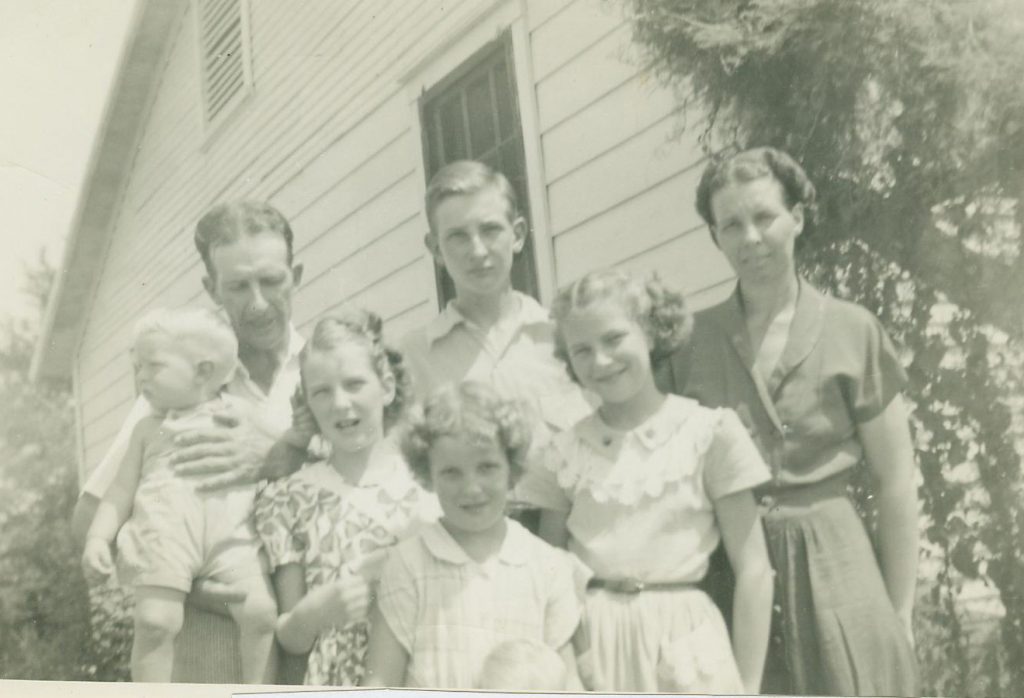 Among my grandparents’ ephemera I found a calendar that marked the days of their vacation that year:

Comanche is in Texas, and Tom was one of Granddaddy’s uncles who lived in Comanche. Apparently they had a family reunion there.

I don’t have a list of our itinerary in 1976, but I know we got to do a little sight-seeing in Kentucky on our way home from camp. That was the first time we had ever done such a thing. We went to Mammoth Cave, a wax museum nearby, and Lincoln’s birthplace.

My memories of those sight-seeing stops are pretty vague, too. I remember when they turned off the lights on our tour of Mammoth Cave that I was glad my daddy was close by to hold onto. I remember my cousin was just sure one of the wax figures’ eyes moved in the wax museum. I remember the spring at Lincoln’s birthplace and that the log cabin was inside another building, which I thought was weird. We bought little souvenirs to take home to the other kids. And that’s about all I remember about that.

In 1980 our whole family went to camp at Wilmore along with my grandparents and Rachel. I was 14. Rachel was 16. We speculated about whether we might get boyfriends at camp. We didn’t think it was too likely, but you just never know. We didn’t get boyfriends that year. But what we didn’t realize was that both of our future husbands were at that camp, too. So I guess we did have boyfriends there after all. We just didn’t know it.

In fact, Lyle took these pictures there that year: 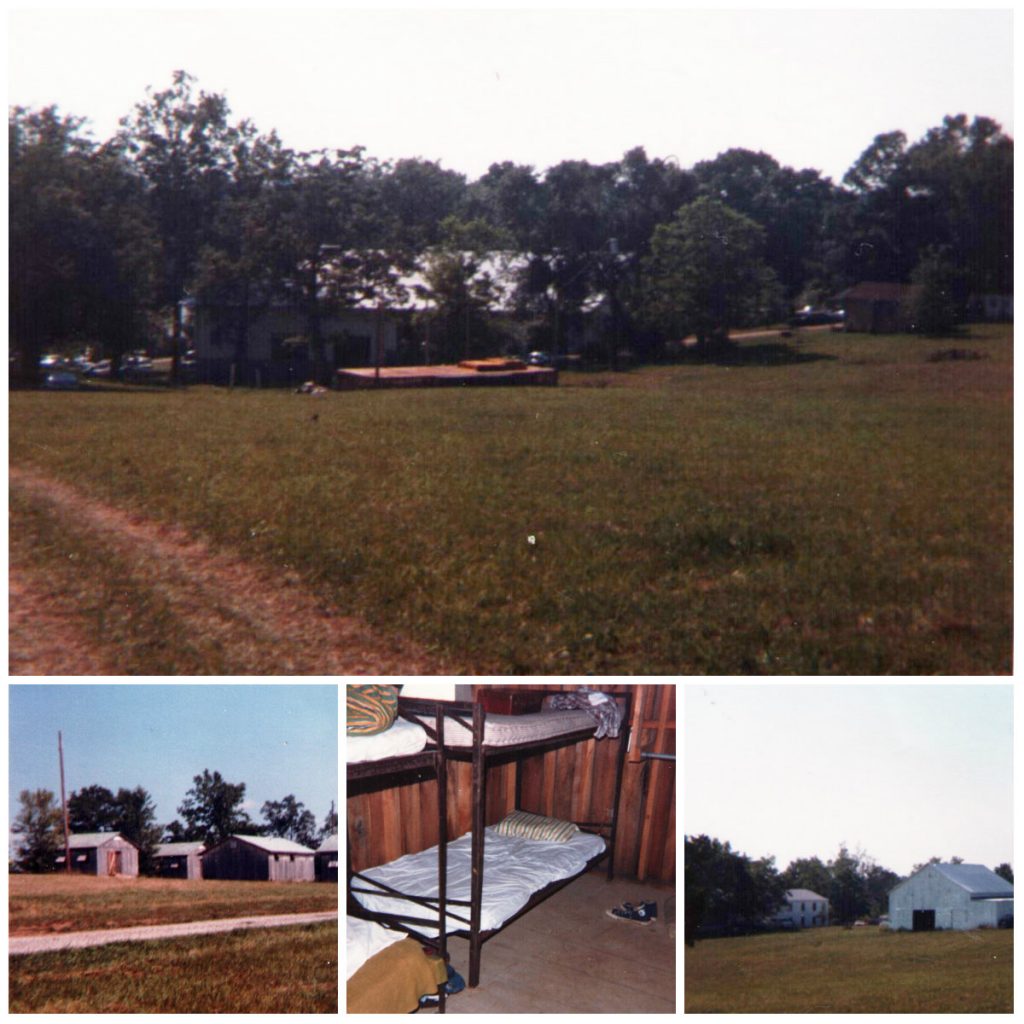 Four years later when we went to camp, he and I were engaged.

We were so young. And happy. And skinny.

Have you been to Kentucky? If so, please share a memory in the comments! That will make this series even more fun!